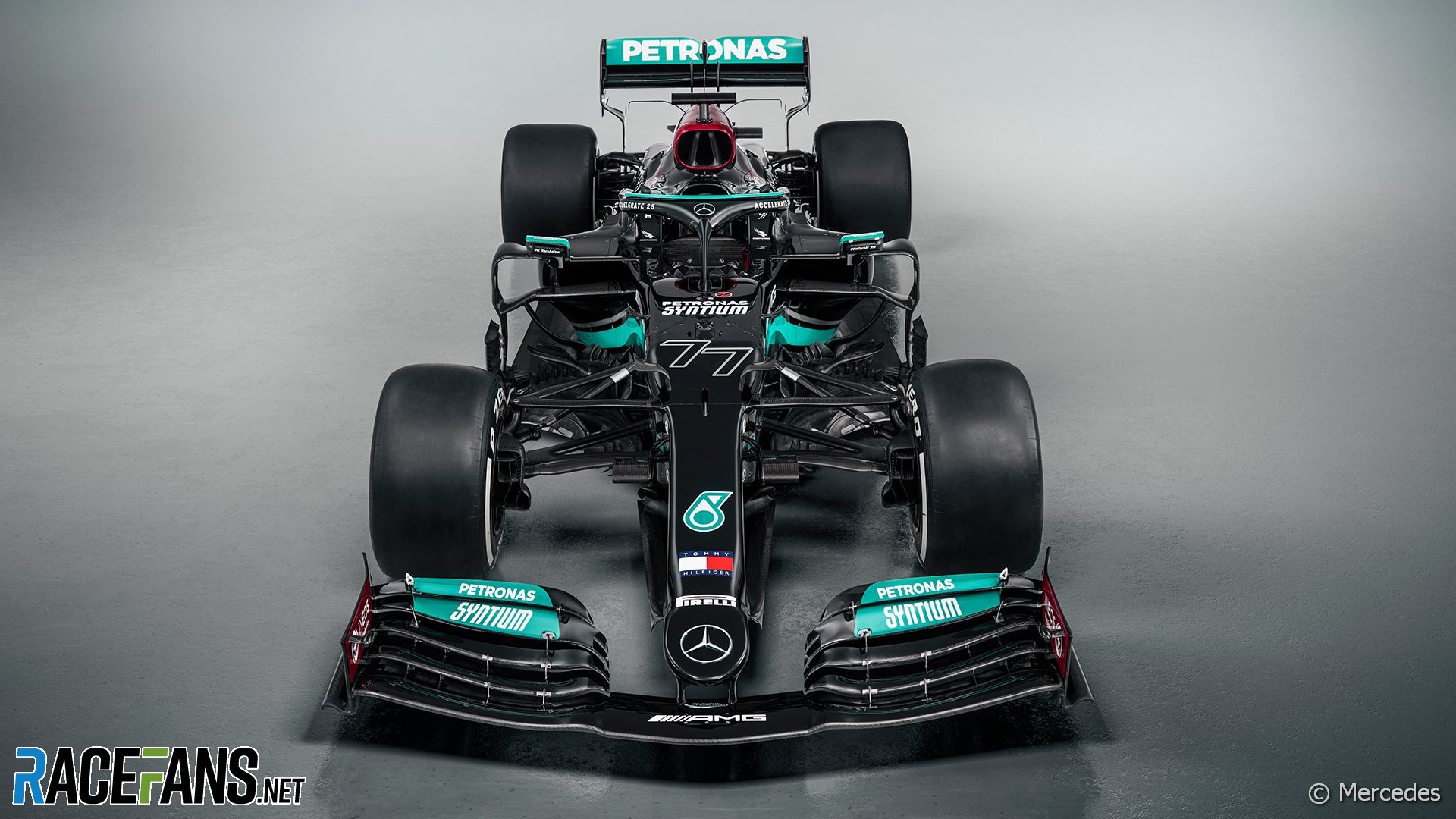 Last month the head of Mercedes-Benz High Performance Powertrains Hywel Thomas referred to “some issues” with their engine in a video published by the team. This prompted speculation problems had arisen with the new M12 power unit which they and customers Aston Martin, McLaren and Williams will use this year.

Wolff rejected those claims during the team’s presentation of its new Formula 1 car on Tuesday.

“We didn’t have particular problems on reliability in the power unit,” he said. “Obviously, if you do long runs at peak power, there will be a lot of learning what gives up first. But it’s all under control.”

He added the team has made further progress in improving their heat management, which has been an occasional weakness during their dominantion of the turbo-hybrid era.

“We have had years where we struggled for cooling, where our pre-season simulations didn’t reflect precisely what was happening on the track. I think we’ve made a big step there.”

Teams have limited development opportunities with their latest power units. Once the season begins they will not be able to upgrade them again until next year, at which point a development freeze will come into force until the end of the current power unit regulations.