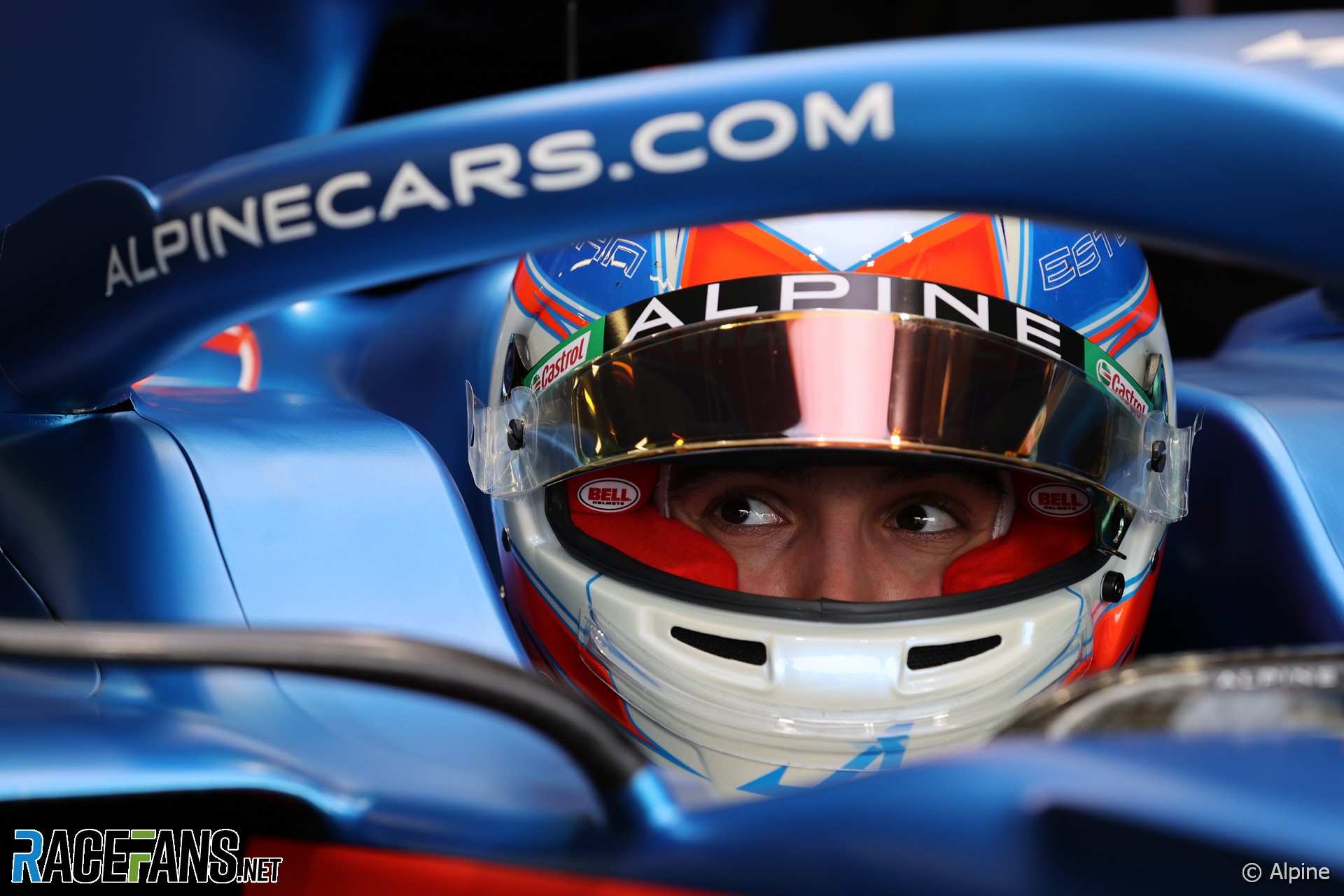 Esteban Ocon has no doubt new team mate Fernando Alonso will be ready for the season-opener in Bahrain later this month despite his two year absence from F1 recent and cycling accident.

Alonso was unable to participate in Alpine’s recent launch and filming day for its new A521 following his cycling crash which left him with a fractured jaw.

“With his experience and all that he’s done over the years, I think straight away from the first race, he will be on it,” Ocon predicted. “So I expect him to be a tough opponent for sure.”

Alonso tested with Renault several times late last year in preparation for his return to F1 this season. He will be Ocon’s most experienced team mate to date.

“Fernando is a two-time world champion, so it would be the first time that I work alongside a world champion,” Ocon said. “So that’s very interesting. I expect Fernando to be ready.”

Ocon was out-scored by previous team mate Daniel Ricciardo last year but showed strong form towards the end of the season, scoring his first podium at the Sakhir Grand Prix. Their relationship on and off-track stayed positive and Ocon is positive that he will be able to repeat this with Alonso.

“I always had a great relationship with Fernando. Even when we are racing back together in 2017 and 2018. I always have so much respect for what Fernando has done over the years.

“Also racing with him. I have always been very close, but very fair and very enjoyable. I’m definitely looking forward to teaming up with him properly in an event. So far it’s been a great collaboration and I expect it to be the same for the rest of the year.”