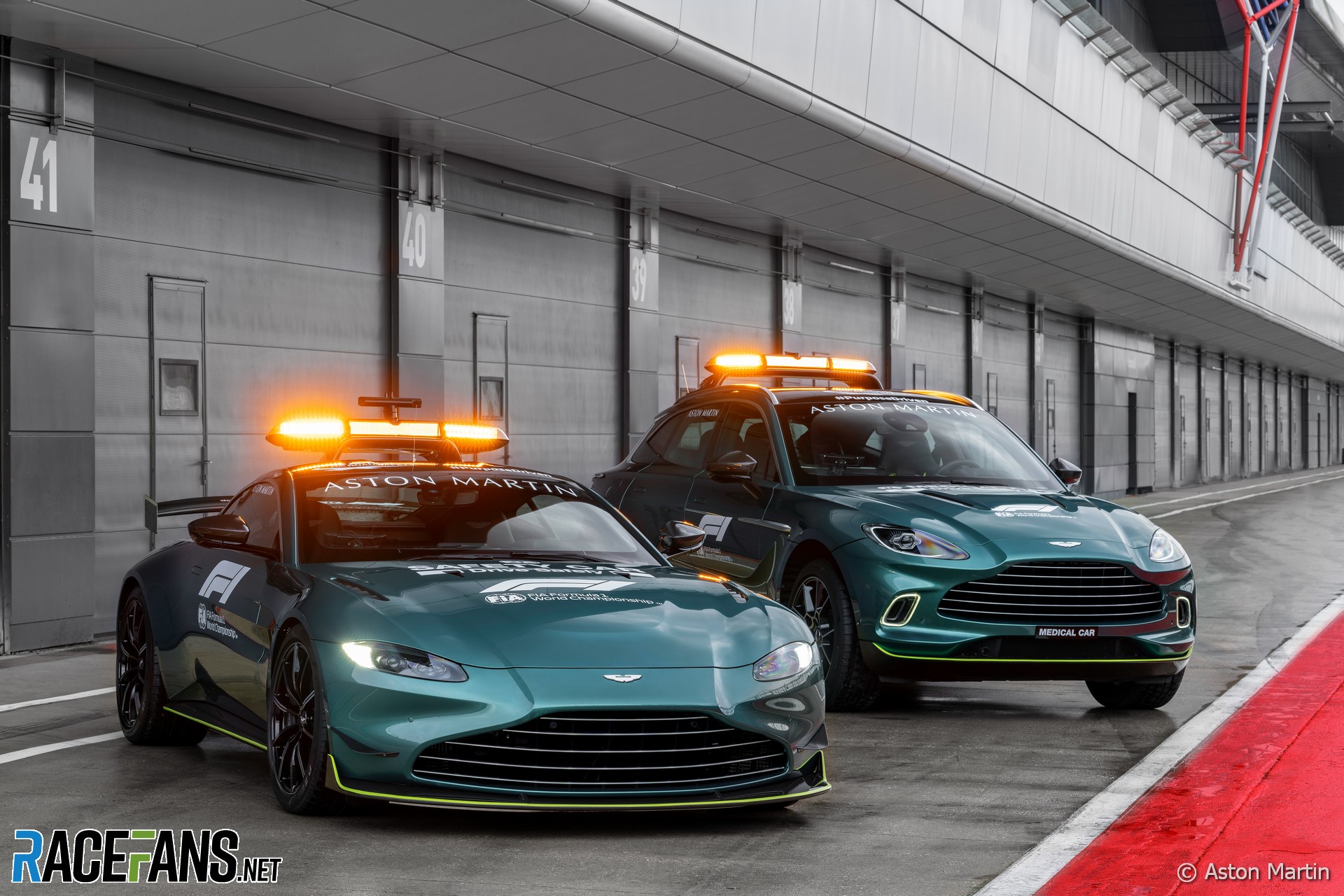 In the round-up: Aston Martin has presented the Safety Car and Medical Car it will supply for use in Formula 1 this year. It will share the supply of official race vehicles with Mercedes.

The Aston Martin Vantage’s four-litre V8 twin-turbo has been up-rated to produce 527bhp and a revised front splitter means it now generates 155.6kg of downforce at 200kph. It bears the same shade of green as the team’s Formula 1 car, the AMR21, which was revealed last week.

Aston Martin is also supplying a DBX to serve as the official F1 Medical Car. As well as producing 542bhp, the DBX has 632 litres of boot space to carry the medical team’s safety equipment.

As revealed by RaceFans last year, Aston Martin will provide the official course cars as 12 of the planned 23 races on the 2021 F1 calendar, while Mercedes vehicles will continue to be used at the other rounds.

“Some of my recent comments about Scuderia Ferrari have been misinterpreted and taken out of context,” said Kral in a statement on social media. “What I said was based on my own opinion and without and real base or information.

“I apologise if these speculations have created any issue.”

Ferrari is due to present the SF21, its new car for the upcoming season, on Wednesday.

"A recent decree by Toronto Mayor John Tory voided all major event permits through July 1, which is exceptionally close to the July 9-11 IndyCar weekend produced by Green Savoree Race Promotions."

"He says Extreme E could turn a profit in its second season and already has “very significant revenues” after signing broadcasting deals with the BBC, Sky Sports and ESPN."

"As many businesses prepare to reopen their doors after this lockdown it is with great sadness to announce we won't be doing so, for the time being anyway. Buckmore Park has been closed now for over 200 days since the pandemic began and like with many businesses in leisure and hospitality, that has caused us huge financial strain."

Is motorsport no longer of value to large volume car manufacturers?

I can’t see how motorsport would be relevant to the mass market in a mostly electric future. People buying such cars would have no regard for the relevance between motorsport and the four-wheeled domestic appliance they drive. There is no point in F1 alienating its existing fans by going electric in order to chase a future audience which won’t exist.

There will remain a shrunken industry of internal combustion manufacturers producing expensive, low volume cars for driving enthusiasts. F1 should be their playground, it’s a perfect fit.
Jack (@jackisthestig)