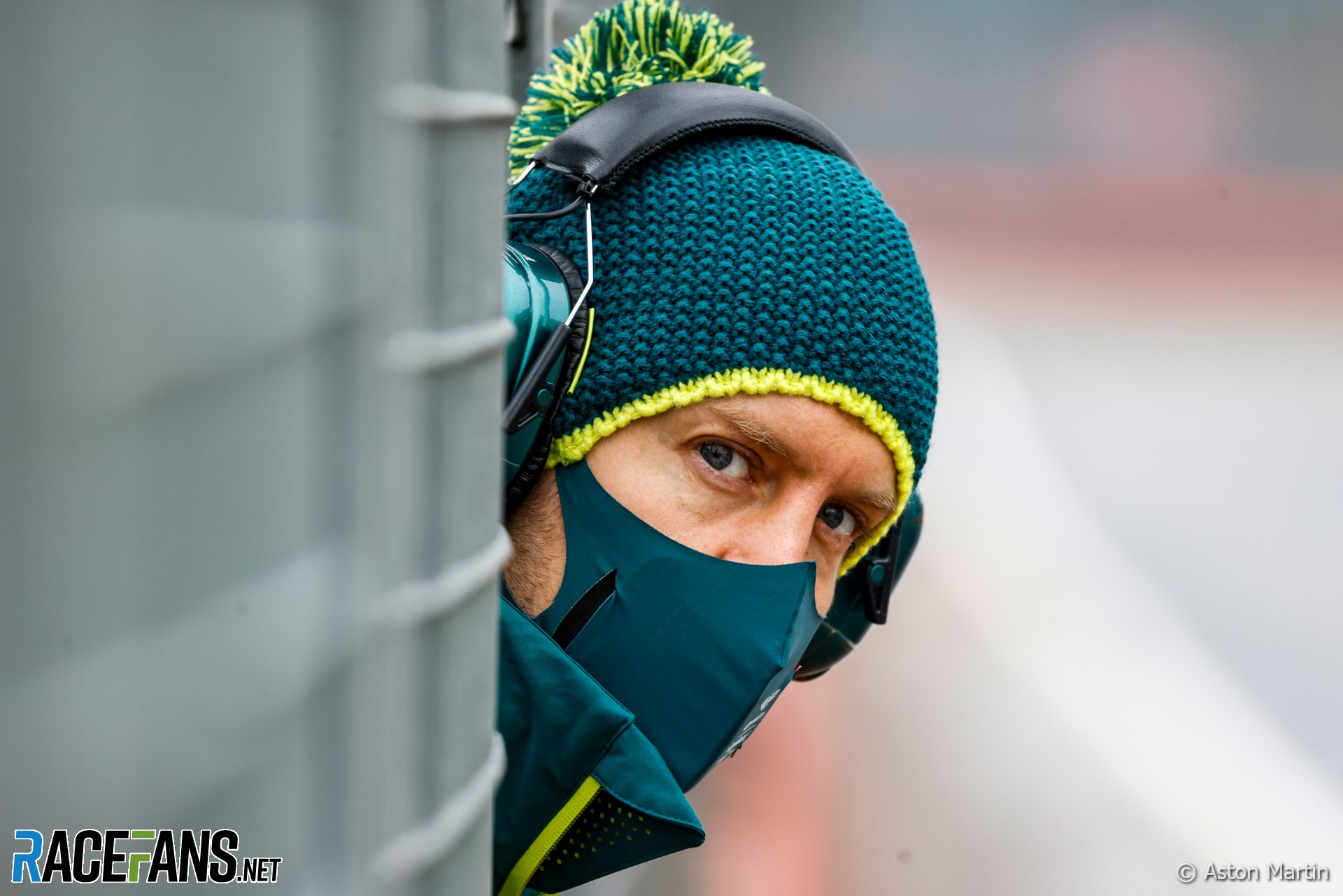 Sebastian Vettel says he could compete in Formula 1 for many more years to come in pursuit of a fifth world championship title.

Heading into his 14th full season as a Formula 1 driver, Vettel has joined the rebranded Aston Martin team following a bruising 2020 campaign at Ferrari.

Vettel was comprehensively out-performed by team mate Charles Leclerc over the course of last season. Before the championship had even begun, Ferrari had confirmed they would not retain Vettel’s services for this year.

It brought Vettel’s six-year stint at the team to an unsatisfactory conclusion. He joined them in 2015 having won four world championships for Red Bull. Now 33, Vettel remains convinced that, given the right opportunity, he can win a fifth.

“Obviously I’m not too old,” he said at the launch of Aston Martin’s new Formula 1 car last week, nodding towards two-times world champion Fernando Alonso’s impending return with Alpine. “I mean, there is now older drivers joining the grid, rather than younger drivers. You’ve got Mick [Schumacher] as well so he brings some new blood.

” [But] I don’t think it’s an age thing. I think it’s more a question of, do you have the car and the team around you?

“Obviously Formula 1 has been like this for as long as I can remember and probably before. It’s not a secret, obviously, in the last years you needed to be in a Mercedes to really fight for the championship. I think we got close at times with Ferrari but never really close enough to have a say in the last two or three races.”

Vettel has exchanged one of Formula 1’s largest and wealthiest teams for a smaller operation, albeit one which has benefited from the cash injection which followed Lawrence Stroll’s 2018 takeover. He already appears to be thriving in his new surroundings.

“Last year it’s not a secret I was not at my happiest,” Vettel admits. “So this year I’m very much looking forward.

“It’s a great group of people. The spirit is great, very enthusiastic. It’s obviously very small if you compare it to Ferrari at first. But part of it is obviously the fact that we are not building the engine and another part of it is that the team is still growing, so pretty much the opposite to most of the other big teams and obviously the team I raced for before.

“So things are a bit different. But it’s not about the fancy looks or the fancy, expensive designer chairs in the office. It’s about the work done behind the scenes. [From] what I’ve seen I think the people are very capable, very talented. It’s probably the first time in the team’s history for the last one and a half, two years that they’re getting the oxygen to breathe.”

Stroll’s eagerness to have the ex-Ferrari driver at the wheel of his ‘British Ferrari’ can be gauged by the face he moved incumbent Sergio Perez aside, despite having signed a new three-year deal with the team’s long-standing driver in 2019.

For Vettel, an Aston Martin may not be the Mercedes drive that every competitor covets, but it could be the next-closest thing. The team has made no secret of its strategy to model its machine on the all-conquering black cars. Vettel’s move also means that, for the first time in the V6 hybrid turbo era, he has Mercedes power beneath his right foot.

Pointing to the success Mercedes has enjoyed over the past seven years, Vettel acknowledged a long-term commitment is essential “if you really want to win”.

“If you look at Mercedes, they started somewhere in 2011-12 and then really got into the winning ways with the new power unit where they just got out of the gates a lot faster than anyone else,” he explains.

“But the car wasn’t really that great in 2014, chassis-wise. And from then onwards – I should say [from] ’11 – then it took them another five years to really build a car that was also considered probably the best chassis. So that’s the time it takes.

“But then everybody has that time and not everybody has done the job. So there’s a lot of projects going around, different manufacturers and in the end only one can win but Mercedes has been the one that’s been the strongest. So hats off to them. The others were just not good enough.”

Aston Martin CEO Otmar Szafnauer said the team is unlikely to be in championship contention for three to five years. Could a customer team ever beat their manufacturer supplier to the title? That hasn’t looked like a realistic prospect as far as Mercedes are concerned over the V6 hybrid turbo era so far.

But Vettel is optimistic that may change after F1’s new technical regulations come into force next year.

“Obviously Formula 1 [is] changing at the same time. Time will tell, but maybe you don’t need those three-to-five years anymore. Maybe it will shrink.

“That’s the hope, I think, for everyone to be a bit closer to the top. Not just be on the podium because you got lucky that the guys in the front retired or crashed, but this time for real. So we’ll see how Formula 1 changes in the next years.”

It’s that, rather than Vettel’s age, which he believes will determine whether he gets the chance to fight for a fifth world championship.

“Age-wise, I think I still have a long time in me,” he says. “It depends in all honesty a little bit the circumstances of how things are going in the near future.”

76 comments on “Vettel: I still have “a long time in me” and I can win a fifth title”