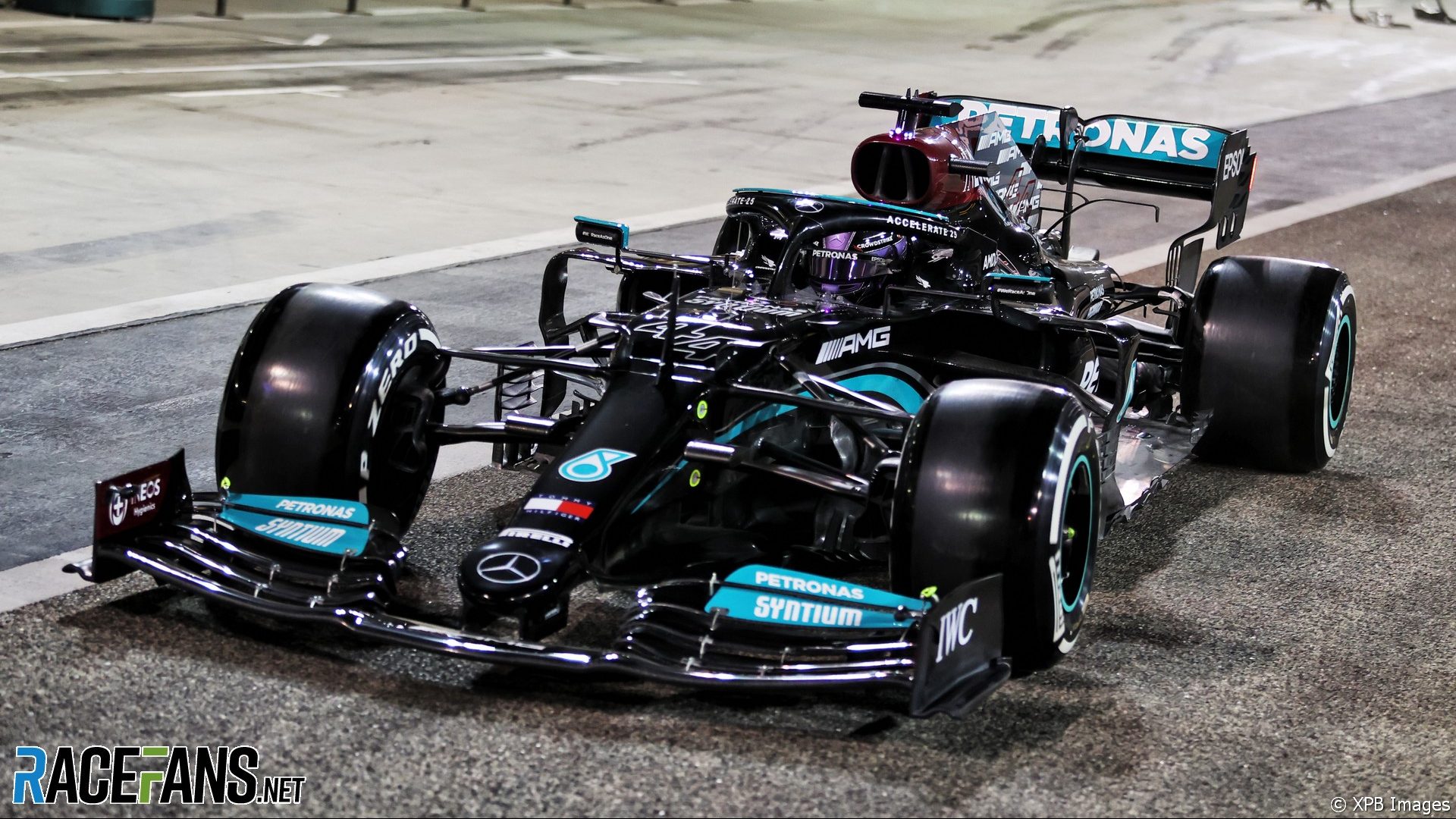 Mercedes made “a poor start to the season” on the first day of testing, trackside operations director Andrew Shovlin admitted.

The team covered just six laps with Valtteri Bottas in the morning due to a gearbox problem. Following a delayed start to the afternoon session, Lewis Hamilton added 42 laps to Mercedes’ total, but rivals such as Red Bull covered almost three times as much ground.

With pre-season testing cut to just three days this year, the world champions can ill-afford to lose much more running.

“It’s been a poor start to the season from us today,” said Shovlin. “We lost more or less the whole morning with Valtteri with a gearbox problem and our workload over lunch meant we were late joining the afternoon session with Lewis.”

The team wasn’t happy with how the W12 handled ‘out of the box’ either.

“Once we got running it was clear we didn’t have the car in the right balance window,” said Shovlin. “While we made some progress during the day, we’re not happy with how the car is performing and it’s pretty clear we have some work to do.

“We’re quite a way behind on our test programme and need to find a bit of balance and speed but we have two days left and every opportunity to recover the situation.”

Hamilton said the team “have no choice but to take the positives” from their difficult start to the season.

“I remember in 2007 during testing I had 10 days in the car and now it’s getting less and less. We only have a day and a half in the car before the first race, with different tyres and different aero modifications.

“So it’s not easy but it’s the same for everyone. I’d like to think my nine years’ experience with this team will help me get the best out of it.”

The seven-times world champion was surprised by the strength of the sandstorm which hit the track in the afternoon.

“I’ve never seen a sandstorm come through here before in all the years that I’ve driven at this circuit. The sand was moving like rain would move.

“Having sand on the tyres isn’t good for their longevity and getting consistency on long runs is difficult. Over a single lap it isn’t the worst, but you need lots of laps at this time of year to get data.”

11 comments on “First day of testing was “a poor start to the season”, Mercedes admits”