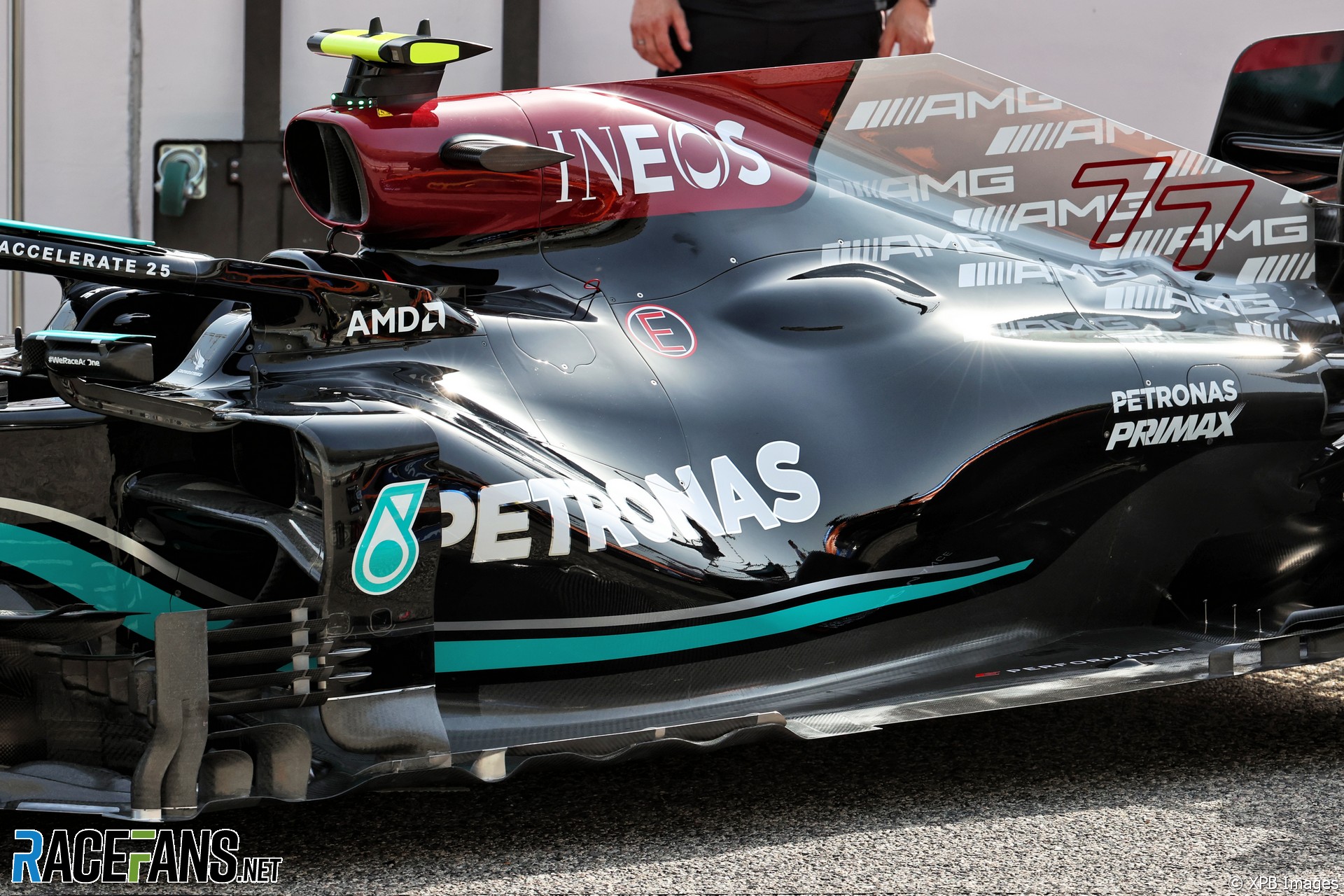 The car Mercedes hope will extend their run of seven consecutive world championships has run for the first time in pre-season testing.

In previous years Mercedes have used a filming day ahead of the first test to run its new car for the first time. The team has broken with that convention in a season when development restrictions are tightly limited, and several of their rivals have also taken steps to hide what’s new on their latest chassis.

The floor area ahead of the rear wheels is a focus of particular interest. All teams have been required to cut back the size of their floors as part of a package of changes introduced to cut downforce levels. Mercedes admitted during their car’s launch they were keen to ensure their competitors did not get a look at how they had addressed this new challenge.

The floor as seen on the car when it was presented in the morning features a row of three channels ahead of the rear wheel. The underside of the floor curves upwards where it terminates ahead of the wheel.

Mercedes’ early running was disrupted by a gearbox problem on the new car. Unlike many of their rivals, the team did not shake their car down at a filming day prior to the sole, three-day pre-season test. Bottas was confined to the garage while Mercedes addressed the problem.