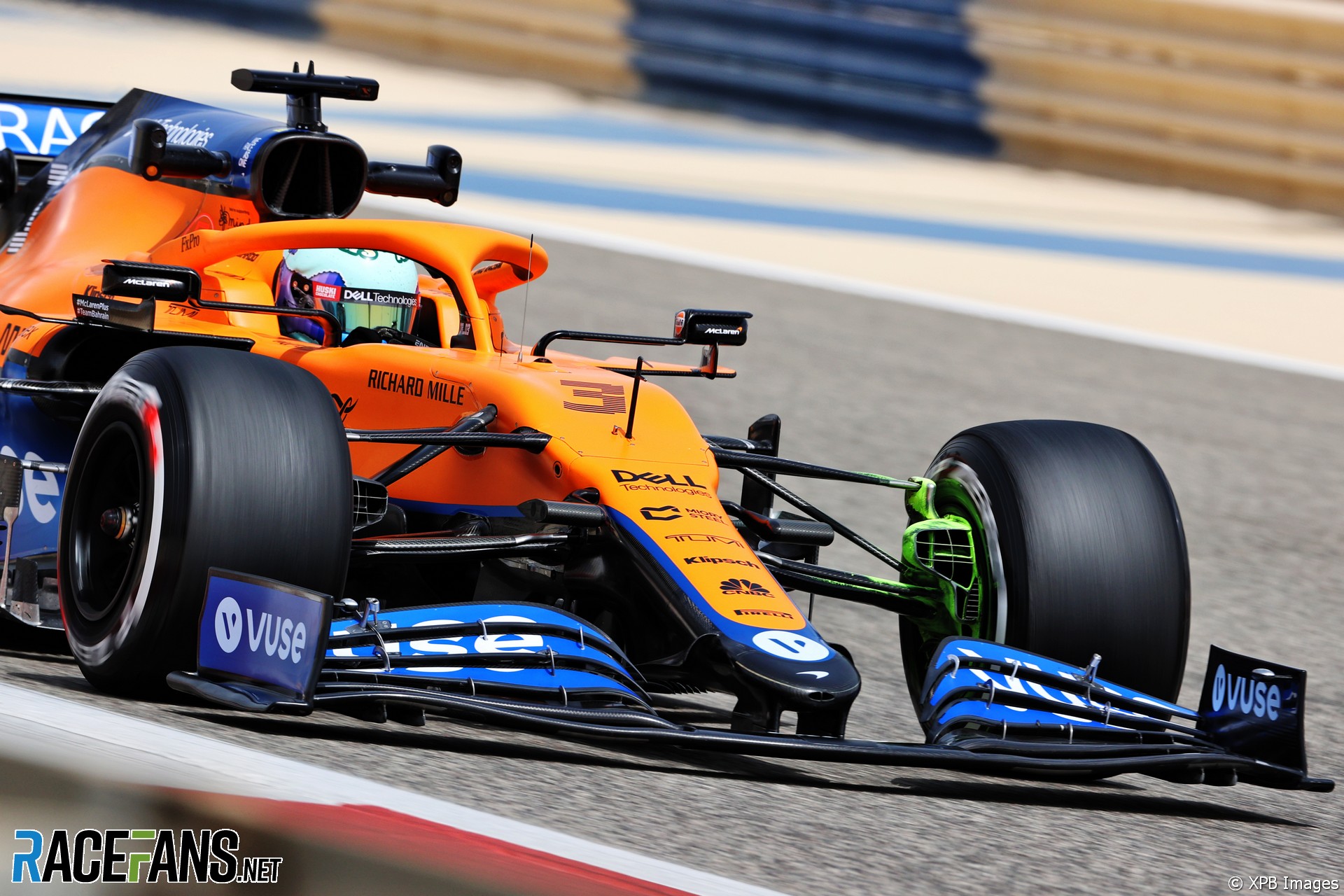 Daniel Ricciardo set the fastest time on the morning of the first day of testing for the new season.

But while the now Mercedes-powered McLaren team had a positive start to the sole, three-day pre-season test, the factory Mercedes team missed a considerable amount of running.

Ricciardo set his fastest lap on the C2 compound, the second-hardest for 2021, relatively early in running. Despite work on the car which kept him in the garage for part of the session, Ricciardo ran a total of 45 laps.

He ended the session narrowly ahead of Pierre Gasly and Max Verstappen. The two Honda-powered drivers lapped within five-hundredths of a second of the McLaren.

Mercedes’ running was severely disrupted after Valtteri Bottas suffered a transmission problem on his first lap out of the pits. The team removed the engine cover and brought screens out to work on the car before confirming that they would change the W12’s gearbox in order to minimise loss of running.

The change kept Bottas in the garage for over three hours and confined him to just six laps before he hands over to Lewis Hamilton this afternoon.

Mercedes weren’t the only team to suffered gearbox problems. Mick Schumacher’s running for Haas was limited by the same problem. He returned to the track with just over 20 minutes to go in the session and ultimately finished with just 15 laps on the board – a difficult start for the team who only managed to fire up the VF-21 this week, due to difficulties transporting their power unit from Ferrari to their factory.

Charles Leclerc stopped at turn four in the final 10 minutes, bringing out a red flag while his car was retrieved, without any apparent major problems. Running restarted for the final three minutes under Virtual Safety Car, which it allowed drivers to set installation laps for any changes but not to set new times, leaving Ricciardo fastest.

There were high winds all session, which threatened to develop into one of the region’s characteristics sandstorms. Later in the session drivers visibly struggled with stability in gusty conditions and with rising temperatures. The session started at around 27C air temperature and ended 8C higher, at a high of 35C.