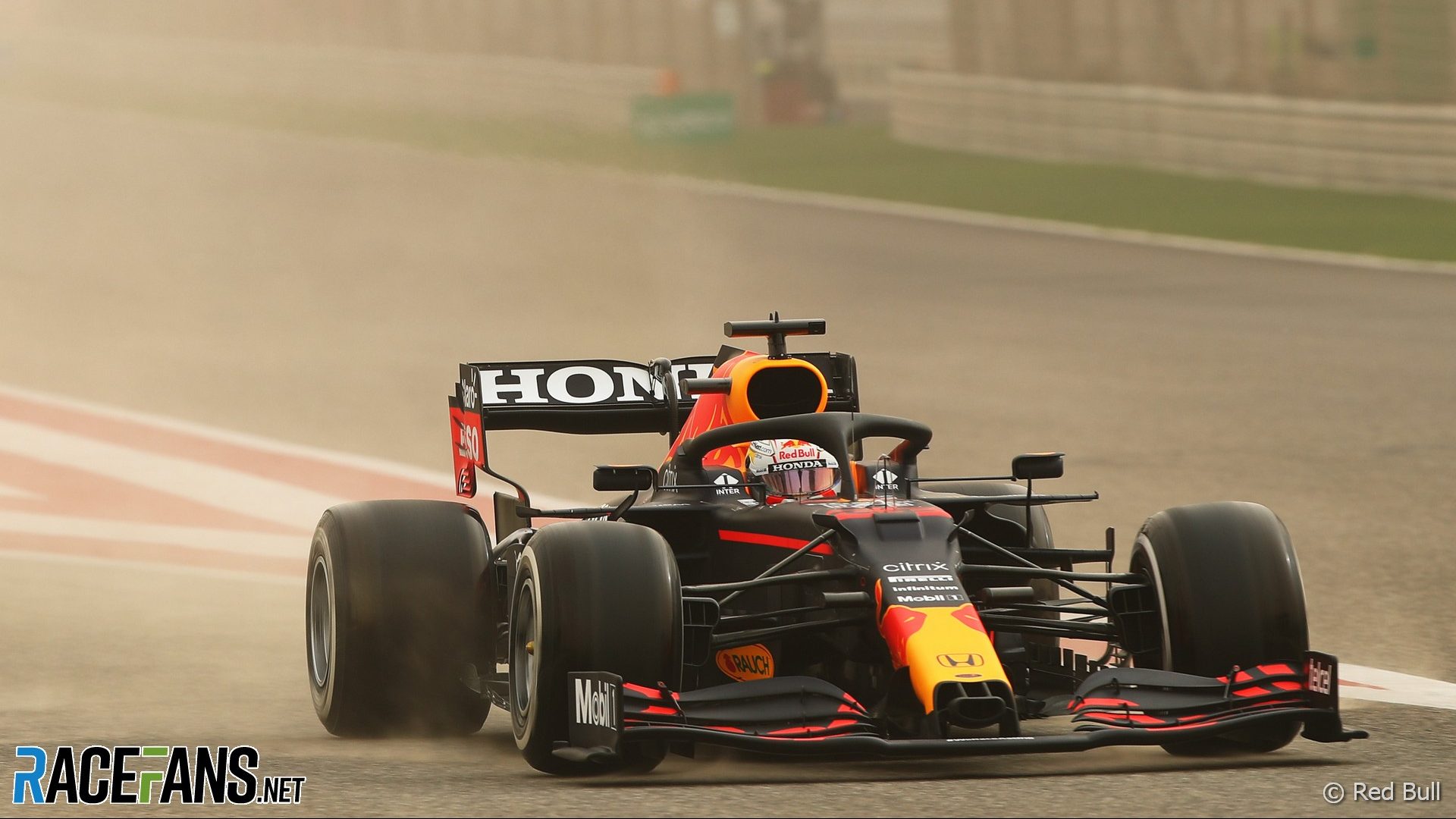 The Red Bull driver ended the day two-tenths of a second quicker than Lando Norris’s Mercedes-powered McLaren. Esteban Ocon was third for Alpine, and Lance Stroll over a second behind in fourth place.

The afternoon session was disrupted by a sandstorm which discouraged teams from running immediately after the lunch break. While Ocon and rookies Nikita Mazepin and Yuki Tsunoda went out relatively early, most drivers and teams waited for conditions to improve as cars sent up huge rooster tails of sand behind them.

Although visibility remained poor throughout the session and the track was still covered in sand as darkness fell and the floodlights were switched on in Sakhir, every driver did come out and covered a useful amount of mileage.

Lewis Hamilton went some way towards recovering Mercedes’ running deficit after a gearbox change kept Valtteri Bottas off-track during the morning session. However he looked uncomfortable in the W12 and spent most of the four hours this afternoon running outside the top 10 times.

The world champion asked for different pedals to be fitted to his car and was seen fighting it at times through the corners. Towards the end of the session he still seemed to be struggling, with a lock-up followed by a substantial off at turn 10 during his final running.

Verstappen set a quick time early on, despite very poor conditions soon after the session resumed. He never lost his place at the top, while first Norris and later Ocon took the second-fastest times.

Unlike the morning session and despite of spins for both Mazepin and new Ferrari driver Carlos Sainz Jnr, there were no red flag disruptions. Limited running for Yuki Tsunoda, compared to Pierre Gasly this morning, suggested all was not quite well at AlphaTauri

A virtual safety car neutralised the session in the final four minutes, leading to no further lap time development.