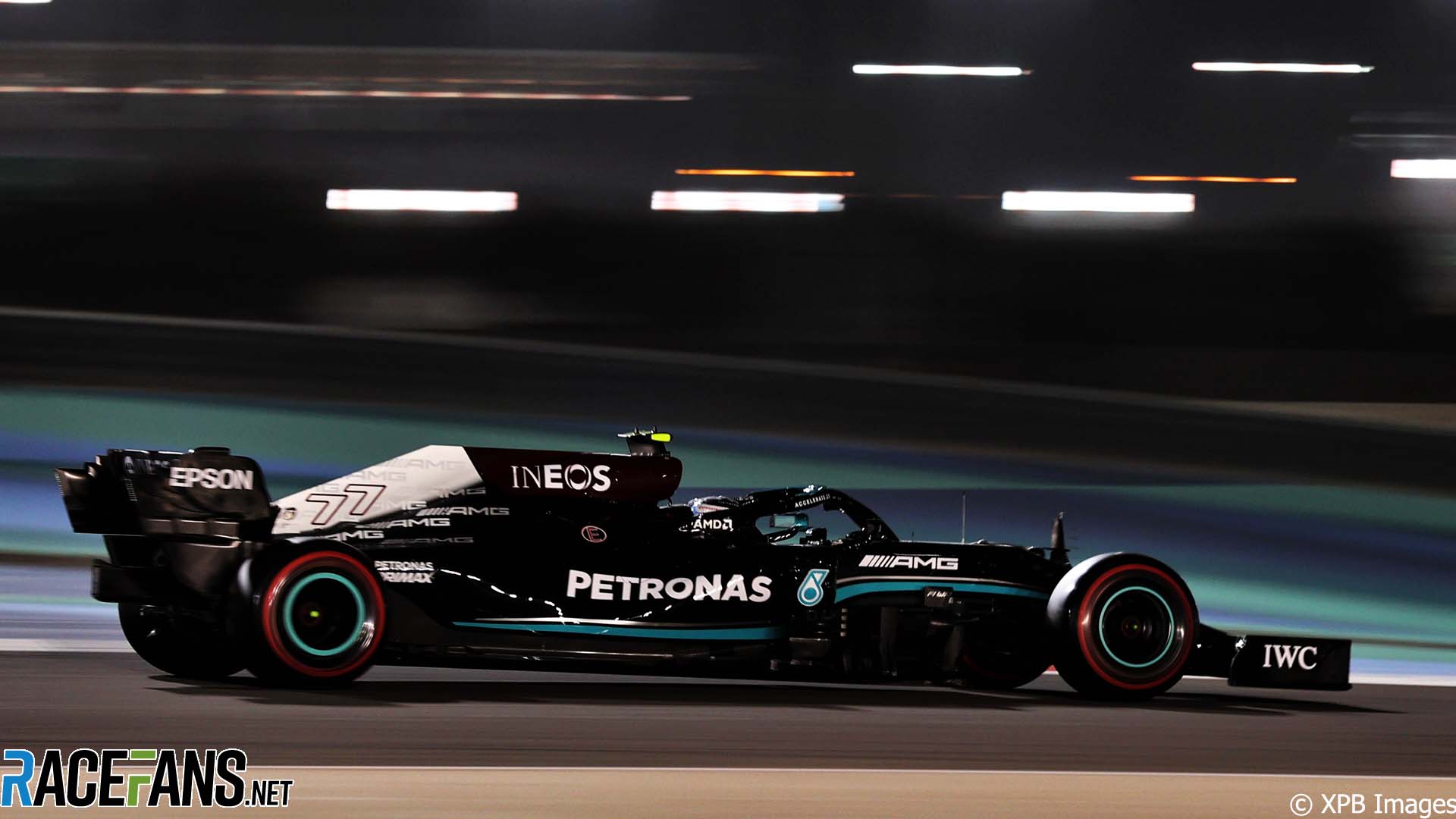 Mercedes bounced back from a poor start to testing by setting the quickest lap time so far on the second day in Bahrain.

Valtteri Bottas, who took over from team mate Lewis Hamilton at lunch time, set a 1’30.289 which put him ahead of AlphaTauri’s Pierre Gasly by a tenth of a second.

In much better conditions, the track cleaned up quickly as the drivers cleared the dust from yesterday’s sandstorm. The afternoon session was largely incident-free, no cars having to be retrieved and no driver suffering any significant problems, and most teams covered more than 100 laps.

Sergio Perez, running all day today for Red Bull, had had a strange incident when his car shed its left-rear engine cover and sidepod as he emerged from Nicholas Latifi’s slipstream to overtake the Williams. He returned him to the garage with the Honda power unit exposed. He reappeared later in the session but didn’t improve his time.

After a brief red flag to clear the debris from Perez’s sidepod, Gasly, Antonio Giovinazzi and Lando Norris resumed swapping the fastest times. All three lapped 1’31 and Gasly and Norris both yesterday’s best time, set by Max Verstappen.

Mick Schumacher, who had extremely limited running in the morning session yesterday due to a gearbox change, put in an enormous number of laps this afternoon to make up for it.

Mercedes spent most of the afternoon, as yesterday and this morning, well off the pace, with both cars outside the top 10 until over halfway through the second session. However, Bottas put on a set of C5 tyres, the softest available for this test, to go fastest in the last 20 minutes of the session on a 1’30.289, beating Gasly’s time on the same tyres by a tenth and two tenths ahead of Norris on the C4 compound. Lance Stroll also set a late fast time on the medium tyres, beating Norris for third place on the second day.

The session again ended with a red flag, for procedural reasons rather than due to any incidents on track.