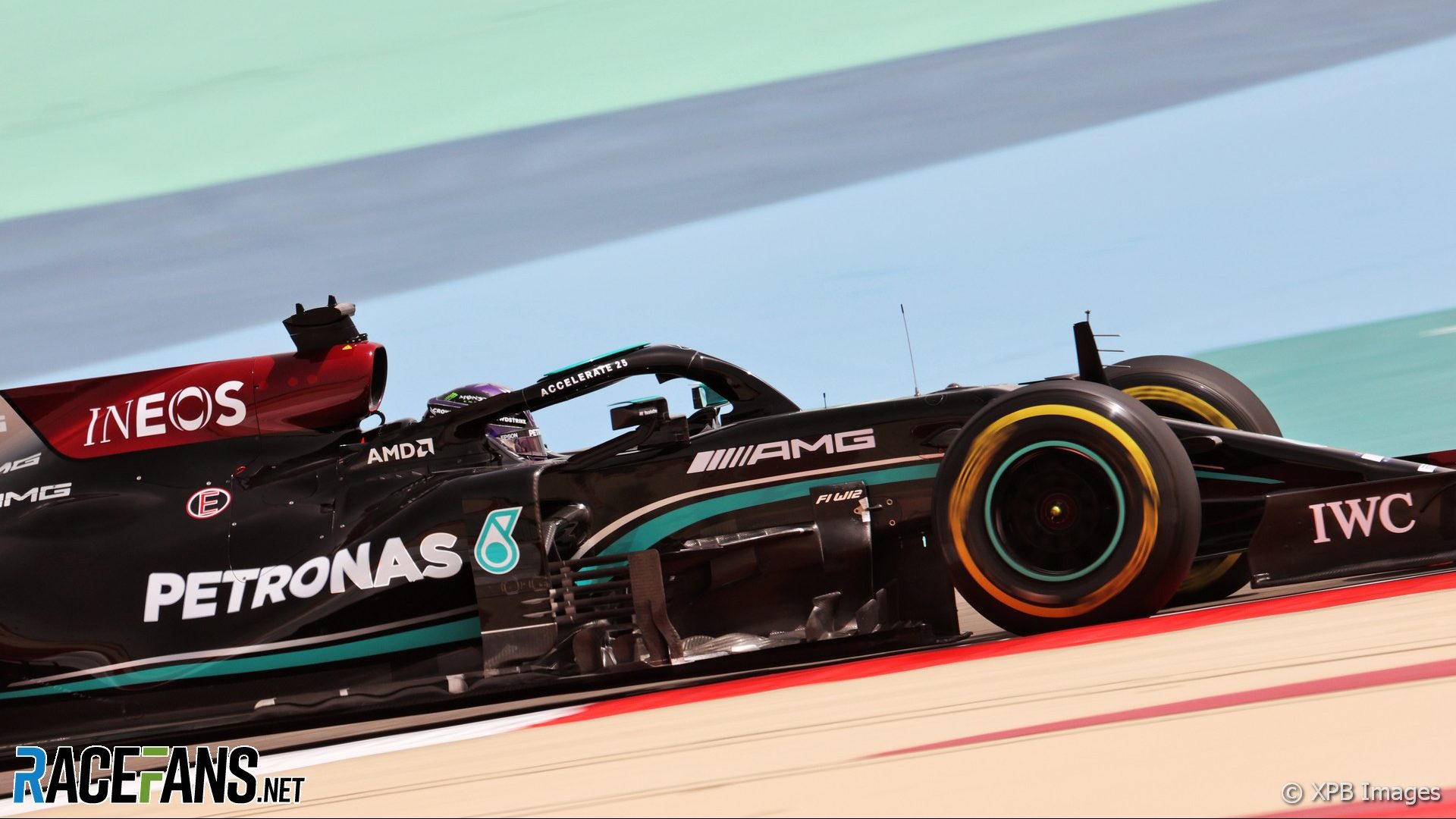 Lewis Hamilton says the handling of his Mercedes has deteriorated as a result of new regulations introduced for the 2021 F1 season.

The world champion brought out the red flags during the second day of testing at Bahrain International Circuit when he spun into a gravel trap.

Conditions at the circuit have been gusty, but Hamilton also suspects changes to his car’s rear floor and diffuser due to new rules introduced this year have had an effect.

“The wind has done a 180,” Hamilton explained. “The track is a lot different today in places, some places you can push where you couldn’t push yesterday and it’s very gusty as I found out into turn 13.

“So the rear doesn’t feel too great with this new regulation change. But we’re trying to find the sweet spot.”

Hamilton covered 58 laps this morning and ended the day 15th overall in the time sheets. He said that “compared to the past [the test has] not been particularly useful.”

“I’ve done 60 laps, something like that, so it’s not a lot compared to other test days we would normally have.

Hamilton’s team mate Valtteri Bottas went on to set the quickest lap time on the second day of testing.