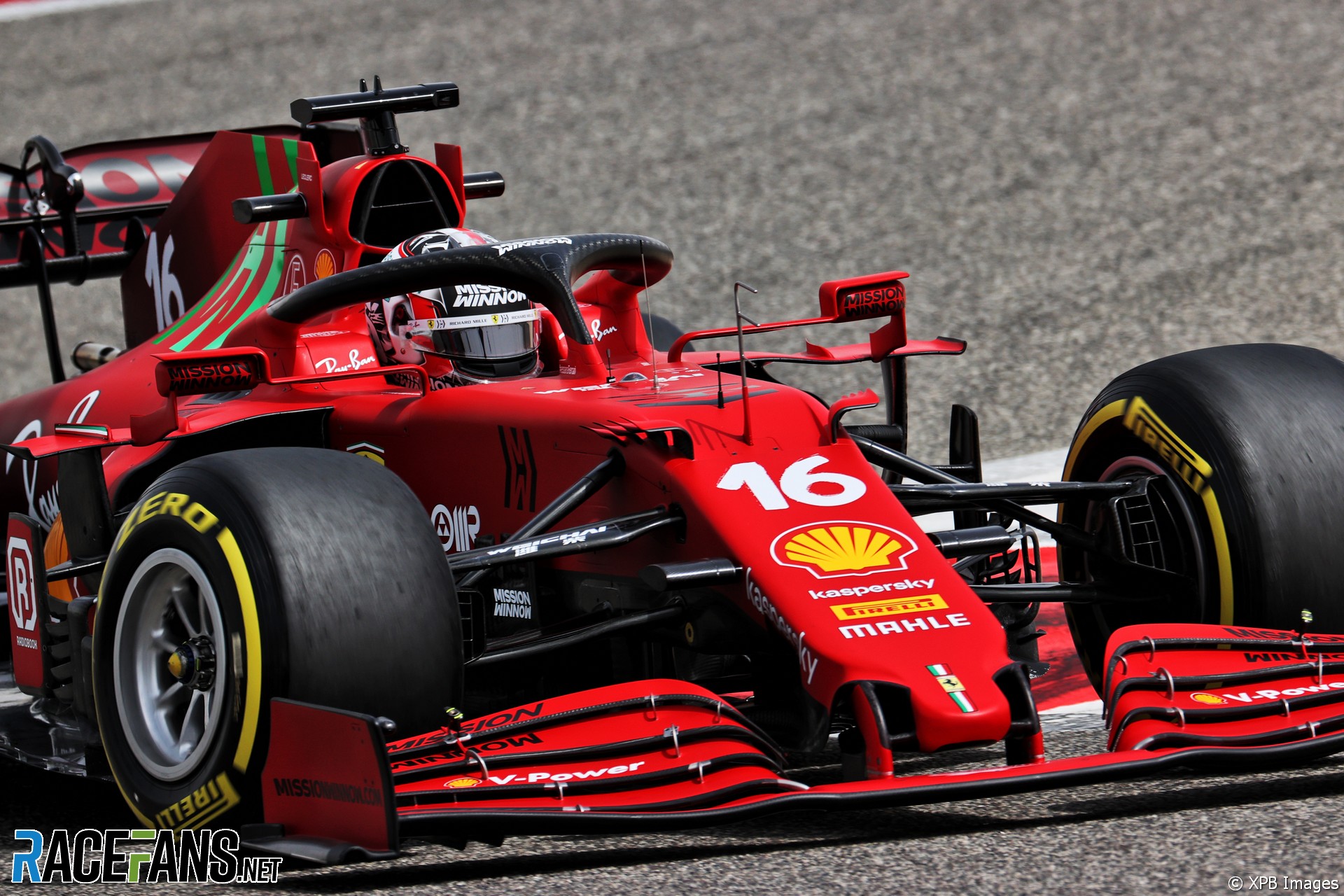 Charles Leclerc said he was pleased to discover Ferrari’s new car is behaving on track the way the team predicted it would in the simulator.

Ferrari encountered problems correlating their development simulations with their car last year. The team suffered a very poor campaign, falling to sixth in the championship.

After his first run in testing yesterday, Leclerc said the team has addressed the instability problems it experienced with last year’s SF1000 on its new SF21.

“The first data that we have seen on track are correlating with the ones that we’ve had back in Maranello before this test,” he said. “So this is already positive.

“Then again, to give feedback on the car now in those conditions is very, very difficult. But to see that we’ve made some work on it and that the data are correlating with the ones that we have in Maranello is really a good sign on that.”

Leclerc said he is “working well” with new team mate Carlos Sainz Jnr and is confident the pair will be able to help Ferrari make further gains with their new car once they can run two chassis at once during race weekend.

“He’s very talented and it’s interesting to see now the data he has in the car and comparing it, even if it’s quite difficult because conditions change quite a lot from morning to afternoon,” said Leclerc. “There are interesting things to see and I can’t wait to be in the car at the same time to compare it properly.”

However Leclerc was reluctant to indicate whether Ferrari will be more competitive this year after just half a day in their new car.

“Everything feels quite good,” he said. “But it’s very difficult to comment now. Nobody’s pushing everything to its limit, especially in those conditions.

“So for now, it’s early days. But everything feels good and as I said, stacks up with what we expected.”