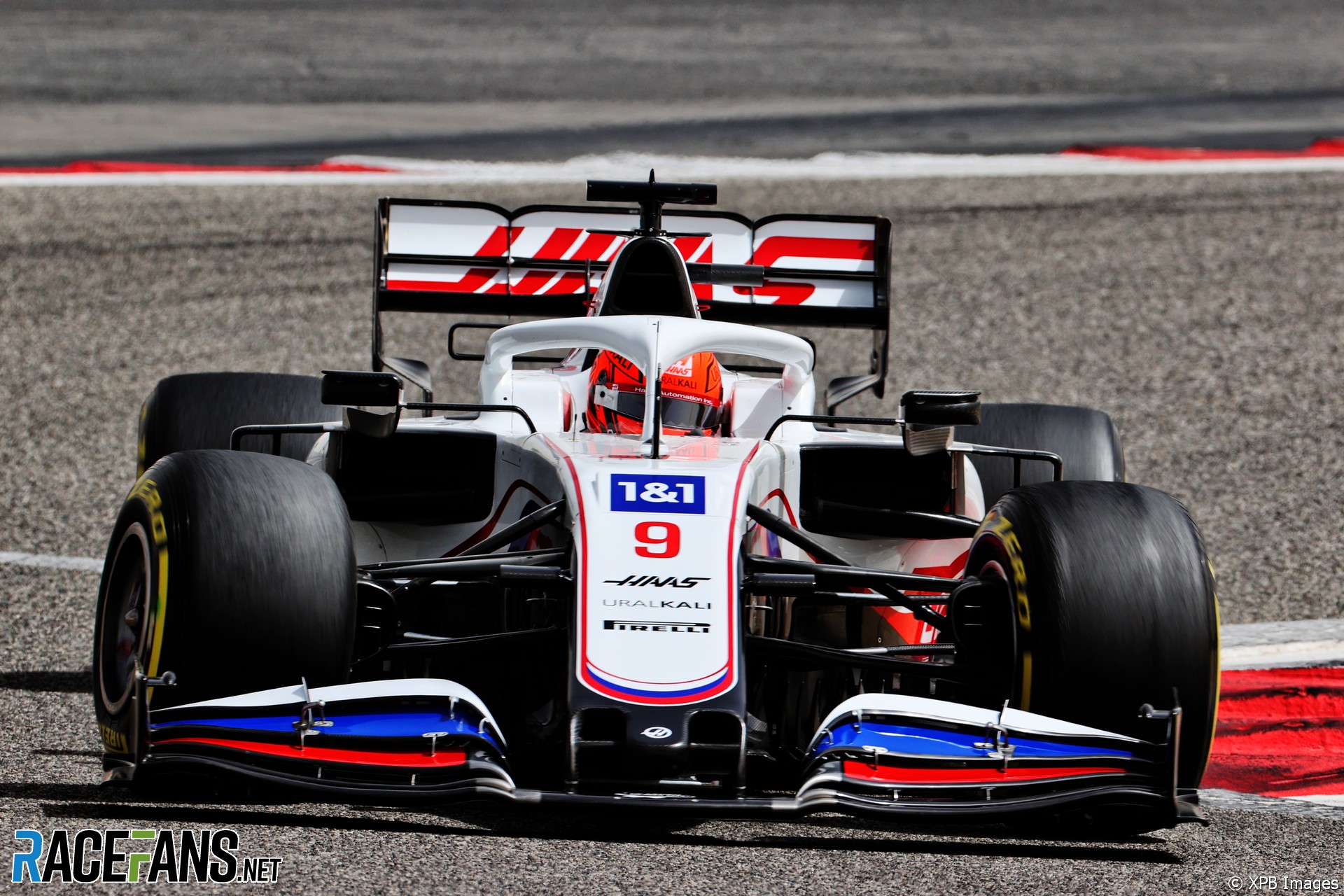 Nikita Mazepin admitted he nearly crashed his Haas while trying to discover how strong the turbulent air was behind another Formula 1 car.

The Haas driver, who has graduated from Formula 2 this year, said he wanted to discover how his car handled while running behind another car.

“With such limited running, and obviously a lot of cars being most likely in front of me at the start of the race in Bahrain, I wanted to experience the amount of downforce that I will lose.

“I did get to experience that. I almost crashed, to be honest, because the wind was huge and that was a bit of a worrying moment. But good to try it.”

Mazepin’s car snapped to the right at the exit of turn three – close to where his Haas predecessor Romain Grosjean had his enormous, fireball crash in last year’s Bahrain Grand Prix.

“Antonio was on a lower-fuel run and was doing not consecutive laps,” said Mazepin. “I was going for the whole race distance and my pace was slower so he overtook me and I wanted to stay behind and learn my way through.”

Mazepin said the turbulence feels much stronger in F1 than it did in F2. “There’s a very big difference, but it’s not a surprise to me,” he said.

“F2 does have a lot of downforce as well. It’s a heavier car so there are small gains here and there. But overall it’s not a new thing to me because races are more difficult.”