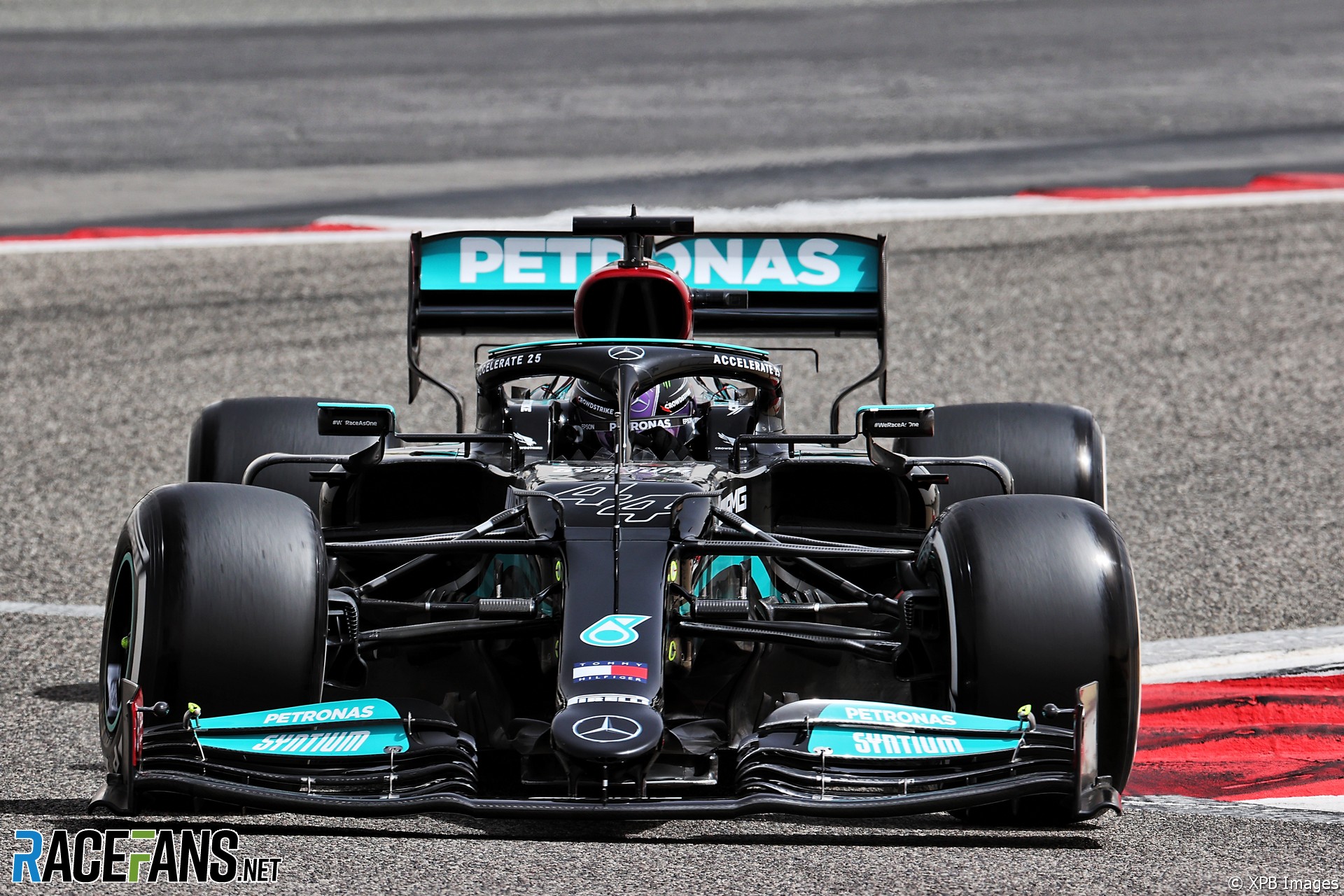 Only two teams did not improve their lap times on the second (and penultimate) day of pre-season testing in Bahrain: Red Bull and Alpine.

The others all lowered their lap times, and some appear to be showing something close to their real pace.

Alfa Romeo got closer to their pace from last year’s Bahrain Grand Prix weekend than any team. Antonio Giovinazzi lapped within 1.3 seconds of the benchmark he set for the team in Q1 last year. Considering the aerodynamic changes introduced to slow the cars, that’s a promising result.

Their engine supplier Ferrari have the second-best lap time relative to their 2020 pace. This at a track with several long straights looks like an early indication Ferrari have made much-needed progress with their new power unit. Recall that when pre-season testing ended last year Ferrari were the only team who failed to improve on their lap time from the previous year, which ultimately proved indicative of the tough campaign which lay ahead of them.

After a poor opening day on Friday, Mercedes had a better run on Saturday, though Lewis Hamilton’s spin in the morning limited their running. Valtteri Bottas had a productive afternoon, however, and set the quickest time of the test so far.

But while Mercedes now lead the outright lap times, they are still furthest away from their 2020 race weekend benchmark – more than three seconds slower. Red Bull are almost as far from their quickest time last year.

The two appear to have made even less progress than Haas, whose car is so little changed from last year they haven’t used either of their development tokens on it. More likely, the top two teams from last year are not revealing their true pace because they don’t need to.

Mercedes also remain rooted to the foot of the mileage table. Luckily for them they have three engine customers, more than any other power unit supplier, as the four occupy the bottom four places. Aston Martin sunk down the order after a gearbox problem confined Sebastian Vettel to just 10 laps today.