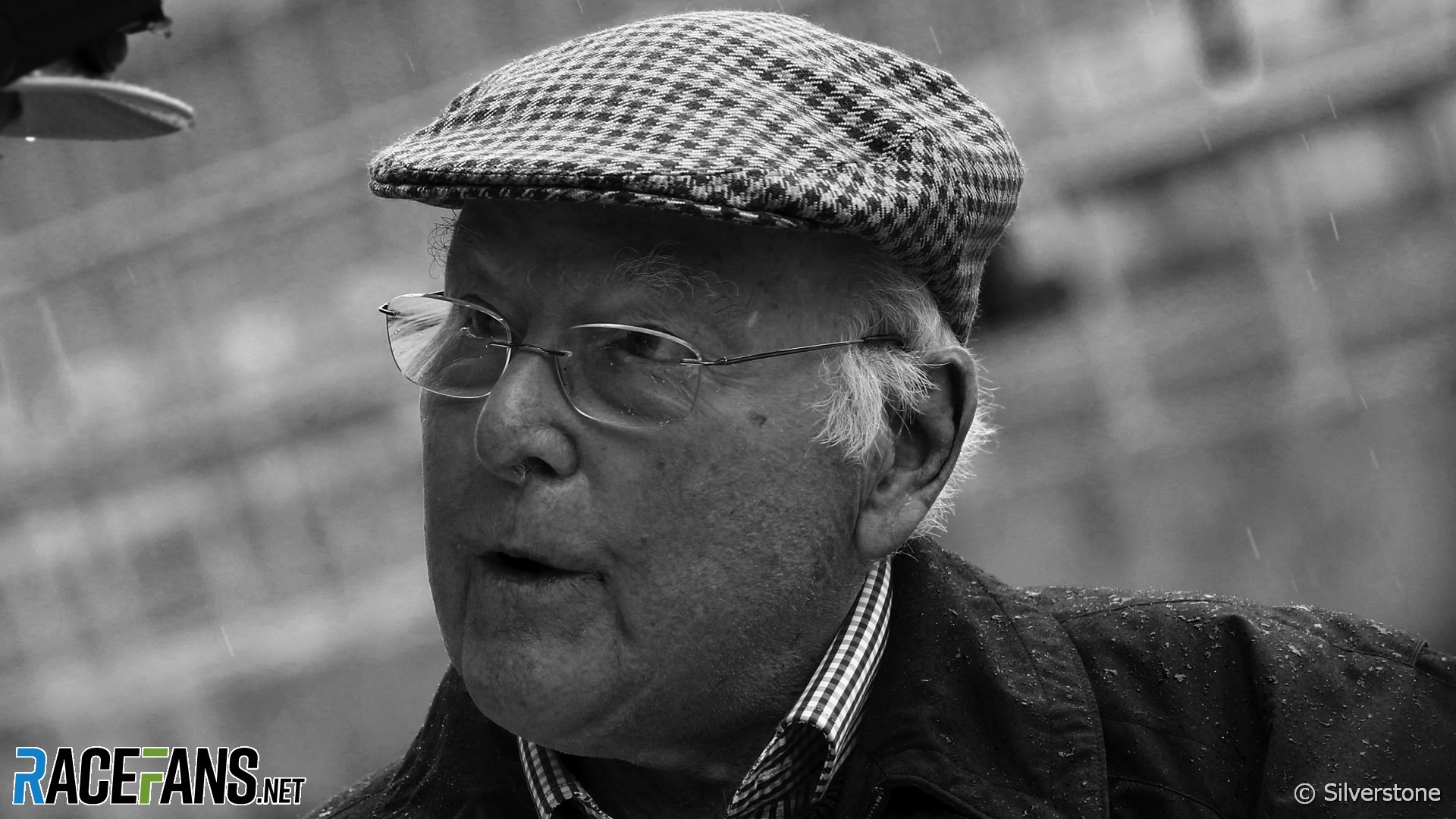 “He talks as if his trousers are on fire”: There was surely no better description of Murray Walker’s high-octane commentary style than that coined by another great broadcaster, Clive James.

For a generation of Formula 1 fans in Britain and beyond, Walker, who passed away today, was “the voice of Formula 1”.

His irrepressible passion for motorsport, ten-tenths delivery and, of course, those celebrated gaffes brought him fame beyond motor racing.

Though his high-octane commentary on the BBC and ITV made him synonymous with Formula 1, he was a motorbike racing fan first. He made his debut as a commentator on four-wheeled motorsport at the 1949 British Grand Prix, the year before the world championship began.

Over the years that followed, he dovetailed commentary duties on a varied assortment of motorsport on two wheels and four with his work in the advertising industry.

Having commentated on a handful of Formula 1 races in the sixties and seventies, Walker’s big break came in 1978 when the BBC expanded its coverage of the world championship to include all 16 rounds, and producer Jonathan Martin chose him to be their commentator.

To begin with Walker attended the opening days of the races, then returned to their studio in Britain for the race, adding his commentary to a half-hour highlights package. BBC’s Grand Prix programme proved a success, and in 1980 it was expanded to include more live race coverage.

The commentary line-up was expanded as well: Walker now had to share the microphone with 1976 world champion James Hunt, a change he strongly opposed at first. The partnership eventually blossomed and lasted for 13 years, until Hunt’s sudden death in 1993.

By then Formula 1’s popularity had rocketed, aided by Walker’s unfailingly passionate commentaries, which brought the heroics of Ayrton Senna, Alain Prost and, above all, home-grown hero Nigel Mansell into British living rooms.

Capitalising on its success, in December 1995 F1 commercial chief Bernie Ecclestone called the BBC to inform them he had sold the UK broadcasting rights to ITV. Wisely, the rival broadcaster was quick to secure Walker’s services.

It was a testament to his popularity that the two allowed him to work for both simultaneously. Walker initially continued his work on the BBC’s popular British Touring Car Championship coverage. But with the F1 calendar expanding, the BTCC increasing its demands on his time by switching to live broadcasts, and Walker already in his mid-seventies, he soon dropped the BTCC to focus on F1. He hung up his microphone late in 2001, having commentated on almost 400 grands prix.

As the voice of British Formula 1 coverage, Walker was inevitably closely associated with British drivers. One of his most celebrated moments as a commentator came at the 1996 Japanese Grand Prix, his last live broadcast for the BBC, when Damon Hill won and clinched the drivers championship. For once, his adrenaline-charged delivery gave way to a different kind of emotion. “And I’ve got to stop,” he memorably quavered, “because I’ve got a lump in my throat.”

But he was never hesitant in his praise for the other greats of the time, especially Michael Schumacher, who Walker steadfastly defended against criticism among fans and the press in Britain.

“I just tried to be fair and balanced and the fact that I got very few complaints hopefully indicates that I got it about right,” he wrote in his 2002 autobiography. “I always tried to speak as I found and to be non-partisan.”

Every motorsport commentator who has followed him since knows he set the standard they will inevitably be measured against.