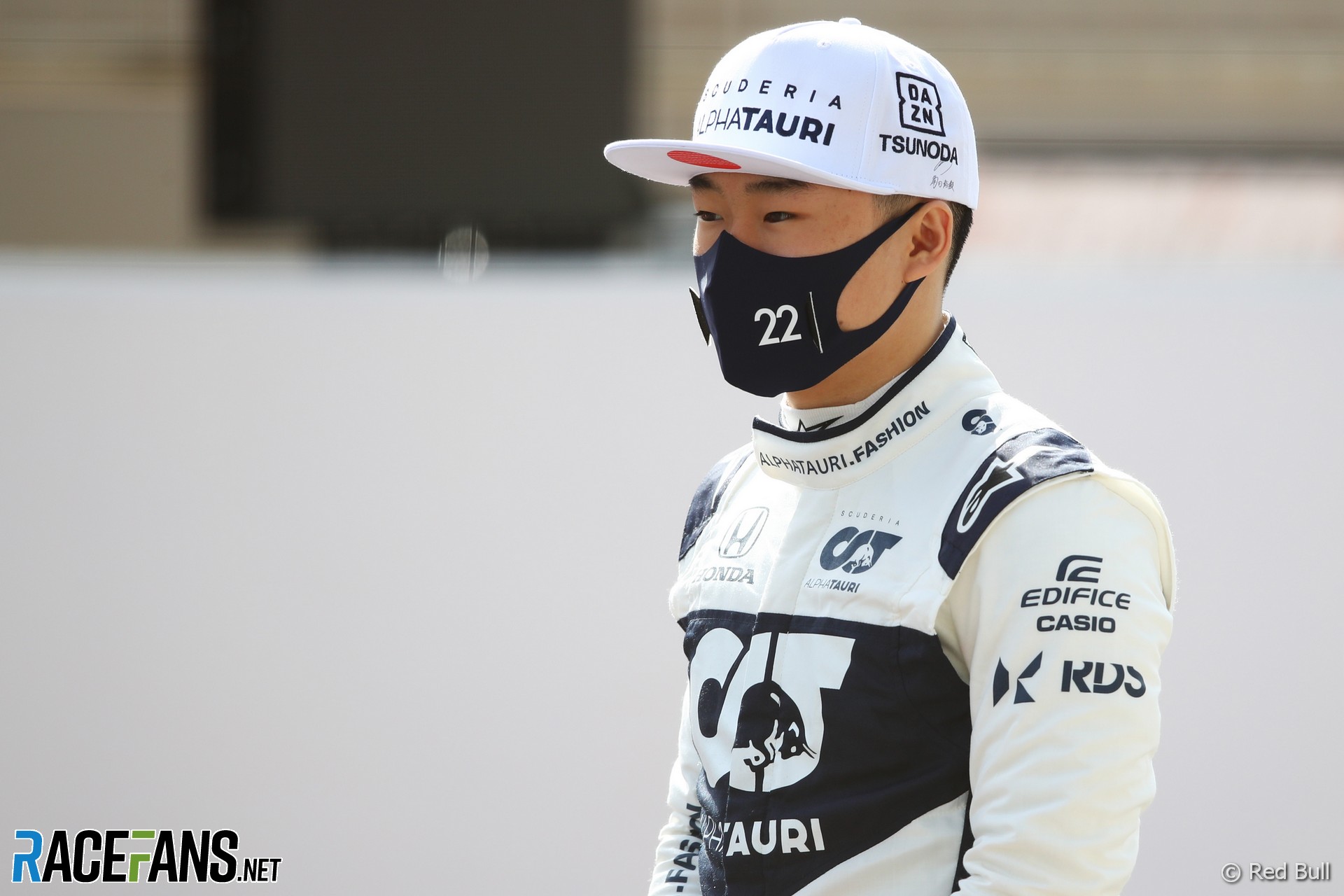 In the round-up: Yuki Tsunoda said after today’s test that he felt Honda had made performance gains this year, especially in terms of qualifying pace.

AlphaTauri rookie Tsunoda, who has been testing during the off season using the 2018 Honda-powered Toro Rosso as well as the 2020 AlphaTauri, said he could feel the manufacturer had made significant gains.

I think Honda made quite a good step compared to previous engines from previous years. Especially the performance side for the qualifying lap. I feel gains, especially in the top speed so that’s positive.

But also on the other side, there’s problems with the off-throttle shifting and also a bit of issues with consistency. But definitely gave us gains for the power so for Honda a really good, positive day.

When he first came into #F1, Michael Schumacher's abbreviation was 'SCH'; it became 'MSC' after his brother Ralf joined in 1997 to distinguish between the two.

Now Mick Schumacher, who had 'SCH' when he drove in practice last year, has also switched to 'MSC' ahead of his debut. pic.twitter.com/aLZo7ThiLx

Testing for #F1 can be dangerous – even at Mission Control. pic.twitter.com/dAaCH978j8

"Unfortunately, we then spotted some issues in the fuel system, which were impacting most of his laps and meant we couldn’t give him any consistent runs. The session was quite compromised for him, which is a shame, but we stopped running before the chequered flag, so we could investigate the problem and fix it ahead of his running first thing tomorrow."

"The rear of Sebastian's crash helmet carries the message 'change the world, sip by sip', highlighting the importance of reducing the unnecessary transport of water bottles, in turn lowering the worldwide emission of CO2, in combination with a push to reduce the use of disposable plastic bottles."

"Despite the morning sun giving way to something akin to a sandstorm in the afternoon, the team completed 133 laps without technical issues, a good way to begin our final approach to the start of the season."

"eIt was a smooth morning, everything ran well and that’s all you can ask in testing – you want reliability on your side and the team back in Woking has done an awesome job of giving us a great start on day one. We got a good amount of runs and laps done, with a focus on getting more and more familiar and comfortable in the car."

The day the turf stood still: looking back at sport's sudden shutdown (The Guardian)

"I don’t know why, but even though we were going about our activities as normal, I did have a hunch that the race would be cancelled with things around the world getting worse, and that we wouldn’t be coming back to the track the next day."

"4,253 laps of the Bahrain International Circuit were completed across the three-days of pre-season testing. Surprisingly, of the top five for laps run, only one driver was a rookie – Pourchaire."

"Dutch kart star Emely de Heus will step up to single-seaters this year by making her debut in the Spanish Formula 4 Championship. The 17-year-old from Mijnsheerenland has signed to drive for Dutch team MP."

With the introduction of sprint races looking increasingly inevitable, Joe Fillmore speaks up in favour of the idea:

I think all the criticism of these sprint races is valid for the many reasons that have been mentioned.

However, I don’t think this change is as profound to the integrity of the sport as many people are making it out to be. They would essentially be increasing the grand prix by 50% and dividing it in two days, 33% on Saturday and the remaining 64% on Sunday. There will be no reverse-grid gimmicks and a race over two days might throw in other variables like weather that teams have to contend with.

I doubt there would be as much backlash if the race was increased by 50% on Sunday, especially considering the total kilometres of a race has been changed several times in the past.

I am not sold on the idea but have no problem with it being tested.
Joe Fillmore