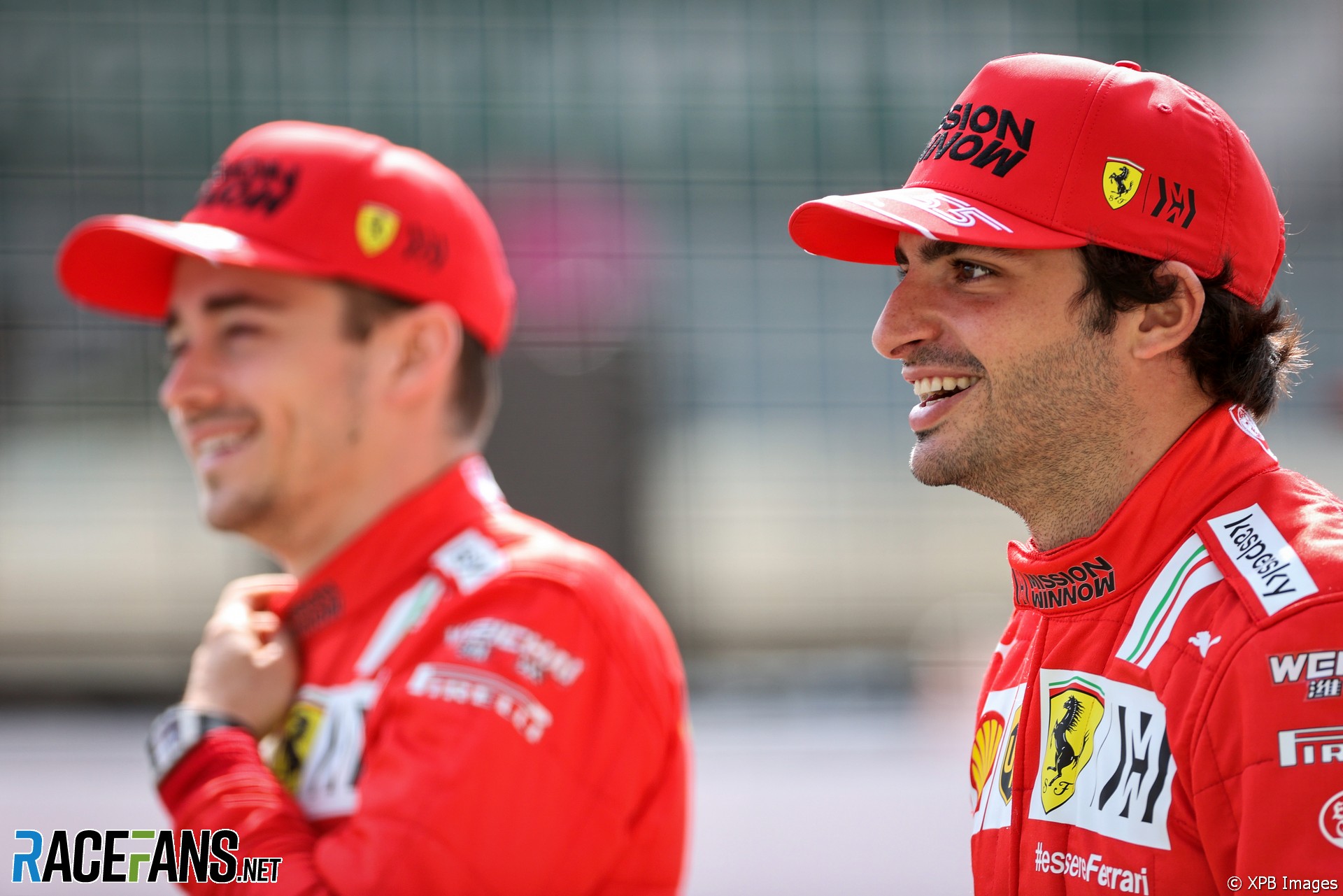 Carlos Sainz Jnr’s experience of driving for other teams is already proving beneficial for Ferrari, according to his team mate.

Ferrari’s newest driver has raced for McLaren, Renault and Toro Rosso in the last four years. However Charles Leclerc said he and Sainz are giving similar feedback to the team about their new SF21.

“One good thing is that with Carlos we seem to have a very similar feeling of the the car, very similar comments,” said Leclerc, “so we are going in the same direction, both of us, with our comments.”

Ferrari is seeking to recover from a poor 2020 campaign, where the team realised at the beginning of the year its new car was not competitive.

“There was a strange atmosphere at first in 2020 when we realised the reality of things was quite a lot worse than what we expected,” said Leclerc. “And there was a time where it was, of course, not great.

“But very quickly the mentality changed and there was a huge motivation to try and come back where we want to be. And I think this didn’t change this year.”

Sainz’s knowledge of how other teams operate is helping Ferrari identify where they can make improvements, said Leclerc.

“But the mentality of the team itself is still as motivated as last year, is really willing to push to have better things coming soon.”

However Sainz said there was little scope to compare the cars he has driven previously with the Ferrari. “Every car is completely different,” he said.

Following his first test in the car yesterday Sainz said he is learning quickly how to get the best out of the Ferrari’s particular handling characteristics.

“I can feel that today in lap 59 I knew much better how to drive the Ferrari than in lap one,” he said.

“It’s all a matter of adaptation, of experience of doing all the time the same braking, the same corner entry speed, turning points, et cetera and knowing how the car reacts to wind, to the new tyres, to the front wing. Every car is a different animal, especially these animals that we drive nowadays.”