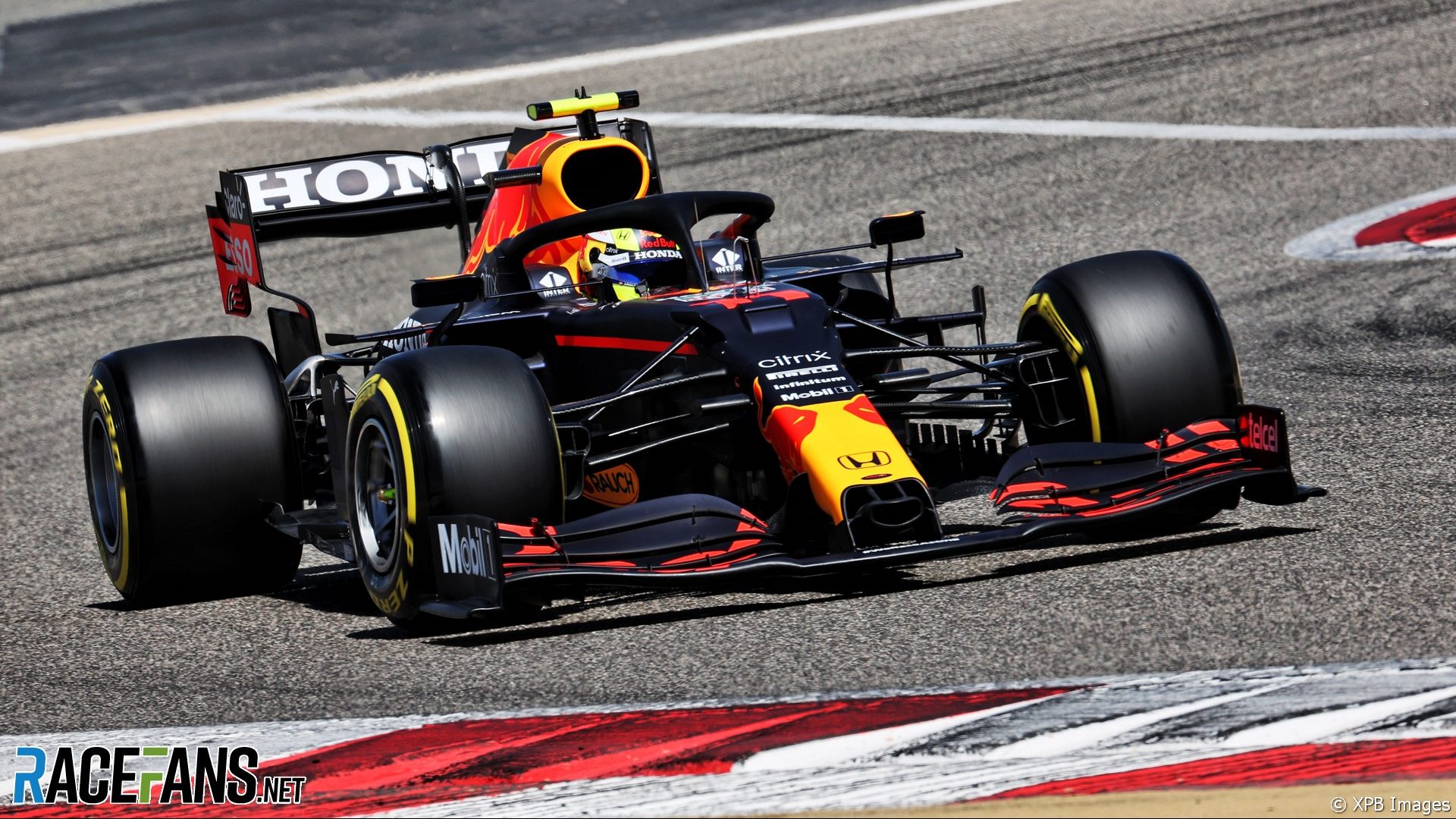 Sergio Perez completed his pre-season testing for Red Bull by setting the best time on the morning of the final day.

Charles Leclerc set an early best time for Ferrari which stood that would stand throughout the first half of the session, running a 1’30.486 on medium tyres. It was a busy morning for Leclerc, who racked up 80 laps over four hours.

Lando Norris, in his last test session for McLaren before handing over to Daniel Ricciardo this afternoon, set some rapid laps on the harder compounds, his runs mirroring those of Perez. Both used the C2 tyres for their fast runs, the second-hardest available from Pirelli.

Perez’s first bid for the fastest time of the test – a 1’30.177 – was deleted for a track limits breach. He went on to set another fast time, on softer tyres, to finish the session on a 1’30.187, the best of the test so far, a tenth of a second faster than Valtteri Bottas managed yesterday.

George Russell had his first outing in the Williams – Roy Nissany and Nicholas Latifi having driven previously – and got plenty of uninterrupted running in today’s fine conditions. He finished eighth-quickest, well ahead of Kimi Raikkonen and Lance Stroll.

The Alfa Romeo and Aston Martin drivers appeared to be focussing on race simulations. The pair logged substantial mileages – Raikkonen covering more than one-and-a-half race distances single-handedly, but were more than five seconds adrift of the fastest times.

The track conditions were considerably better than in previous sessions. The weather was clear, and rubber has built up on the racing line since Friday’s sandstorm. The day began relatively cool, with 20C air temperatures and 24C track temperature, rising to air 24C and 45C respectively by the end of the uninterrupted four-hours of running.

As has been customary during this test a red flag brought proceedings to a close which five minutes left to run, giving drivers an opportunity to perform practice starts.