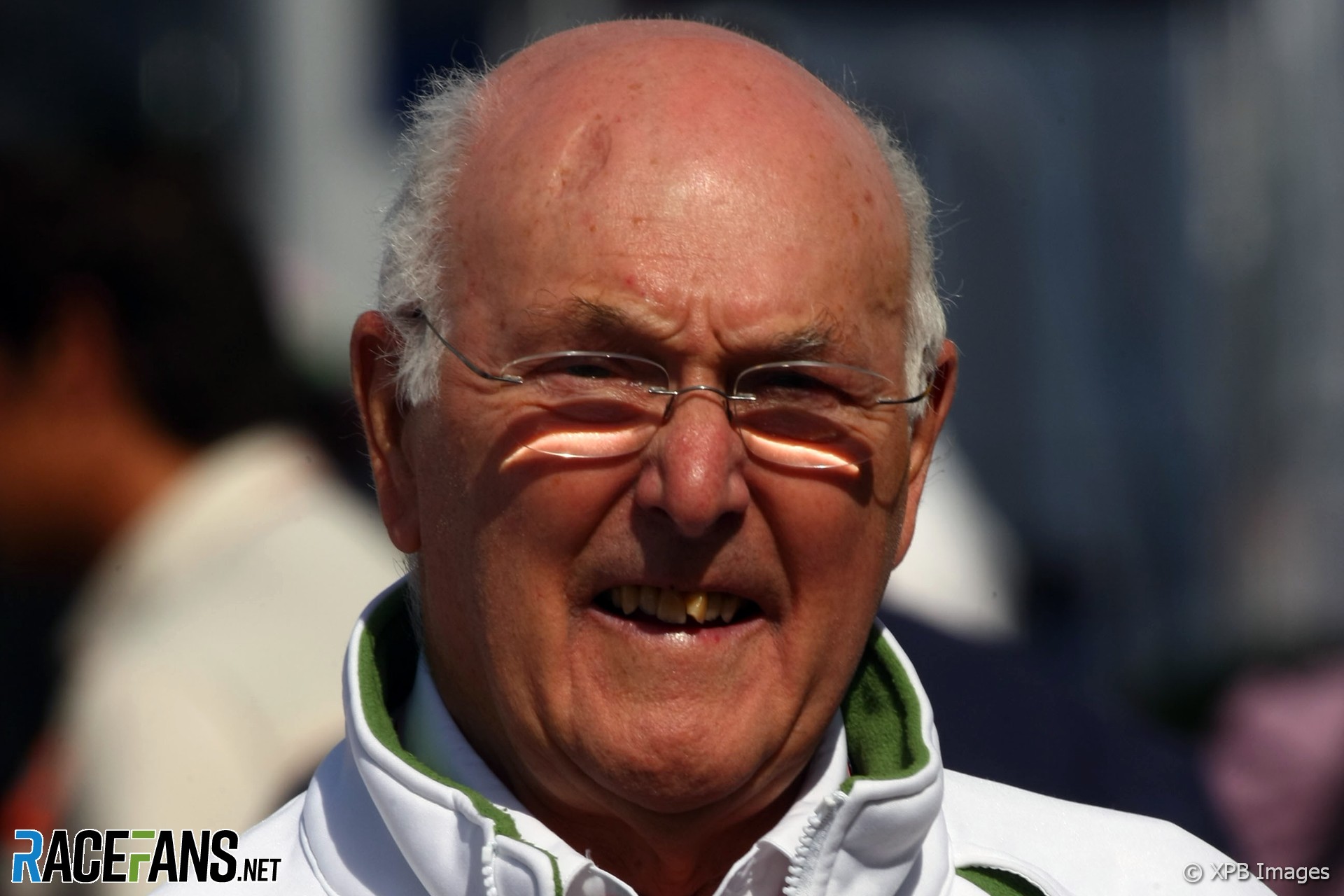 In the round-up: Tributes to legendary Formula 1 commentator Murray Walker have flooded in following the news that he has died at the age of 97.

F1 drivers past and present have expressed their sadness at the death of Murray Walker and paid tribute to his legacy in the sport. Lewis Hamilton was among those who said how Walker’s inimitable commentary style left an impression on him as a young motorsport fan.

So sad to hear of Murray’s passing. I remember growing up hearing your voice over the races. You made the sport so much more exciting and captivating. The iconic voice of our sport and a great man, thank you for all you did, you will never be forgotten. Rest in peace

Today we say farewell to one of the greats of our sport, Murray was the voice of F1 for so many years, he put his heart and soul into commentating. The legend will always live on in our memories but today in Murray’s words “I’ve got to stop because I have a lump in my throat” pic.twitter.com/Z10RcslkGk

God's Speed Murray and thanks for so much. The Legend will never die. #Murray #F1 pic.twitter.com/s3HBqeoYLz

So sad to hear the news about Murray. He was inspirational, supportive and a legend. I feel honoured to have worked in a neighbouring booth to him and then with him directly when I joined the BBC and he came along to Silverstone. His voice will stay with me forever

Deeply saddened to learn of the death of my mentor Murray Walker. Just shy of his century. We lived some great experiences together on the road, many laughs and endless stories. A life incredibly well lived. #MurrayWalker #F1 pic.twitter.com/y0uIjs4eQd

Hum…interesting to see the lack of stability from the rear end. That corner in Bahrain always gives you a good idea of how the car behaves.
Mercedes will I'm pretty sure work and find solutions https://t.co/oYpWZKA1it

Very sad to learn that Murray Walker has passed away. @F1 Grand Prix commentator for over 25 years for the BBC and ITV, notably with James Hunt, he was the voice of Formula 1. All the @FIA family pays tribute to him. My thoughts are with his loved ones. pic.twitter.com/NtD178U8HF

@CroftyF1 The tech to make the timing screens to sort lap cars dropping back is very basic. We do it fine in Indycar. The extra fuel you save is irrelevant as you are still a lap down.

The legendary Formula 1 commentator Murray Walker has died at the age of 97.
Here’s a look back at the time he “realised a life ambition” by getting behind the wheel of a Formula One car. pic.twitter.com/YiwfIiIwCV

Murray Walker, the voice of Formula One, dies aged 97 (Guardian)

"Murray Walker, the voice of Formula 1, has died aged 97. Walker, whose broadcasting career spanned more than 50 years, worked for the BBC and ITV, before he retired from commentating in 2001."

"In describing Walker's commentary style, the late broadcaster and writer Clive James hit the nail on the head: 'In his quieter moments, he sounds like his trousers are on fire.'"

Yuki Tsunoda: "I’m really starting to understand the car and how it reacts with different tyre compounds now – my performance isn’t perfect yet but I’m happy with how the test is going from my side. I’m also getting more confident in high speed corners, as I continue to understand the downforce levels of the car more with each run we do. "

Perez: "I couldn’t feel when that happened, just the car felt a bit more difficult, but other than that I think the team is sorting it out. We didn’t lose much track time actually, it was the same for everyone as there was a red flag. Given that we lost some track time earlier in the morning I think overall it has been a good day."

"We want to achieve both aims, making sure we have an entertaining and competitive championship with integrity, but then offer an environment where we can make it a viable investment for these brands and companies to be involved in Formula 1 to enhance and lift the level"

There are, unsurprisingly, a wealth of tributes from readers to Murray Walker and the instrumental role he played in stirring so many passions for Formula 1 and motorsport in so many of us. Each is personal and @ben-n offers their own account of what Walker meant to them – one that will likely resonate with many.

It’s a strange feeling to feel so sad about the passing of a 97-year-old man I never knew, but I really felt this.

Murray Walker was the sound of my childhood. The only person I ‘knew’ who loved my favourite thing as much as him. I looked forward to every weekend so I could spend two hours sharing my passion with Murray. I hope he knew how much he meant to so many people.

What an astonishing life. If there were more Murray Walker’s, the world would be a far better place.

Rest in Peace to a terrific man, who taught me that “anything can happen in Formula One, and it usually does!”
@ben-n