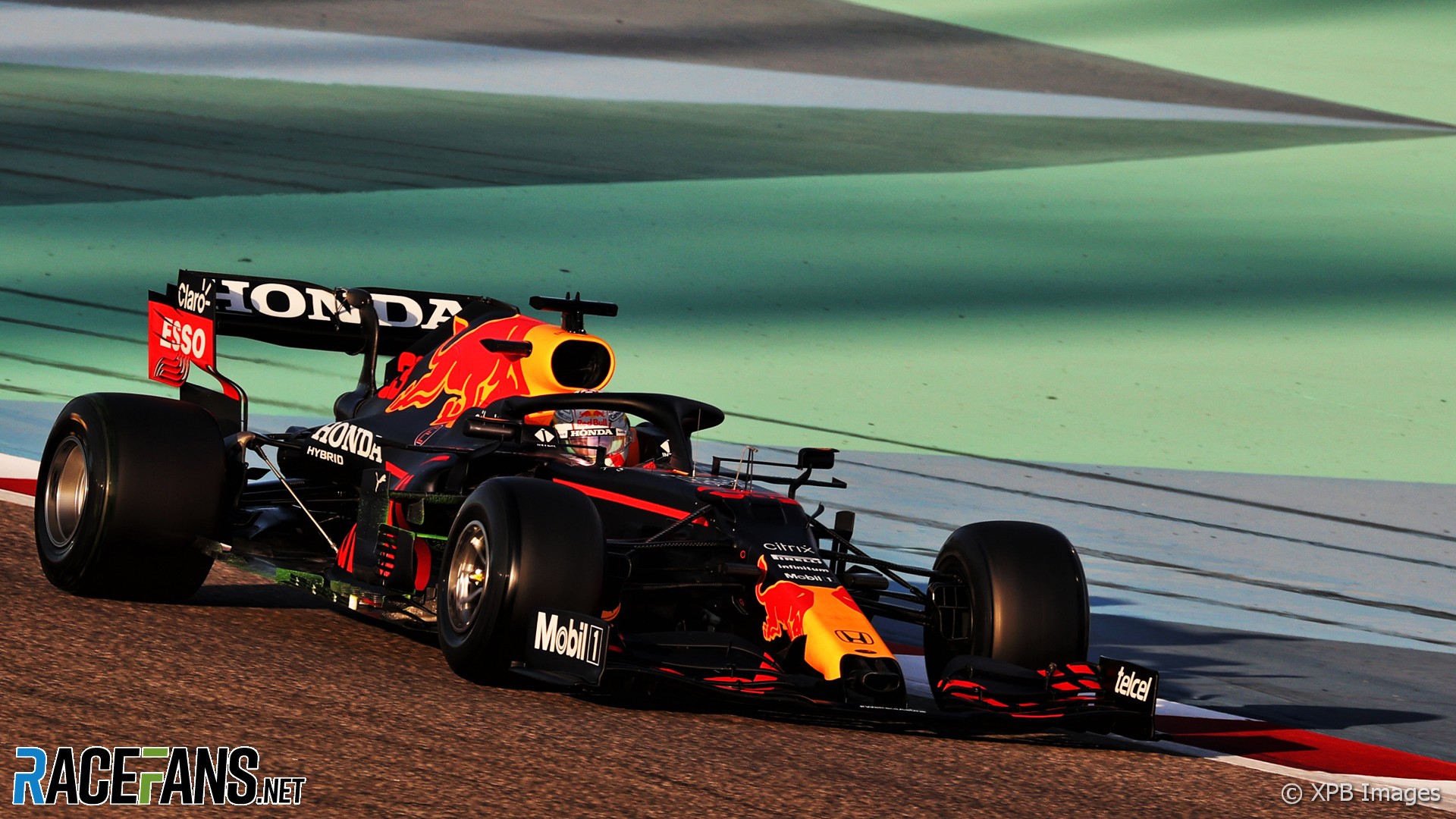 Red Bull ended pre-season testing with a show of strength, topping the morning and afternoon sessions at the Bahrain International Circuit.

Max Verstappen picked up where team mate Sergio Perez left off in the afternoon, setting the fastest time of all three days of testing so far. AlphaTauri’s rookie Yuki Tsunoda put a second Honda-powered car in the top two, less than a tenth of a second behind the Red Bull.

The Honda-powered pair swapped the fastest time repeatedly during the final hours of testing. Verstappen took it first, only to be beaten by Tsunoda as he swapped the medium compound tyres for softs.

Verstappen eventually emerged on top but there was little to choose between them, and the rookie’s laps were not entirely error-free, suggesting there was pace left in the AlphaTauri. However Tsunoda ultimately set his fastest time on the softest C5 compound while Verstappen used the C4s.

Sebastian Vettel’s final day of running for Aston Martin ended early, the team blaming a loss of turbo boost pressure. Carlos Sainz Jnr did not have a smooth day either, suffering a hydraulic fault on his Ferrari, confining him to their garage for an extended period. However he was able to get running again in the final half-hour and set the third-fastest time, covering 79 laps.

Despite late runs on soft tyres, Lewis Hamilton was unable to set a time to challenge the Red Bull or AlphaTauri drivers. He seemed uncomfortable in the car, grappling with the W12 and running wide, even spinning out of the final turn while setting up one lap.

Hamilton finished fifth-fastest, 1.3 seconds adrift of Verstappen’s time, set on the same tyre compound. Mercedes have covered the fewest laps of any team.

Testing concluded with a bizarre incident between Sainz and Kimi Raikkonen, who ended the day third and fourth respectively on the times sheet. The Ferrari driver dived up the inside of Raikkonen at turn 10, the pair making contact. They ran wide, and Sainz sprinted after Raikkonen as they retuned to the pits.

Conditions this afternoon continued as favourably as in the morning, without any further sandstorms or high winds. As a consequence, times fell across the board. Every team besides Aston Martin improved their lap times on the final day of running before the Bahrain Grand Prix in two weeks’ time.