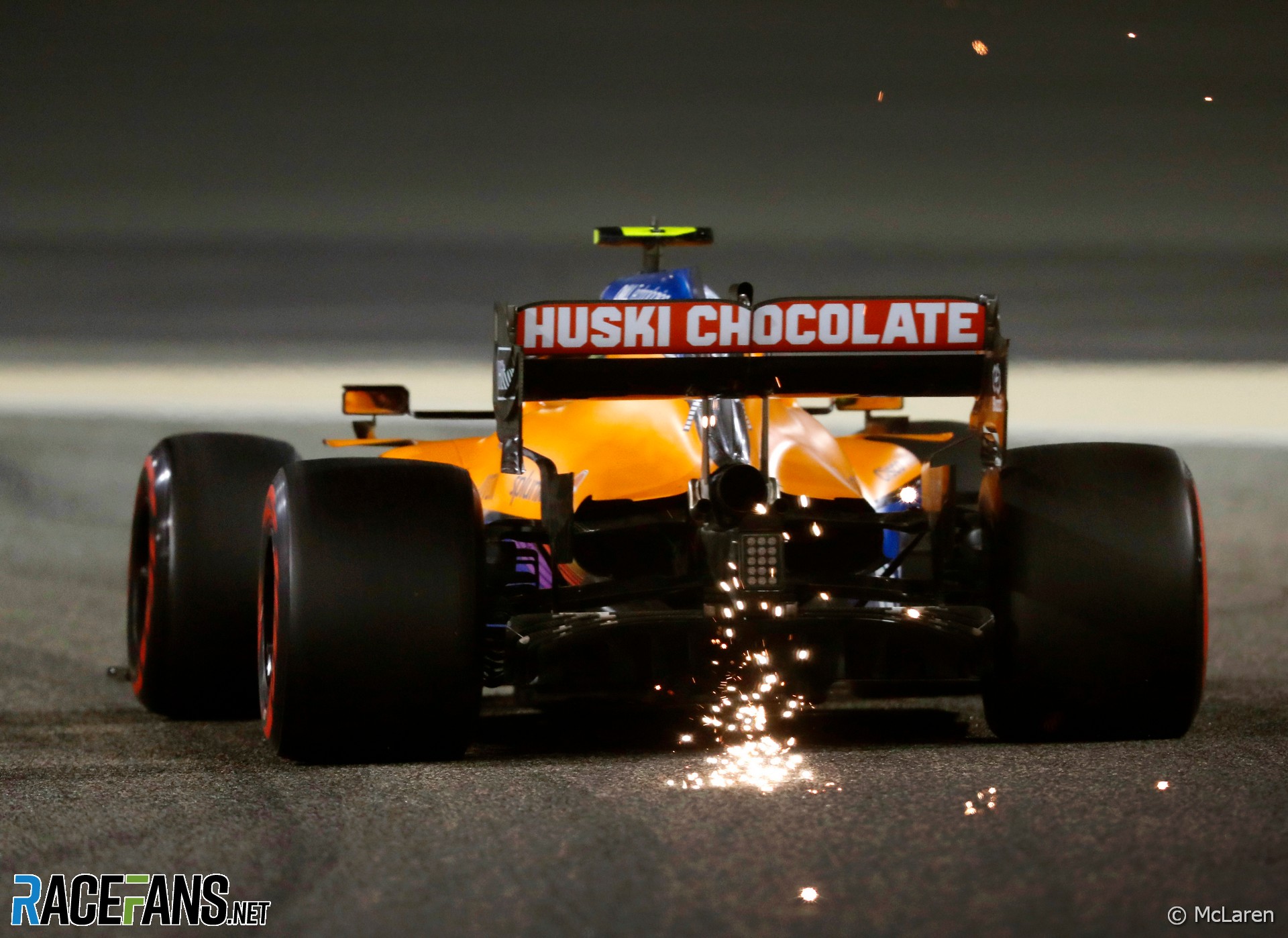 McLaren technical director James Key admitted he is surprised no other team has adopted their solution to the new diffuser regulations.

The change to the diffuser dimensions was one of three restrictions imposed to reduce how much downforce cars generate this year. It required teams to reduce the height of the vertical strakes within the diffuser by 50mm.

However McLaren have carefully exploited the regulations specifying the dimensions of different parts of the diffuser which allow them to have longer strakes provided they are situated within 250mm of the car’s centre line.

The detail was hidden by McLaren in images they issued from their car’s filming day at Silverstone, and came to light when testing began in Bahrain last week. The team’s technical director James Key admitted he expected other teams would have interpreted the rules in the same was as McLaren.

“I think we are a bit surprised that maybe we’re only team right now with that,” he said. “It’s just one feature of many on an area which changed for this year.”

Key credited the team’s aerodynamic department for coming up with the novel solution.

“I think it’s always nice for a team to come up with an idea which is unique and the credit fully goes to our aero department and the guys in the rear aero group for realising that there was an opportunity there to use the new regulations in such a way. So full credit to them in that respect.

“Of course it’s nice to find something which is maybe a little bit unique to us. I suppose it’s one of those visible things which gets talked about a lot, but ultimately it’s just a bit of a much wider picture of a complex back of a car. I’m sure it’ll be forgotten by the time we get back here in a couple of weeks’ time.”

Key suspects it could take a few weeks for any rivals who wish to copy McLaren’s design to produce a version tailored to their cars.

“The first port of call with any any idea you see elsewhere is CFD,” he explained. “So I think you can jump on an idea that you spot on another team within a week, easily, nowadays.

“If there’s still interest after a week, whether it’s our diffuser or Mercedes’ edge of floor detail or whatever it is, I think you can get a feel for things quite quick.

“So you’d probably, therefore, wind tunnel test it, so that might be a week or two down the line. And then you’ve got to a manufacture it – and these particular purposes are fairly straightforward so you could say between three and five weeks between taking the picture and putting it on your car if you really wanted to push it through.”