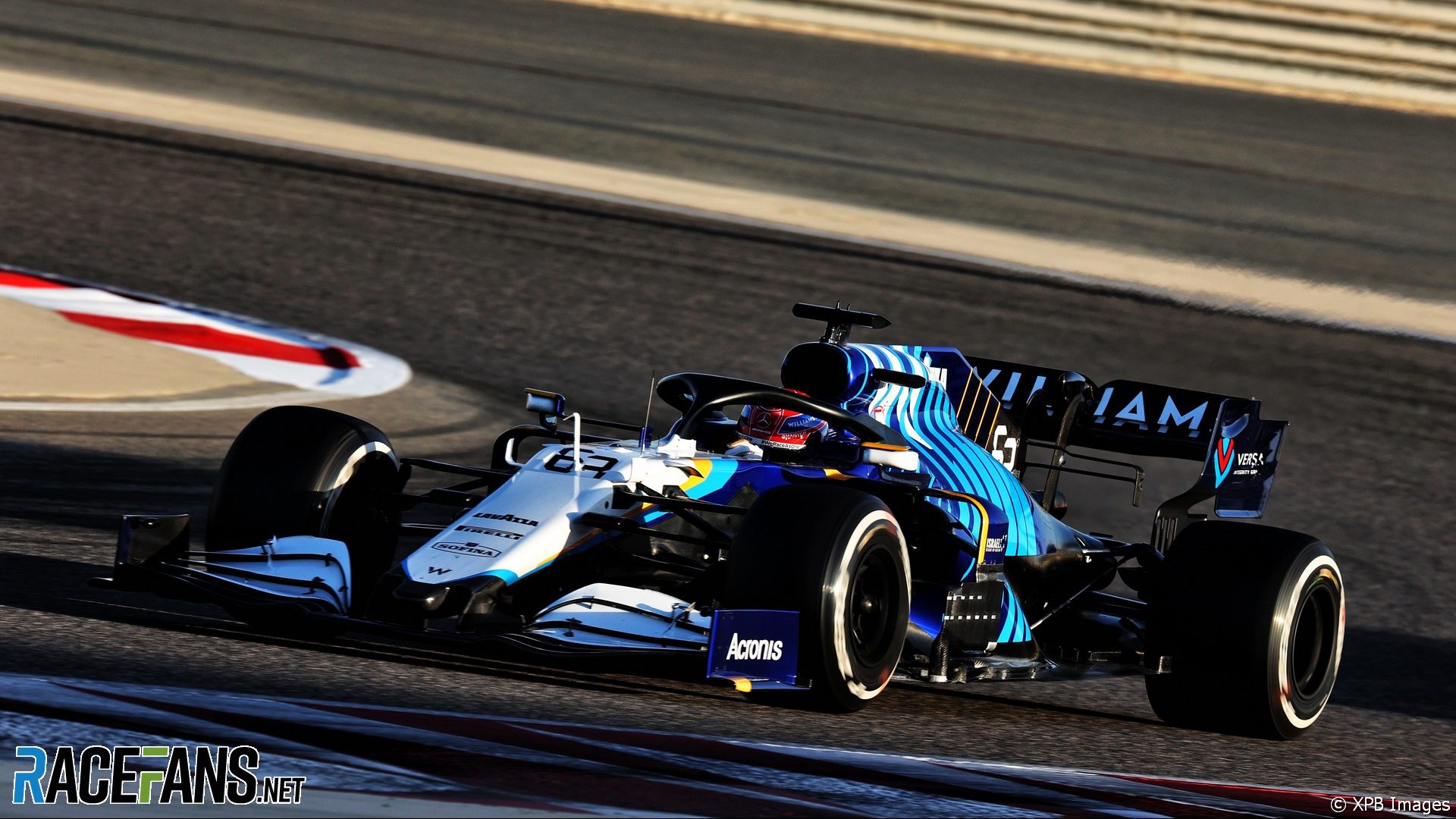 George Russell says Williams’s success in 2021 could come down to which way the wind is blowing after his single day of pre-season testing.

After completing 158 laps in the FW43B, Russell confirmed the team’s suspicions that their new car is “incredibly sensitive” to wind.

“This test has been a very productive one for the team with an incredible amount of laps, no issues reliability-wise,” says Russell.

“But we knew ahead of the season and it was confirmed over these three days that our car was incredibly sensitive to the wind. The conditions of these past three days have probably brought out the worst of the car. Which has been positive, in some ways, to analyse, but equally I think you will see that our performance will yo-yo this season and unfortunately quite often at the hands of the wind.”

Russell explains that the team’s aero philosophy for their updated challenger for 2021 means they expect to perform well when conditions are in their favour.

“The positives are that when the wind is in a favourable direction, the car’s very fast,” Russell says.

“So when we do go to a track where the winds are lower, a track that’s maybe a bit more high speed… We talk about yaw sensitivity – the yaw angles get very high at low speed, especially when there’s a bit of wind. And that’s where our car is very poor. So the positive is there is a fast race car in there, but unfortunately, it’s almost out of our hands where we can excel.”

The aerodynamic sensitivity of the Williams is a deliberate design choice, says Russell, intended to maximise their performance on certain tracks that suit their package in a bid to help them avoid a second consecutive point-less campaign.

“We’ve opted to go down a route to give more downforce, but at the expense of being a bit more sensitive,” he explains.

“That was our decision because, ultimately, we recognise that… if we were consistently at a set pace, as we probably were last year, we consistently won’t be scoring points.

“You’ve only got to be quick at two races, for example, and you will finish potentially eighth or ninth in the constructors championships. Haas scored three points last year. Alfa Romeo scored eight. And we want to try and be as quick as possible when the stars align.”