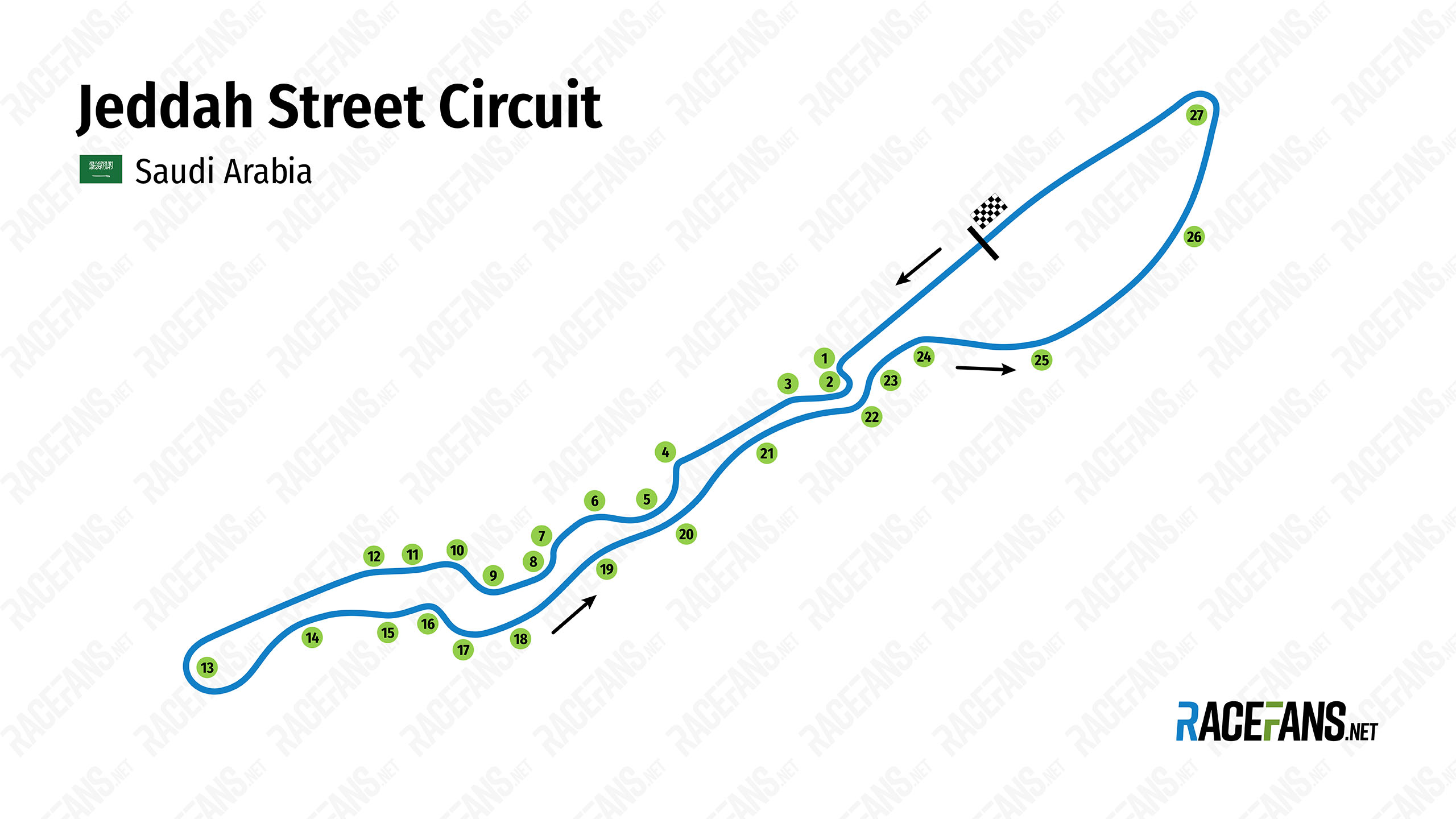 Formula 1 has revealed the layout of the new track which will hold the first Saudi Arabian Grand Prix later this year.

The 6.175 kilometre Jeddah Street Circuit will be the longest street track used by F1 today, and the championship claims it will also be the fastest. The 27-turn track is estimated to be lapped at average speed of up to 250kph, indicated lap times will be less than 89 seconds.

The layout could include as many as three DRS zones, and it up to 15 metres wide in places to encourage overtaking. In order to meet the minimum F1 race distance of 305 kilometres, 50 laps of the track will be required.

Formula 1 has worked with Tilke Gmbh on the design of the circuit. Motorsport director Ross Brawn said the circuit will “provides exciting wheel to wheel racing for our fans and challenges all of the drivers.

“The design brings out the best of a modern street circuit but also has fast-paced free-flowing areas that will create fast speeds and overtaking opportunities.”

An onboard lap of the Jeddah Street Circuit in Saudi Arabia, which @F1 and @FIA_F2 will race at in November:pic.twitter.com/SmHyJggjWr #F1 #F2