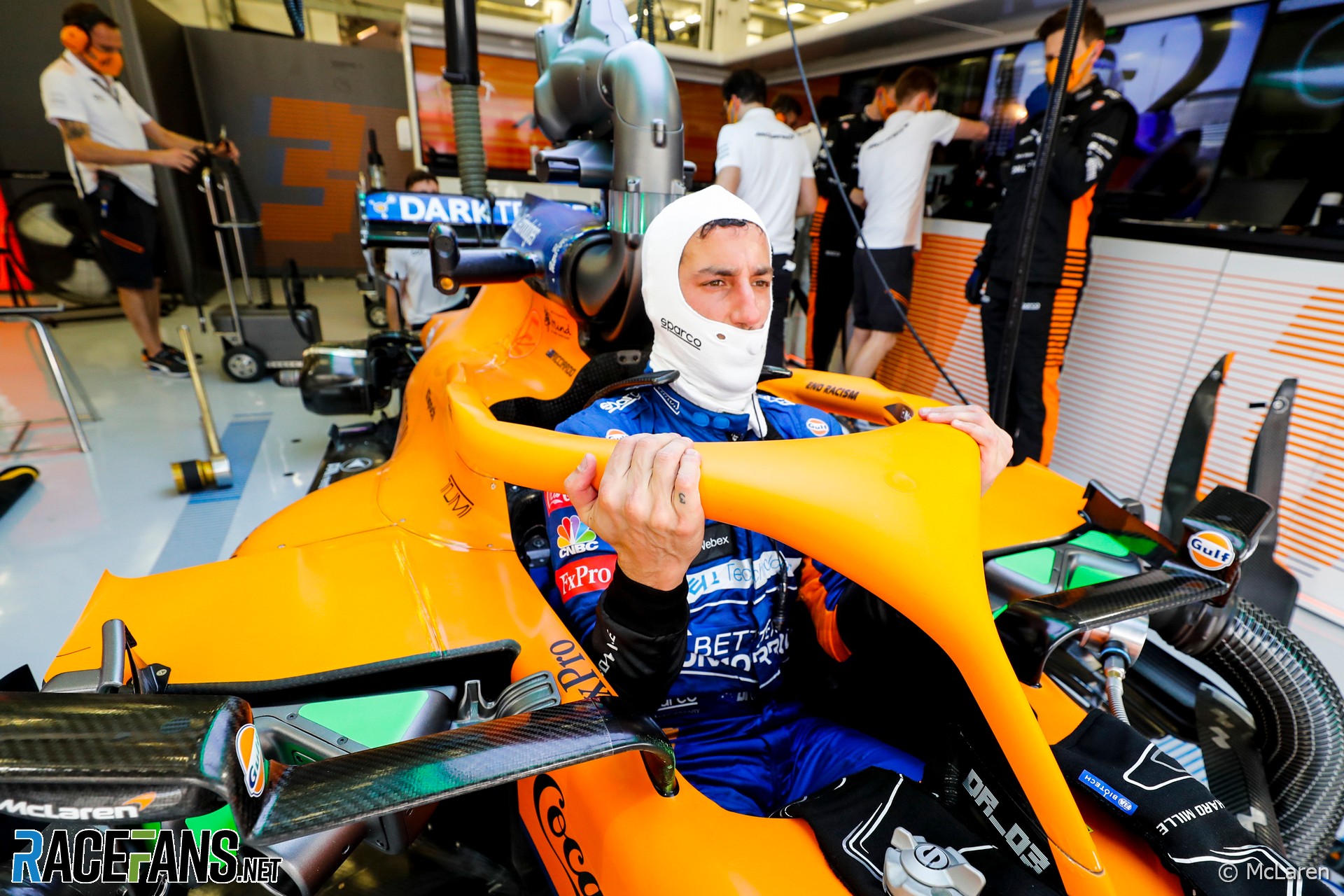 In the round-up: Daniel Ricciardo says he decided to leave Renault and join McLaren because he was impressed by the rate of progress the team had made.

Ricciardo was asked what McLaren offered which Renault did not:

I think what I saw in the last couple of years was rapid progression. I think a lot of teams have made progress, but it didn’t seem like any at the rate McLaren had.

They’ve gone through a big restructure through 2015, ’16, ’17 and it felt like it had now been in the right place where they’ve got now some stability and then this rapid progression. So that’s what I see.

I think the the work ethic around the team is really good and I’m trying to just embed myself and try to be another positive piece to the puzzle.

"Australian Grand Prix officials are 'frustrated' by the Victoria government’s reluctance to give the event spectator attendance guidelines. AGP organisers are also waiting for an indication of quarantine requirements."

"An unauthorised reproduction of Ferrari's 2019 Formula 1 car, the SF90, was seized by customs on its arrival to Italy from Brazil."

"The Formula Regional European Championship by Alpine will support Formula 1’s Emilia Romagna Grand Prix at Imola next month as its new season opener as it loses its planned Spa-Francorchamps round."

Hamilton will know exactly when to leave F1 and I think he will quit for good, claims Coulthard (The Sun)

"I don't think with Lewis you can use historical trend. He is very much his own man and at this stage at his career where he has found a way of operating."

"There is a lot to be said for how Luca (Ghiotto) and Nikita (Mazepin) got on together. They were massively helpful. Luca was such a calming influence as well, and having him there kind of reasserted what we needed to worry about what we didn’t."

Miltiadis has a few concerns about the Jeddah Street Circuit layout revealed yesterday:

The first one is safety. The circuit seems extremely tight in most parts and the vast majority of corners are high speed.

High speed corners and minimal runoff doesn’t sound that good to me. Imagine having a puncture like the one that Kvyat suffered at Silverstone in one of the high speed parts…

Bar the initial safety concerns, overtaking seems to be rather difficult in this layout.

Turns one and seem like a copy of the Hanoi corners one and two, plus the main overtaking spot (turn 27), is a short straight after a sequence of multiple high speed corners. It’s exit seems super-tight as well, so honestly I can’t see many cars going side by side there.

Another poor addition to the calendar, but as usual in Formula 1, money is a key deciding factor in many stuff.
Miltiadis (@Miltosgreekfan)