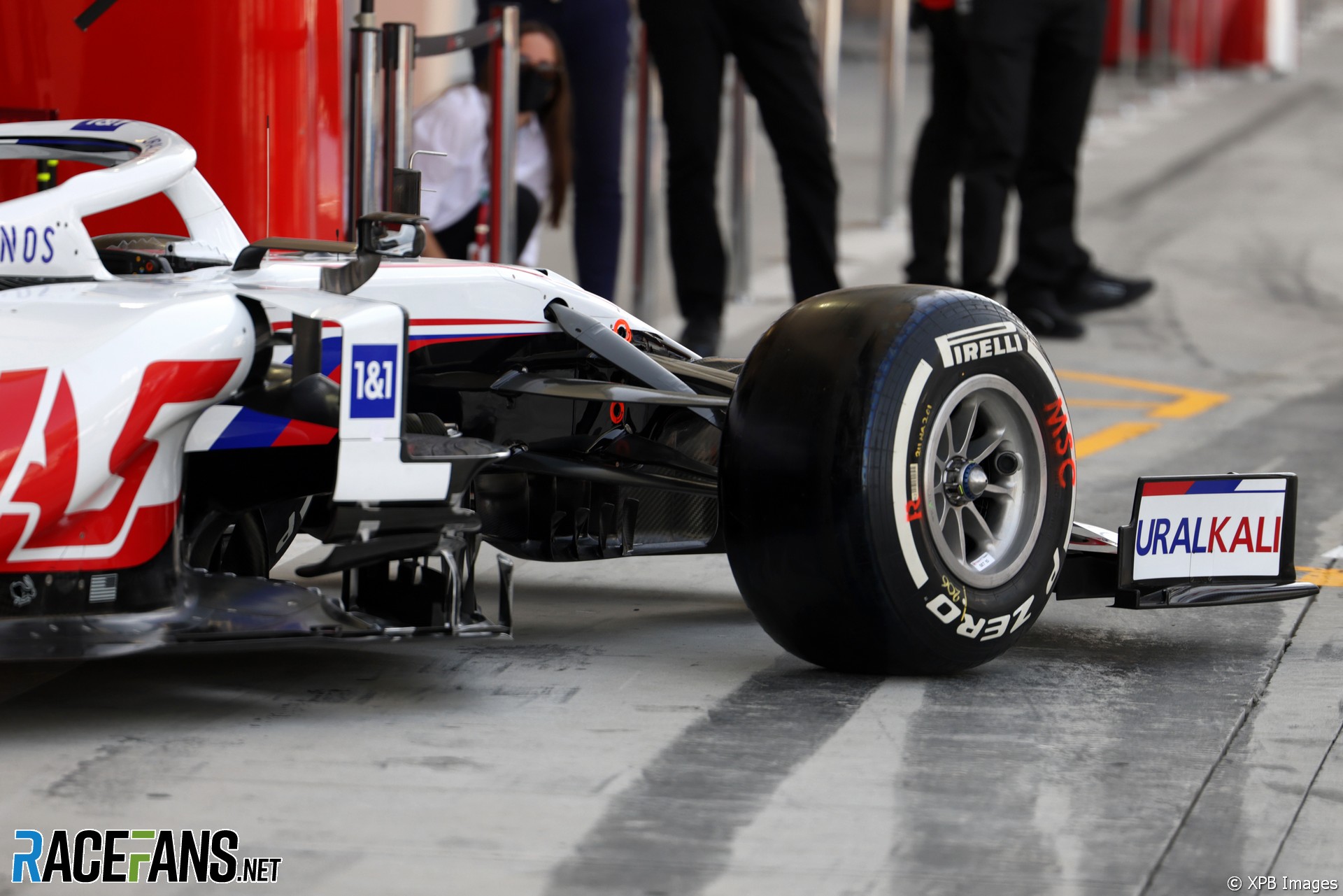 Haas will bring the final update for its 2021 car at the second round of the championship in three weeks’ time.

The Ferrari-powered VF-21 is a loosely upgraded version of last year’s car, with necessary changes made to comply with the latest technical regulations but little else changed.

Haas previously indicated the car it brought to pre-season testing would only have small refinements for the Bahrain Grand Prix that kicks off the Formula 1 season this weekend, and then go undeveloped while the team prioritises work on its 2022 machine. But the VF-21 car which has arrived in Bahrain is not in its final specification.

“We had a late development which we will introduce in Imola but then it’s the last step of this car,” Steiner explained in Bahrain today.

“There will be some smaller parts for Imola, no big changes, to be honest. It’s just some small parts which didn’t get ready in time. We will have some parts in Imola that will be [added], but then we don’t change the car any more, as I said before.”

Imola hosts round two of the season, the Emilia-Romagna Grand Prix, on April 18th, leaving Haas three weeks to complete its work on the VF-21.

Unlike its rivals, Haas has not used either of the allocated development ‘tokens’ to update its VF-21. However Steiner said the car has nonetheless changed “quite a bit” compared to last year’s chassis “because you had to change it to the new regulations”.

“The floor has changed and it’s a different front wing,” he explained in response to a question from RaceFans. “The bodywork has changed because there was some changes to the engine, obviously. The brakes [too]… there has been some quite big changes if you compare it with last year’s car.”

In pre-season testing, the VF-21’s fastest lap was a 1’31.531 on the C4 compound tyre set by Nikita Mazepin, which was 1.420 seconds slower than the best lap recorded by the VF-20 during last year’s Bahrain GP weekend.