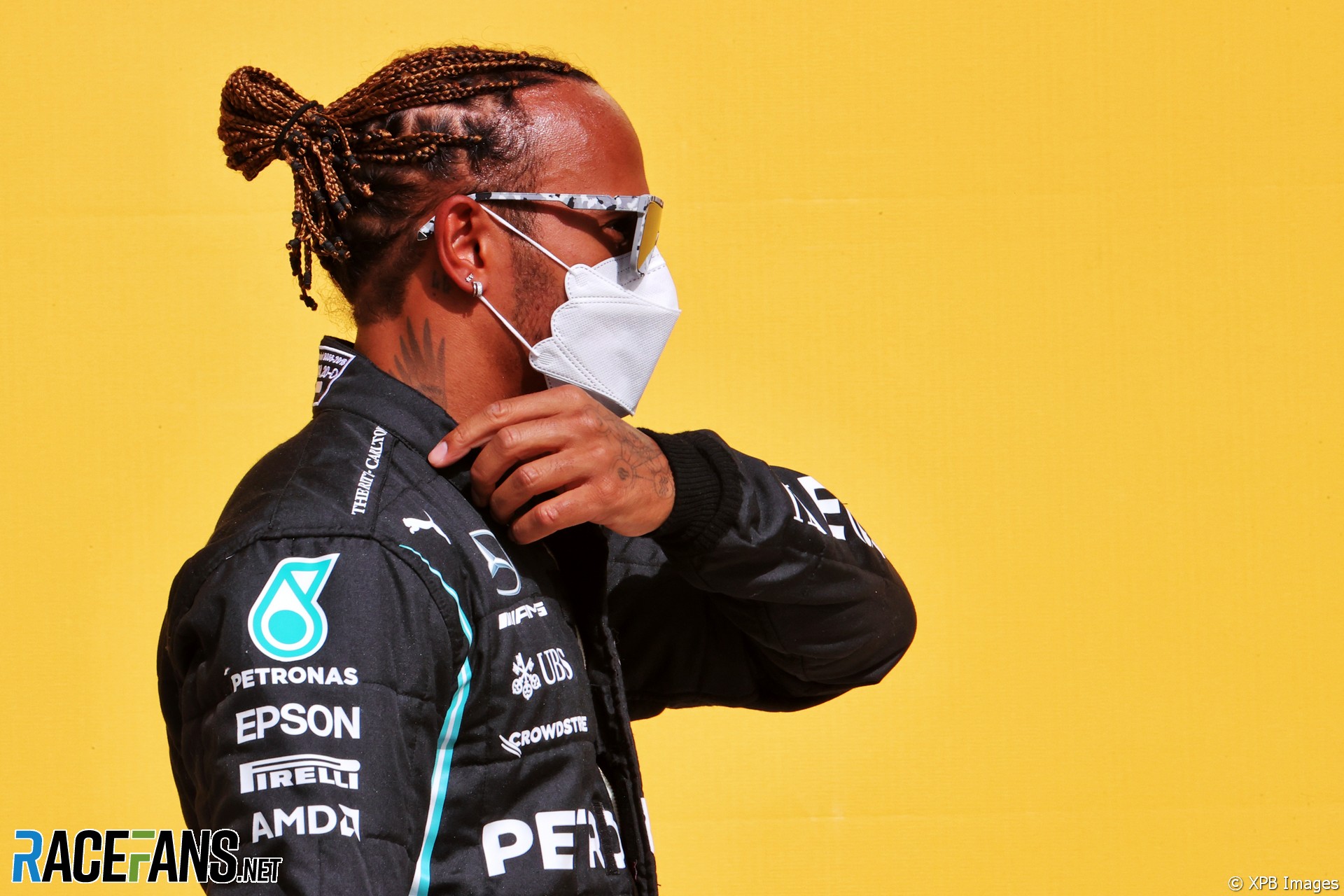 Lewis Hamilton has played down suggestions he could walk away from Formula 1 at the end of this season, indicating he’s eager for a closer championship contest this year.

Earlier this year, the seven-times champion extended his contract to drive for Mercedes by a single season. That prompted speculation he may hang up his helmet if he wins a record-breaking eighth world championship this year.

But speaking in today’s FIA press conference ahead of the season-opening Bahrain Grand Prix, Hamilton said: “In the current position I’m in I don’t feel like this is the end.”

Hamilton is excited by the new technical regulations which will come into force for the 2022 F1 season.

“Of course we’ve got these changes that are happening next year which are exciting,” he said.

“I think this looks like it could be the most exciting season yet,” Hamilton added. “We’ve got new teams, we’ve got new formats and it’s closer.

“I don’t feel like I’m at the end. But in the next eight months I’ll find out whether I’m ready to stop or not. I don’t think I will, personally, but you never know.”

Mercedes had a disrupted start to pre-season testing and appeared to lag behind rivals Red Bull. Hamilton believes they will go into the first race of the season at a disadvantage.

“Each year it’s a little bit of an unknown but of course more often we have a better feeling of what’s happening with our car,” he said.

“For me, I’m super-excited for that challenge. Seeing some of the other teams close, I think it’s going to be great for fans. But I love that collaboration with the men and women in my team and trying to get to a common goal.”