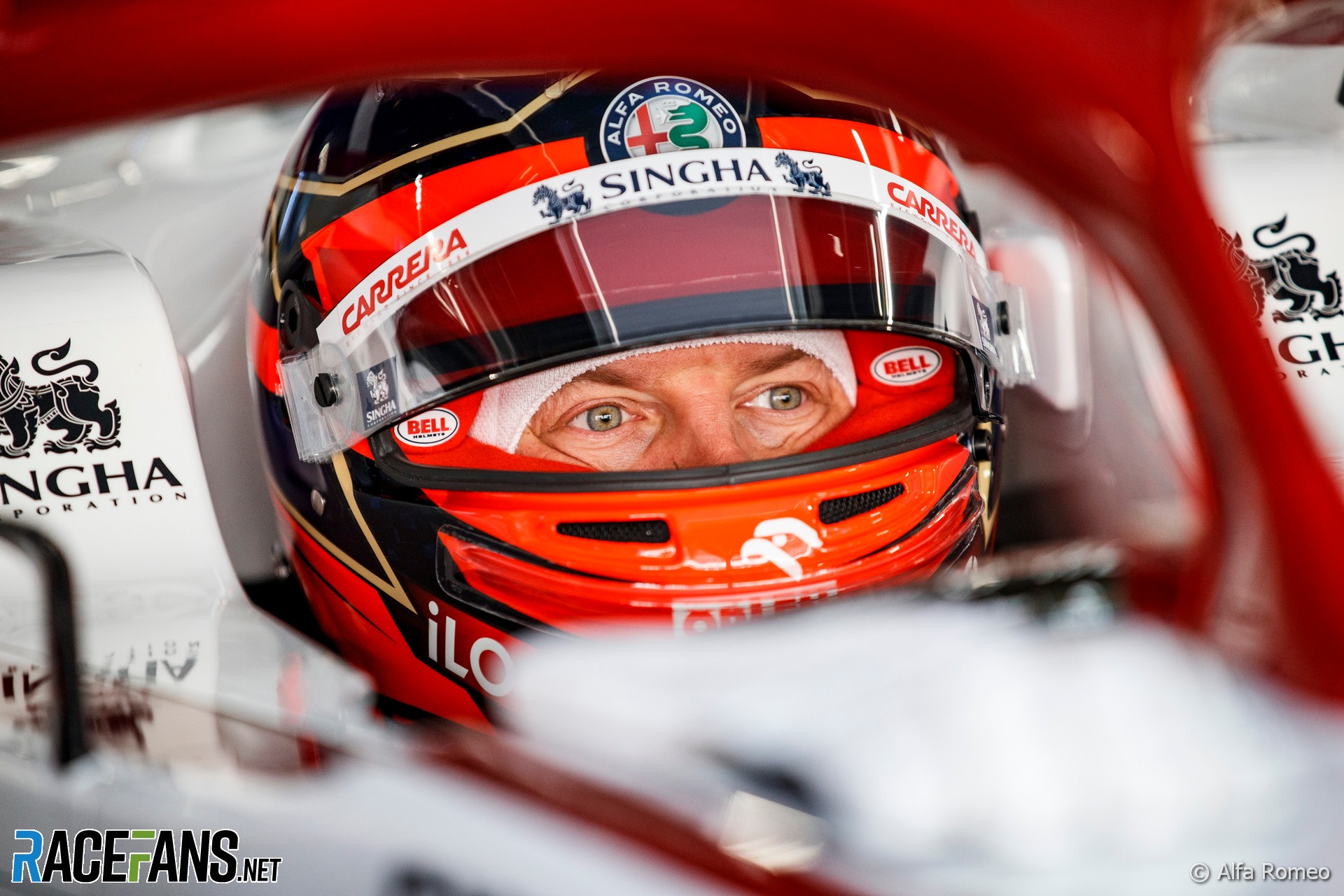 Mick Schumacher said he’s picked up some useful tips from Formula 1’s most experienced driver ahead of his grand prix debut this weekend.

The Ferrari Driver Academy member has conferred with Kimi Raikkonen, who is beginning his record-equalling 19th season in F1 this year. Raikkonen, 41, finished runner-up in the 2003 championship to Schumacher’s father Michael, and replaced him at Ferrari in 2007.

He is one of several drivers on the grid who will have raced both Michael and Mick Schumacher.

“I guess it’s kind of funny to think about it, that they’ve raced two generations,” said Schumacher. “It shows they’ve been in the sport for a while and they’ve been obviously successful, therefore they’re here. It’s going to be nice to see how things turn out on-track.

“I haven’t driven with many of them in the test because I was mostly with some other the guys. But I was driving with Kimi and I know Kimi quite well from the track, obviously. It’s always very nice talking to him and getting obviously some info and tips in there.”

Schumacher was confirmed as one of Haas’s two new drivers for the 2021 F1 season last December. He’s “really excited” for his debut and said “it’s been a long wait since last year.”

“Obviously we had the test session last week so it’s like you get a bit of it and now you want more. I’m happy that we’re here, happy that we start tomorrow and then we’ll go on from there.”

Michael Schumacher has not been seen in public since he suffered serious head injuries in a skiing accident in 2013. Mick’s mother Corinna has accompanied him to some races in the past, but his family are not joining him in Bahrain this weekend.

“I’m here alone,” he said. “I’ve got my group around me, I’ve got my people around me, and I’m sure we’ll take on that task of going into my first F1 race.”