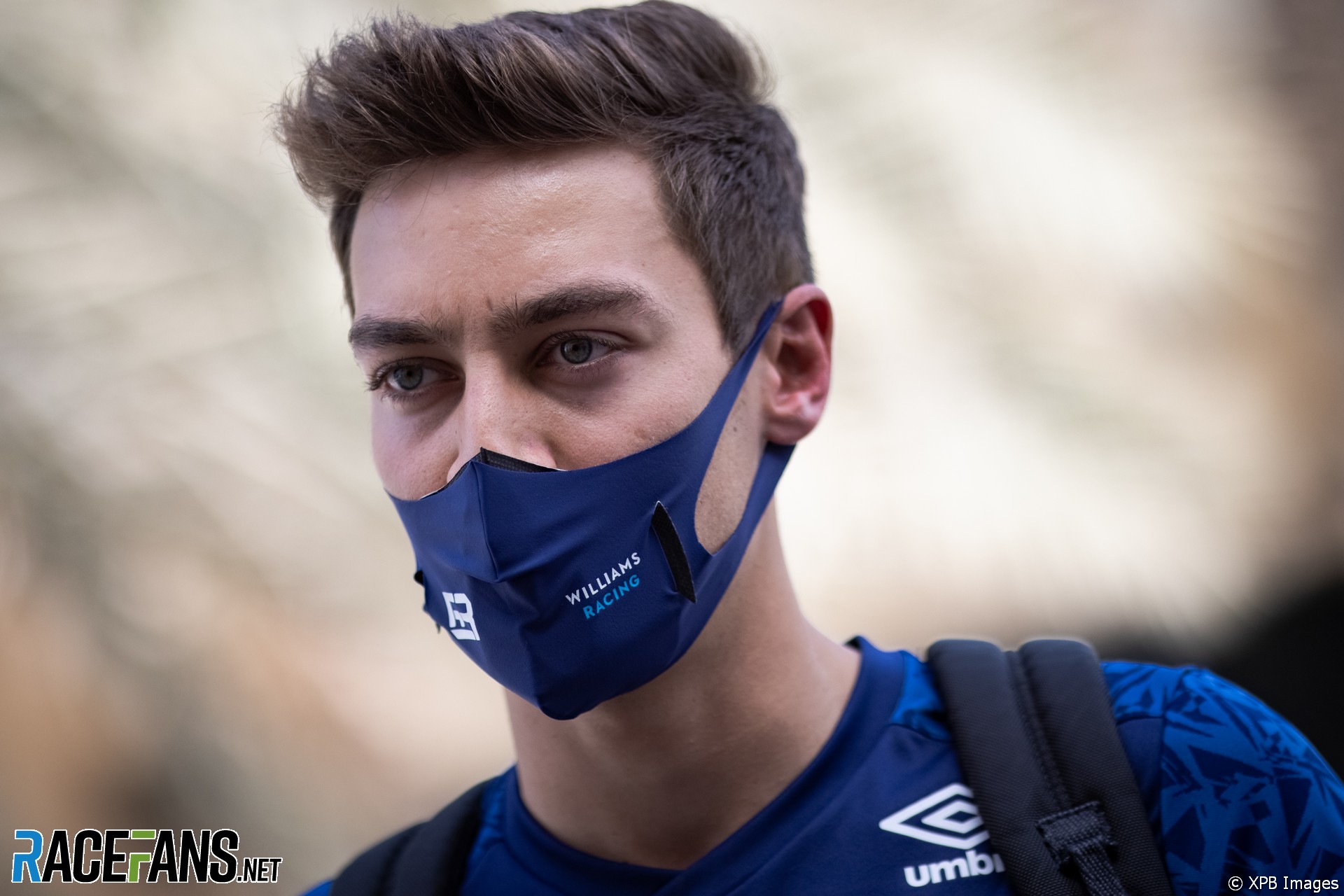 George Russell has explained his motivation behind becoming one of the directors of the Grand Prix Drivers Association for 2021.

The Williams driver, now entering his third season in Formula 1, has taken over from IndyCar-bound Romain Grosjean on the GPDA’s board of directors. He joins Aston Martin’s Sebastian Vettel and Le Mans 24 Hours winner Alex Wurz, plus the group’s legal advisor Anastasia Fowle.

Since 1961, the GPDA has worked as a union for drivers in single-seaters’ top level to put forward their interests. Most of the group’s work has been in the field of safety, and is usually led by more experienced drivers such as Vettel.

“Firstly, I wanted to take on that role because I think what the GPDA has done over so many years has been great for the sport,” Russell said.

“Whenever we’ve had our briefings between all of the drivers, which in 2019 was was very common, probably once after every two grands prix we would stay after the drivers’ briefing and we’d all talk about certain issues or ways we believe we can improve the sport: safety, whatever it may be. Obviously it was slightly harder in 2020 with the logistical issues of Covid-19.

“But I was always quite vocal, I always quite enjoyed putting my opinion forward and I guess having a voice for the drivers is something I’m quite proud of, to be honest. Looking forward to that, and I think I’ve got a very good relationship with a lot of the younger drivers.

Much as Lewis Hamilton has worked on projects outside of the cockpit to build a legacy beyond his driving accomplishments, 23-year-old Russell wants his work with the GPDA to contribute to an “incredibly bright” future for F1 under Liberty Media.

“I think being at the forefront with Sebastian and Alex Wurz to push forward these views of the drivers towards F1, towards the FIA and if I can look back and say, I was a part of that, that would be something I’ll be proud of,” he added.

“F1 are definitely open and they really want us to be even more involved. So what the future can hold, I’m not too sure. I think potentially just further outside of F1, and more motorsport in general would be fantastic, really. But obviously I’m the new boy on the block in this role so I can’t give too many opinions at the moment. Just listen and learn, and find my feet as time progresses.”