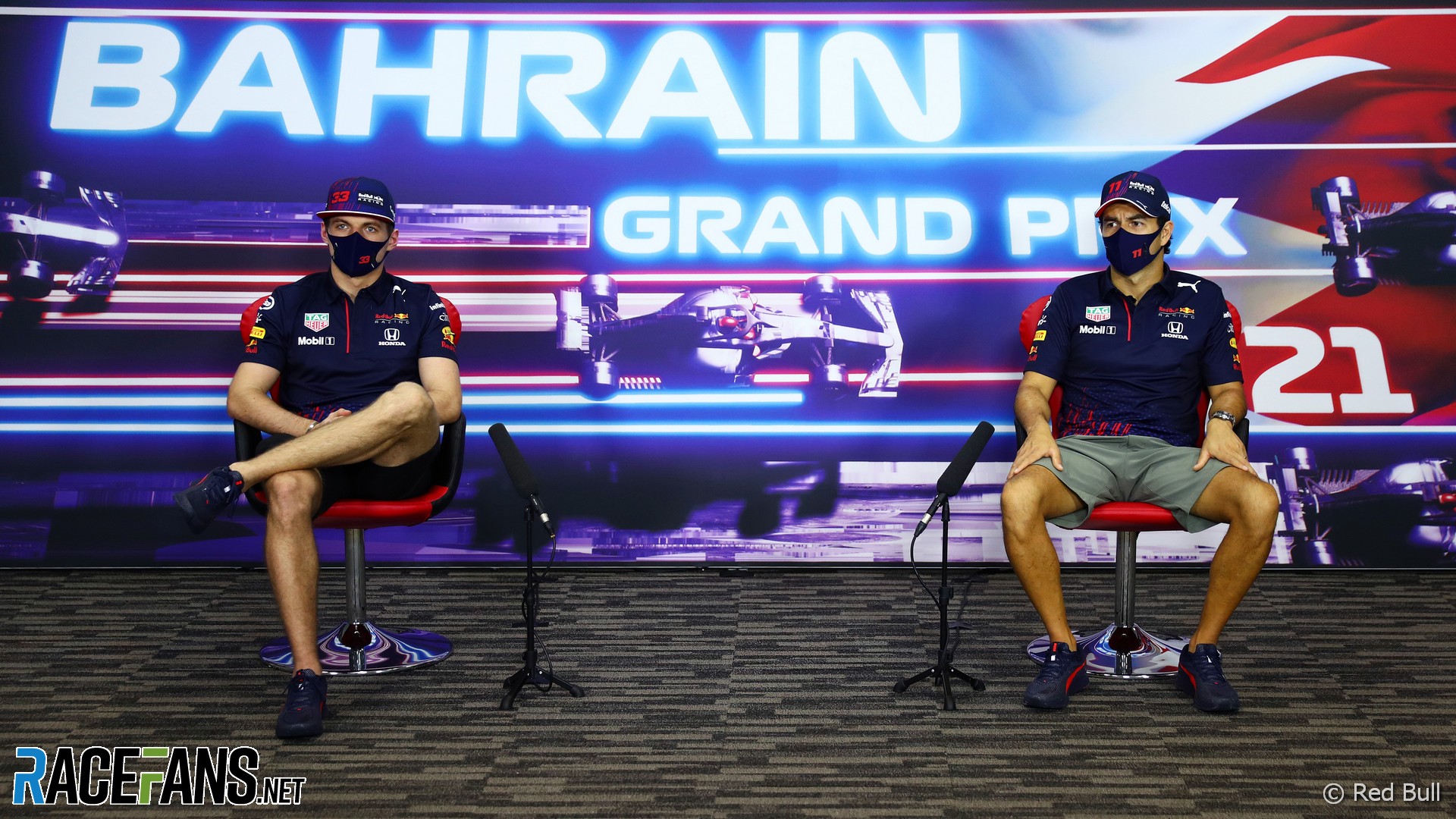 Max Verstappen feels the arrival of Sergio Perez at Red Bull Racing will help the team pressure Mercedes at every grand prix this season.

The Red Bull RB16 won two races in 2020 with Verstappen at the wheel, while Perez inflicted one of Mercedes two other defeats last year in his penultimate outing for Racing Point.

Asked whether he was happy with new team mate ‘Checo’ – his fourth in as many years – Verstappen said: “First of all, I think the team of course needs to be happy in the first place.

“I know Checo now for many years here in the paddock. And now that we are team mates, you get a bit more of an insight how Checo is working. And I think everything so far is running very smooth.

“The feedback, we both are heading into the same direction, I hope it’s the right direction. It’s all going very smooth and it’s nice also to get a bit more of an insight from his side, from his past experiences in other teams. That’s always very good.

“I just hope that as a team now we can really score a good amount of points and really put the pressure to Mercedes every single race weekend.”

Mercedes have downplayed their form ahead of this weekend’s season-opening Bahrain Grand Prix, having faced several setbacks in pre-season testing while Red Bull set the pace. Whether that makes Verstappen’s team the one to beat is of no concern to him.

“What matters is that you perform on track when it counts and where you can score the points. I think you just have to focus on your job and just stay calm, just stay focused, because it just distracts you [thinking about being favourite].”

The upgraded RB16B being used for 2021 has impressed Verstappen and Red Bull’s new signing Perez during pre-season testing. Following a shakedown at Silverstone, Perez got his first proper taste of the car in the test at Bahrain and he went eighth fastest with a personal best lap that was 1.227 seconds slower than Verstappen’s benchmark on Pirelli’s C4 tyre.

“I don’t think I’m driven enough the car, but certainly I would put it up there,” Perez said when asked the RB16B is the best F1 car he’s driven.

“I think it has really, really good potential. I mean it’s all relative to the others for how competitive. It seems to be that it is the most competitive car I’ve I’ve driven so far. But we’ll see in the coming days.”