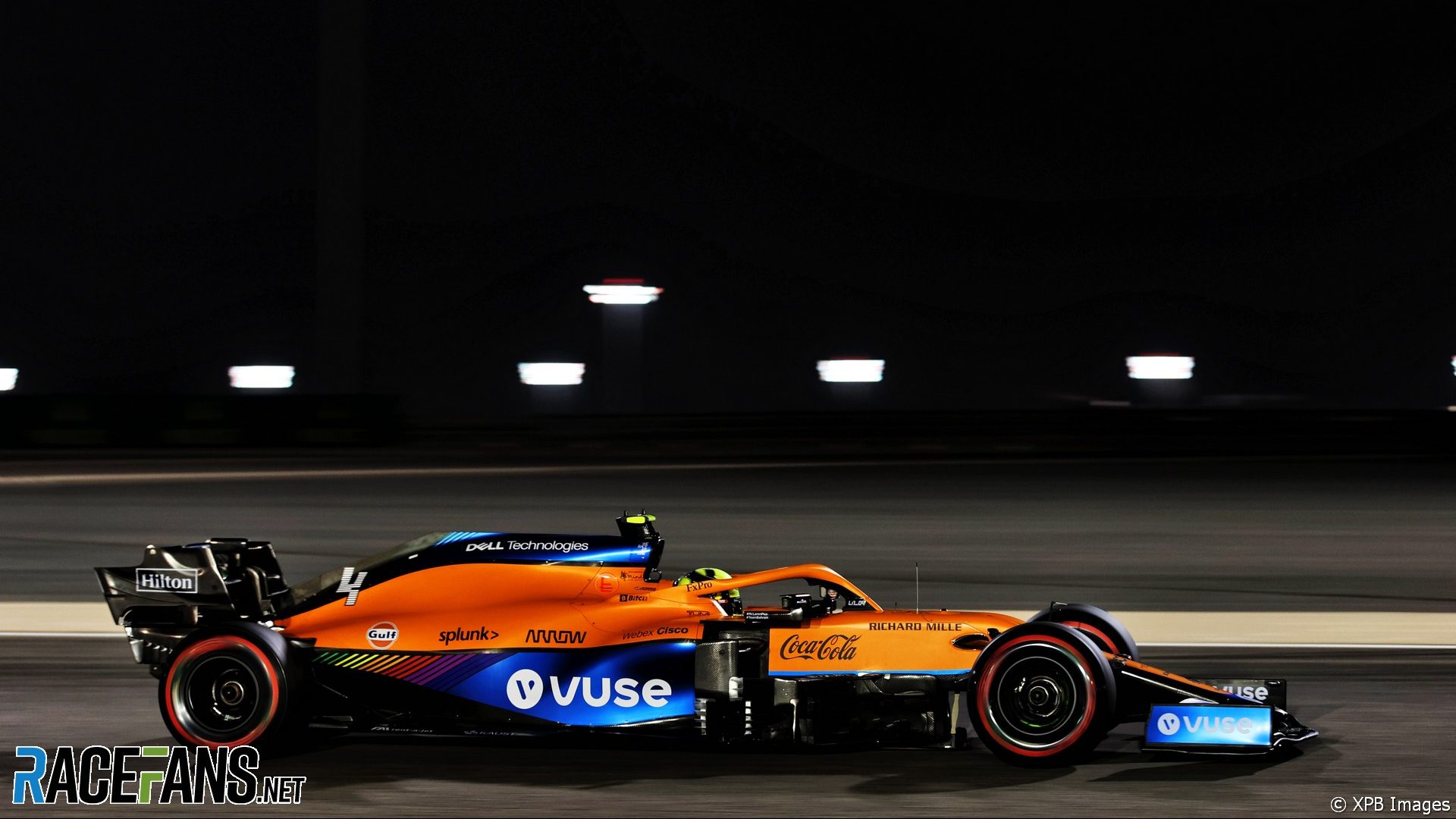 Lando Norris lacked confidence in the balance of his McLaren despite ending Friday practice less than a tenth of a second behind pace-setter Max Verstappen.

He suspects McLaren’s strong showing on Friday came about because other teams did not push their cars as hard as early in the weekend. Norris expects Red Bull and Mercedes will end up ahead of them in qualifying on Saturday.

“We look quick today, but I think it’s fairly obvious what’s going to happen tomorrow,” he said. “It’s going to be the usual front four cars ahead of us.

“Behind, everything’s very close. Even if today we are a little bit ahead, I think it’s because we just showed a bit more. We’ll go in tomorrow and be a little bit more where we should be.

“I feel good in the car, the car does feel good in some areas. In some areas also it doesn’t feel that good and we need to improve, and if we can improve it tomorrow, then I’ll be happier.”

Norris said he isn’t as comfortable yet with the MCL35M’s handling as he was with last year’s car.

“I don’t have the confidence that I want, especially in the medium and high speed corners,” he explained. “So corners like turn six, seven. I made a mistake there on my first lap and I had to abort because I turned in and just complete lost the rear.

“My confidence in the car isn’t where I want it to be, isn’t where we had it last year. But there’s also improvements in other places compared to last year. So it’s not necessarily that everything has to be better, there’s just areas to work on.”