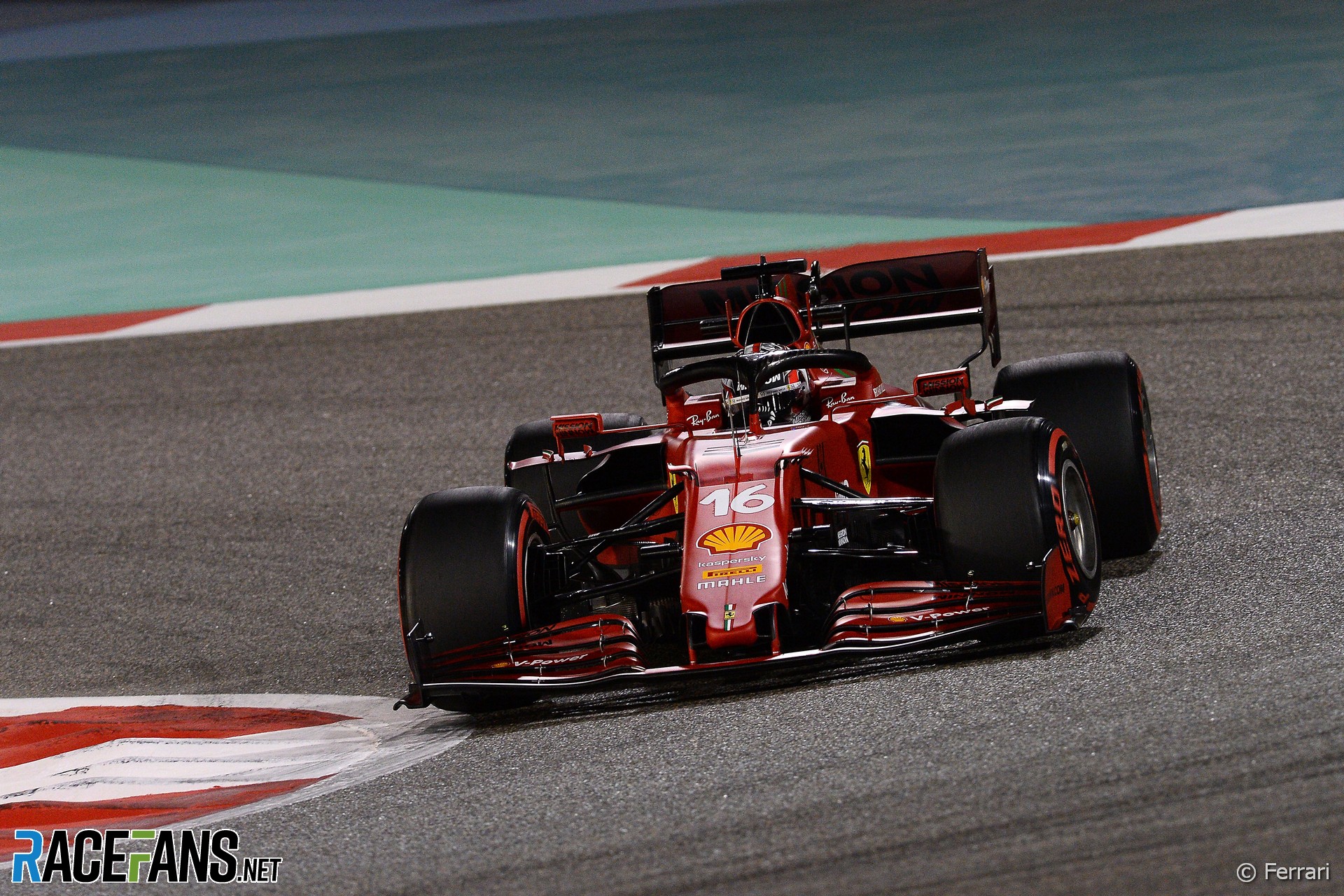 Charles Leclerc says Ferrari did not expect to have such a strong start to the Bahrain Grand Prix weekend after his new team mate set the fourth-quickest time in Friday practice.

Carlos Sainz Jnr ended Friday’s running within three-tenths of a second of pace-setter Max Verstappen in his Red Bull. The pair were separated by McLaren’s Lando Norris and Lewis Hamilton in his Mercedes.

“Today has been a positive day” said Leclerc, who 24 hours earlier predicted a “very difficult” season for Ferrari.

“We maybe didn’t expect to be as competitive even though it’s still very early days for now. But first practice was positive on my side, second practice a bit less. I’ve been struggling a little bit with the car here and there and then didn’t manage to finish the lap I wanted to.

“Overall there is a lot of work [to do]. I can feel there’s a lot of motivation into the team. And I can see also and we can feel the improvements that have been made since last year, which is good for now. And then tomorrow will be the day where we’ll know exactly where we are compared to to the others.”

“But this is exciting,” he continued, “this is what we like as drivers, to try and make the last difference on-track being us drivers. Even though I still believe that Mercedes and and Red Bull are still quite a lot in front, the midfield will be very tight.”

Speculation surrounds the progress Ferrari has made over the winter with its power unit, which was a significant weakness in last year’s car. Leclerc confirmed Ferrari are yet to run their new power unit at full power.

“We haven’t run flat out yet but I don’t think it’s the case for anybody in the paddock today,” he said. “So we don’t know how much they are sandbagging. We’ll be all clear tomorrow in qualifying.”

10 comments on “Fourth-quickest Ferrari “didn’t expect to be this competitive”, says Leclerc”