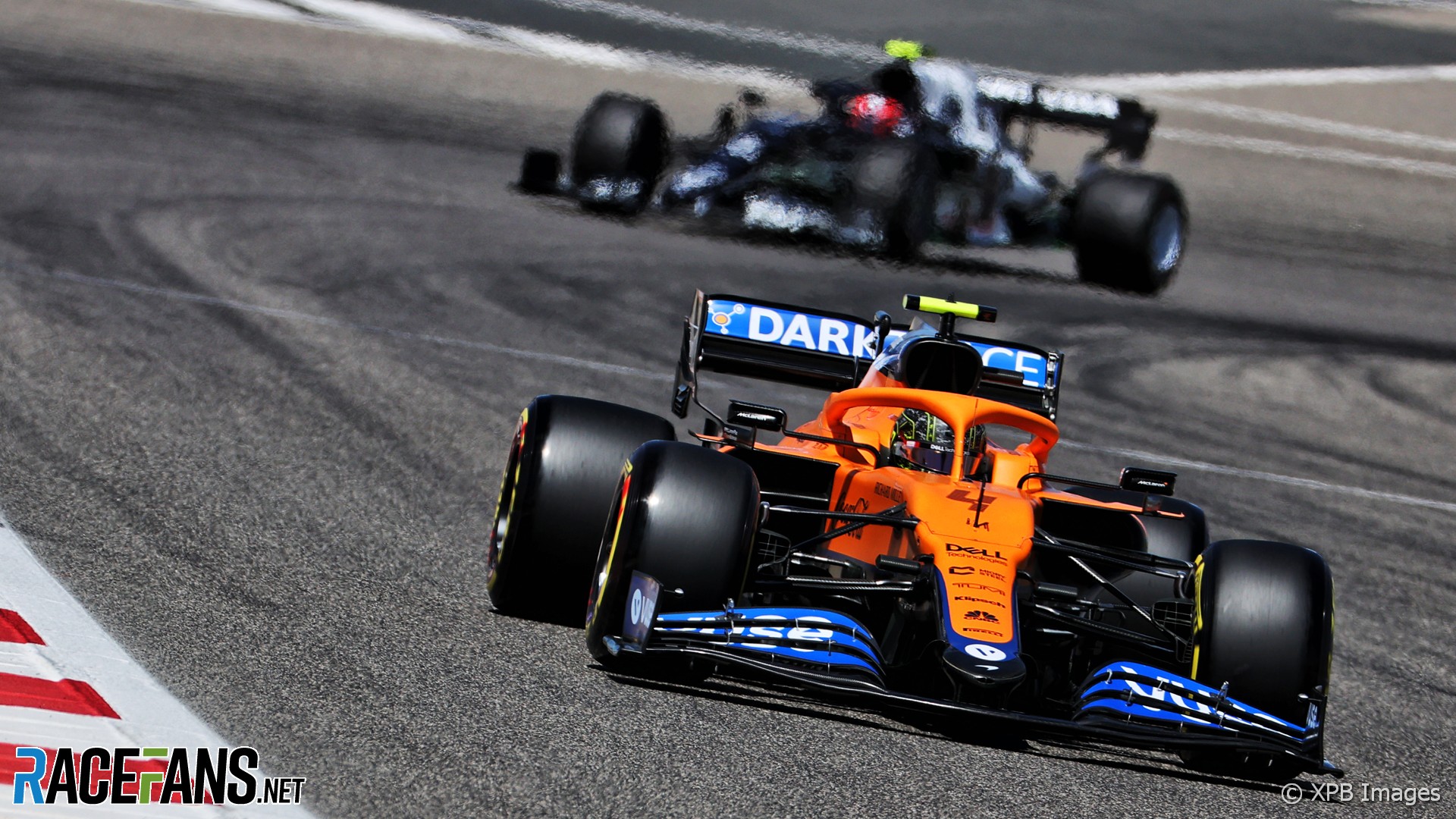 Lando Norris predicts the gap between the midfield teams and front-runners has closed up ahead of the 2021 F1 season.

Dominant champions Mercedes were beaten in just four out of 17 races last year. One of those defeats came at the hands of customer team Racing Point, now known as Aston Martin.

McLaren has switched to Mercedes power for the new season, and Norris hopes this will allow the team to challenge for podiums more often.

“I’m hoping this year it’s not going to be as much of a midfield, we’re not ‘midfield’, any more,” he said.

Norris started the 2020 season with his first podium finish in the Austrian Grand Prix. Later in the year he finished fourth in Italy, where his team mate Carlos Sainz Jnr claimed another podium finish with second.

“I think towards the end of last season we closed up the gap a little bit. It was still Mercedes winning and Red Bull close behind but there was races where they struggled a little bit more.

“Hopefully this year we can take opportunities more to be ahead of one or two of them at least, and be there when it counts, have more races like Austria or Monza, and there can be a surprise winner and hopefully in the end of the day that can be us.

“We’re hoping to be that little bit closer. But I don’t think it’s a front field and a midfield anymore, it’s just two teams which are very quick, we’re chasing, trying to catch up and then it’s basically everyone else. We’ll see on Sunday what the result is.”

McLaren finished third behind Mercedes and Red Bull in the championship standings last year, thanks partly to Racing Point having 15 points confiscated for copying Mercedes’ rear brake duct design. Norris expects the rebranded team to be a major rival again this year.

“The main people we thought would be third last year were Racing Point,” he said.

“They should have been third, in a way, but we did a better job throughout the year. But they had a much quicker car through the majority of the year. Some races we had a better car, but the majority they did. I think we just did very well as a team to then end up third.

“I feel like this year we’re coming in fighting them a bit more. They didn’t have as much of an advantage as what they did [in testing]. So I feel like we’re fighting for third a little bit more.

“But if there’s an opportunity to fight for second or first in races, then then we’ll fight for it, that’s for sure. I think we have a little bit or work to do to catch the front.”

9 comments on “Norris: F1 doesn’t have a ‘front field’ and a ‘midfield’ anymore”