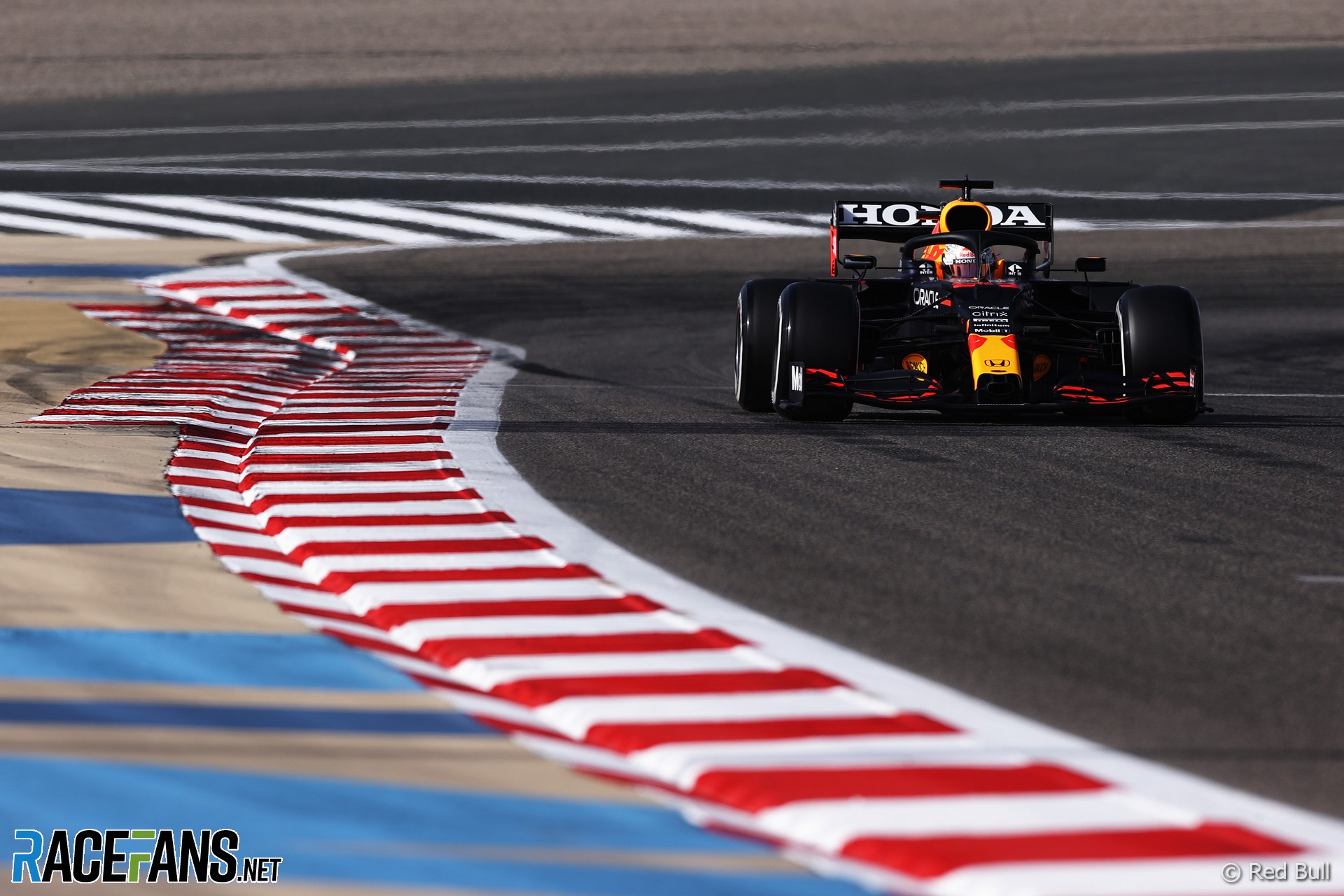 Red Bull’s Max Verstappen continued his perfect start to the Formula 1 season by completing a hat-trick of practice sessions at the Bahrain Grand Prix as the fastest driver.

With track temperatures almost hitting 50C in the afternoon sun, teams were reluctant to go on track early on. Mercedes’ Valtteri Bottas who was the first to attempt a flying lap.

He immediately skated through the turn one run-off area as he encountered stiff winds, and at turn four where he repeated his Friday error of repeatedly violating the track limits at the exit of the corner.

With Bottas’s lap time deleted Ferrari’s Carlos Sainz Jnr was fastest early on, on the hard compound tyre. Reigning champion Lewis Hamilton went out on the softs and he unsurprisingly beat Sainz’s benchmark when he went on a flyer, but Red Bull sent out their drivers on the hards too, and Max Verstappen went faster than Hamilton’s Mercedes by a few tenths of a second.

Verstappen’s new team mate Sergio Perez also set a competitive pace on the hard tyre, but was still being outshone by the driver on the other side of the garage and AlphaTauri driver Pierre Gasly, after he used soft tyres to go to the top.

Sainz set an eye-catching lap when he switched to the medium tyre. Alpine’s drivers did most of their running on the same compound as they focused on short runs.

Mercedes then raised the stakes by sending both cars out on softs for a qualifying simulation which resulted in their drivers being the first of the day to break into the 1’31s.

That looked like it was enough to fill the top two spots until with seven minutes to go when Verstappen finally switched to the softs too. He produced a superb lap, cutting a massive 0.739 seconds off Hamilton’s time, setting a 1’30.577s that was ominously also 1.331s faster than team mate Perez in fifth.

Gasly also got among the Mercedes on the soft tyre, setting a 1’31.583 to go third fastest between Hamilton and Bottas, and underline Honda’s off-season progress.

Sainz was sixth using his lap set on the mediums, while Alfa Romeo’s Kimi Raikkonen, Alpine’s Esteban Ocon, Aston Martin’s Lance Stroll and McLaren’s Daniel Ricciardo completed the top 10 all on softs. Charles Leclerc was 11th after going off at turn two in his Ferrari, without hitting anything.

Aston Martin had a difficult session with Sebastian Vettel off the pace and with pieces flying off his car, while the order was propped up by Williams’ Nicholas Latifi despite setting most of his laps on fresh rubber. He finished behind the two Haas drivers, Nikita Mazepin having spun off in the quick corners through the middle of the lap earlier in the session.