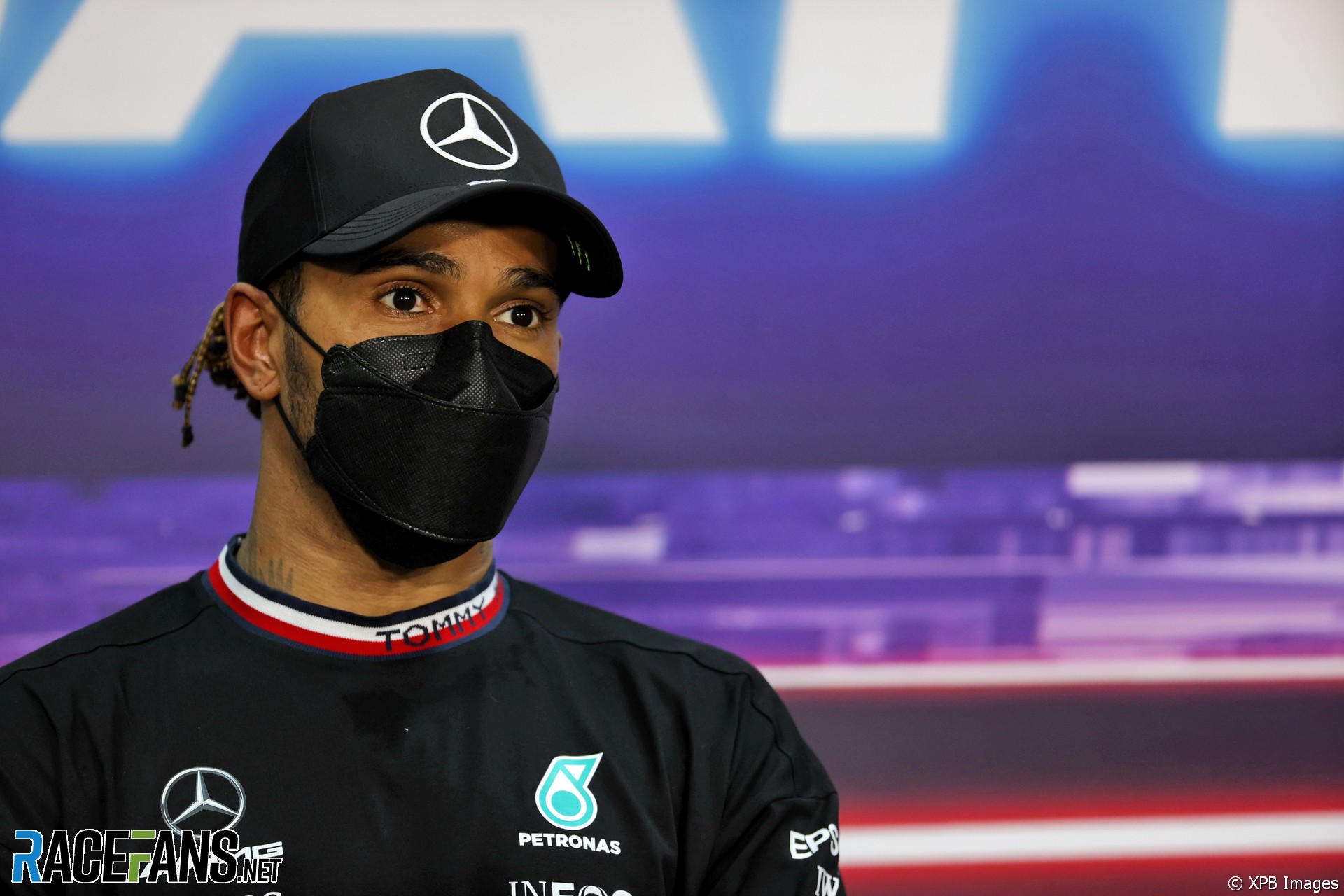 Lewis Hamilton says Formula 1’s new aerodynamic rules which have been introduced for the 2021 F1 season were intended to cut Mercedes’ advantage over their rivals.

Mercedes won 13 out of 17 races last year, but Hamilton and team mate Valtteri Bottas have looked ill at ease in the team’s new W12 chassis. Both have been unhappy with the car’s rear-end balance.

F1’s new rules for 2021 include several changes at the rear end of the car, including a reduction in the size of the floor. This appears to have affected Mercedes more than other teams, including rivals Red Bull. Hamilton believes this is intentional

“I mean, it’s no secret that the changes, of course they have been done to peg us back,” he said.

Hamilton compared the changes to the ban on qualifying engine modes which was introduced last year. “We had the changes, of course, last year to our engine to do the same thing.

“But that’s OK. We love a challenge and we don’t look down on these things. We just work hard to do the best we can, and that’s what we will do.”

Hamilton qualified second on the grid for the Bahrain Grand Prix, over three-tenths of a second slower than Max Verstappen’s Red Bull. He said the gap is “definitely closer than we expected.”

“I think this is a really good step forward for us coming this weekend,” Hamilton continued. “I think we thought it was double the gap that you see today and so that’s really down to some really fantastic work from the men and women back at the factory.”

Red Bull will retain a similar advantage in tomorrow’s race, Hamilton believes. “That’s just from the information that I’ve been given and from what I can see.

“Our balance wasn’t really that spectacular, but it wasn’t the worst, driving. It was just if you work things out, it looked like it was a couple of tenths difference between us. But we’ll see. It definitely didn’t look terrible and it was a lot better than what I thought was going to be in testing.”

He was unwilling to elaborate further on the nature of Mercedes’ problems with their car. “I can’t really tell you what we’re struggling,” he said. “I don’t want to tell you what our problem is.”

48 comments on “Hamilton: F1’s new aero rules were intended to ‘peg us back’”