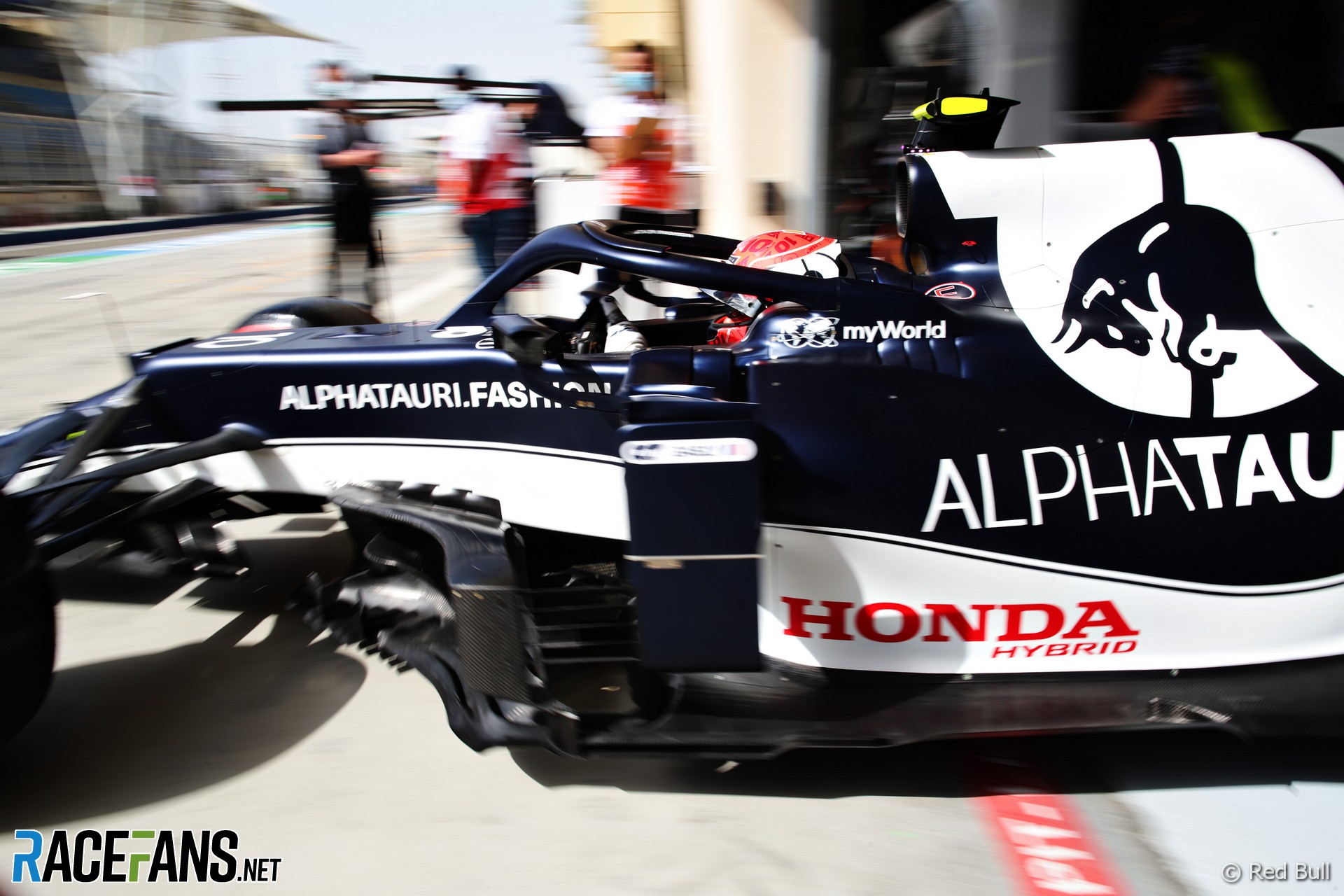 Tost said the team’s new engine, which is also used by Red Bull, is a significant improvement over its predecessor.

“I must say Honda did fantastic job in Sakura, because this new power unit is much more powerful and drive-able [than] it was in the past,” said Tost.

Red Bull’s Max Verstappen was quickest in all three practice sessions for the Bahrain Grand Prix. Pierre Gasly was third-quickest for AlphaTauri in the final practice session.

“We’ll see in qualifying and also in the race, I think, that Honda is really very, very close to Mercedes,” said Tost on Friday. “I can only say thank you to the Japanese engineers because they did a fantastic job.”

However Tost said AlphaTauri will have to get the best out of their car in order to qualify inside the top 10.

“Our performance is as expected,” he said. “If everything runs well with both cars [we can be] in Q3.

“But the midfield is very tight and it’s hundredths of a second. You can be eighth, but you can also be 15th. And I personally hope that we can get it together and that both cars will be done in Q3 and we score points on Sunday.”

The new power unit is not the only improvement AlphaTauri has made over the off-season, said Tost.

“We improved in every aspect, but you must not forget our competitors as well. If you look at the McLaren, they have the Mercedes power unit, they are very strong. For me, currently Red Bull and Mercedes are on the same level, maybe Red Bull is even faster.

“Then I see McLaren coming, and we see then what’s going on with Ferrari. But we are close to Ferrari and to the rest.”

AlphaTauri had a minor setback overnight as the team had to break curfew in order to work on Yuki Tsunoda’s car. They have used one of their two permitted exceptions to the curfew for the 23-race season.