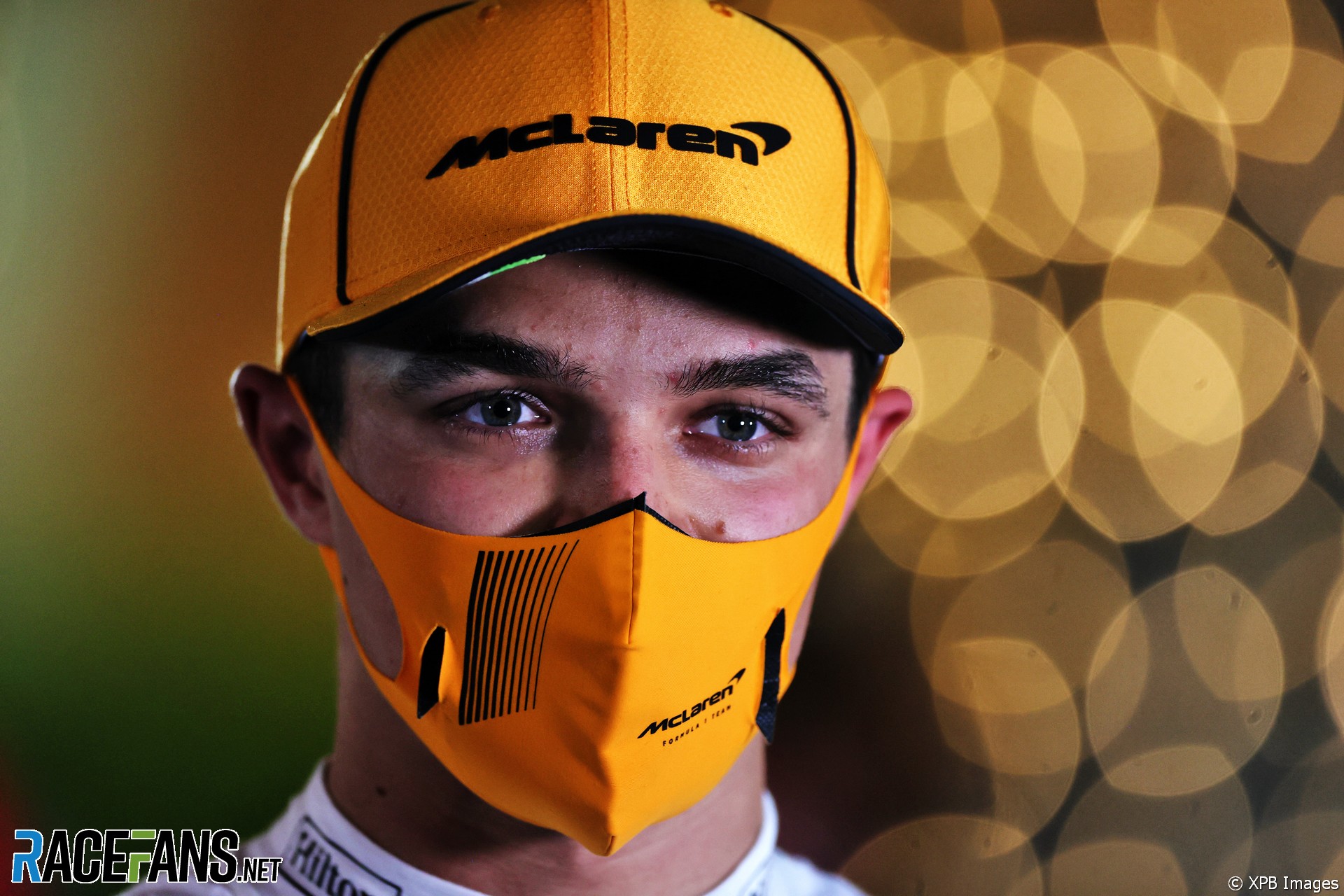 Lando Norris says McLaren’s performance in qualifying was as expected, despite slipping from second in practice yesterday to seventh on the grid.

Yesterday Norris indicated he expected the Red Bull and Mercedes drivers to end up ahead of McLaren. After taking seventh on the grid behind team mate Daniel Ricciardo he said: “I think we’re where we expect to be.

“We’re quite happy. Of course we would have been a bit happier to be ahead of both the Ferraris and both AlphaTauris. But I think throughout all of qualifying it was sure that the AlphaTauris were quite a bit quicker than us, or just quicker than us, from the very first run we did in qualifying. So I think we’re happy to split them at least, and probably to split the Ferraris, too.”

Norris said his second place in final practice yesterday exaggerated expectations of what McLaren might do in qualifying.

“Everyone was thinking we were going to be heroes for some reason after yesterday, but we were never going to be. We kind of focussed on ourselves, we didn’t see the results as anything special, so we can be happy with the result today.”

“The [practice] result was alright,” he added. “Everyone thought everything’s amazing. But even when the result’s okay, it doesn’t mean everything is amazing.

“The car was pretty difficult to drive and tricky so as a driver I’m not going to be happy with it, and we spent a lot of time last night trying to make improvements.”

Just four-hundredths of a second separated the McLarens at the end of qualifying. Norris said he was “pretty happy” with the result.

“Of course one position higher would have been nice, but it was Daniel and I was split between two hundredths or something. It’s a little bit here and there.

“We didn’t have the smoothest of runs with some of the deployment and things like that, so not a perfect run for us, but it wasn’t bad and I’m not going to complain or have any excuses. I think I’m where I deserve to be and we are as a team. So we’ve got a fight on our hands tomorrow and we’ll try and go forwards.

4 comments on “Norris: ‘Everyone thought we were heroes after yesterday but we never going to be’”