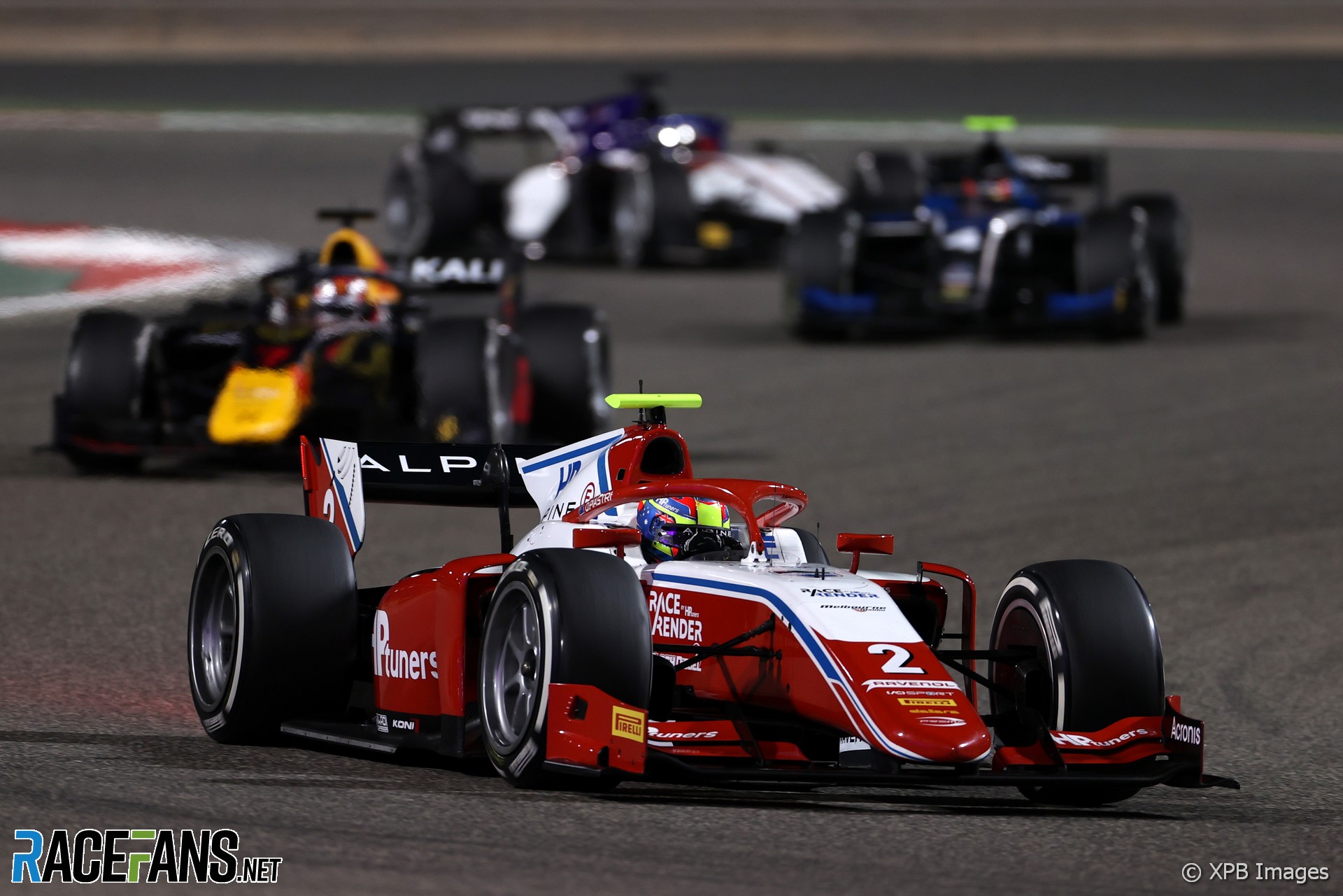 However Ticktum was taken out of contention at the first corner of the race after being hit by Prema’s Robert Shwartzman. That led to the first laps being run behind the Safety Car as their damaged cars came to a stop.

Zendeli was next to leave the lead battle, being jumped at the restart by Virtuosi’s Guanyu Zhou, who originally lined up fourth. Zendeli lost several more places before being struck by ART’s Christian Lundgaard and suffering a puncture.

The first corner drama enabled several drivers who started towards the back to fly up the order. Hitech’s race one winner Liam Lawson came from 10th to third and Zhou’s team mate Felipe Drugovich rose from 16th to fourth after the Safety Car period. After clearing Zendeli, it didn’t take long for Zhou to pass Vips for the lead too.

Marcus Armstrong was another riser, having started 19th. But the DAMS driver’s progress up the order was slower and it took until halfway through the race for him to climb up to fifth and close on the front group.

That fifth place became third soon afterwards, as Drugovich spun Lawson at turn four, after Lundgaard nipped past both, and then Vips and Lundgaard opted to pit during the resulting Safety Car period.

That briefly promoted ART rookie Theo Pourchaire to fourth before he too pitted and dropped to 12th. As a result, Vips was now fifth – with a tyre life advantage – behind Trident’s Bent Viscaal.

There was action on the restart, with a three-wide move between Drugovich, Armstrong and Viscaal into turn four resulting in Armstrong rising to second. The exchange allowed Zhou to draw two seconds ahead after one sector. Vips avoided the battle but passed Viscaal and Drugovich later in the lap, and then took Armstrong into turn one the next time by.

Vips quickly closed in on Zhou with his tyre advantage, but just as he was eyeing up a move his car began to lose drive out of corners and he dropped down the order. That promoted Piastri, the reigning Formula 3 champion, to second and Lundgaard to third.

After a brief Virtual Safety Car period the top three had three laps to fight, and the winning move came at turn one on the final tour. Piastri passed Zhou on the inside, but Lundgaard then dived down the inside of both. That compromised his exit, allowing Piastri back by to win a thrilling encounter.

Zhou and Carlin’s Jehan Daruvala rounded out the podium, as Lundgaard was penalised 10 seconds for his earlier clash and he finished ninth as a result, just ahead of Armstrong.

MP’s Richard Verschoor came from the back to finish fourth, and Pourchaire converted his one-stop strategy into fifth, but Vips’ car also failed him and he dropped to 16th on the last lap.