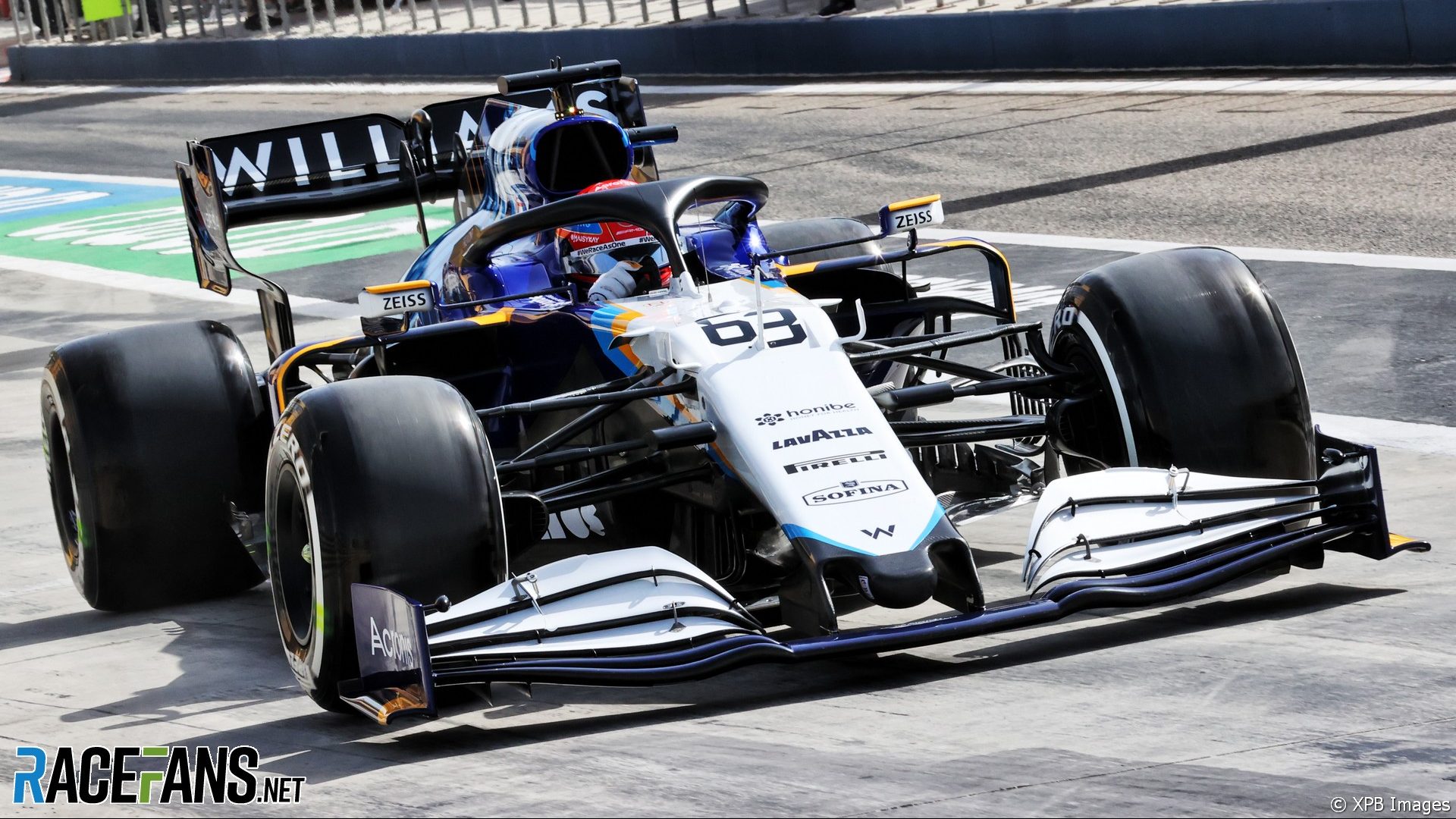 George Russell said Williams’ long-run pace has been “better than expected” after the two Friday practice sessions at the Bahrain Grand Prix, particularly given the windy conditions.

The team failed to score a point in 2020, and as this year’s car is a ‘B-spec’ development of the FW43, they were not expected to jump up the competitive order.

However Russell was comfortably ahead of Haas’s two rookies and his own team mate Nicholas Latifi on one-lap pace. The Williams pair did the longest stints of anyone on the medium tyre during Friday’s evening session, when conditions were closer to what is expected on race day.

“It was obviously tricky conditions,” Russell said. “Second practice felt pretty good. High fuel pace was better than expected, even with these gusty winds. So I was pleasantly surprised about that.

“But equally, the wind is changing so much at the moment, obviously it affects everybody a huge amount. But I do believe our car is a little bit more sensitive to these changes.

“So fingers crossed is it either calm or in a favourable direction tomorrow and Sunday. I think it’ll be a long and tricky race. But nevertheless, I’m looking forward to it.”

His team mate Latifi found it difficult to read what the FW43B was doing while he was at the wheel, saying it felt like a “completely different car” in the windy conditions and there was “just no normal feeling” for him to build on.

But Russell, who has previously said he expects their car to be very sensitive to the wind, is encouraged by its performance in the gusty conditions encountered in Bahrain.

“As I’ve said before, I think it’s going to be a little bit of a yo-yo this season,” he explained. “But I think it’s sort of promising signs if we believe these are the trickiest conditions for our car. I think it can only get better when this is maybe the worst-case scenario. And our rivals in Haas look to be a bit behind us, which is positive.

“Alfa Romeo look very, very fast, really impressive. Kimi [Raikkonen], obviously he made a mistake today but he’s still incredibly quick which is impressive. So we’ve got our work cut out. And as always, I’ll just be driving as fast as possible.”