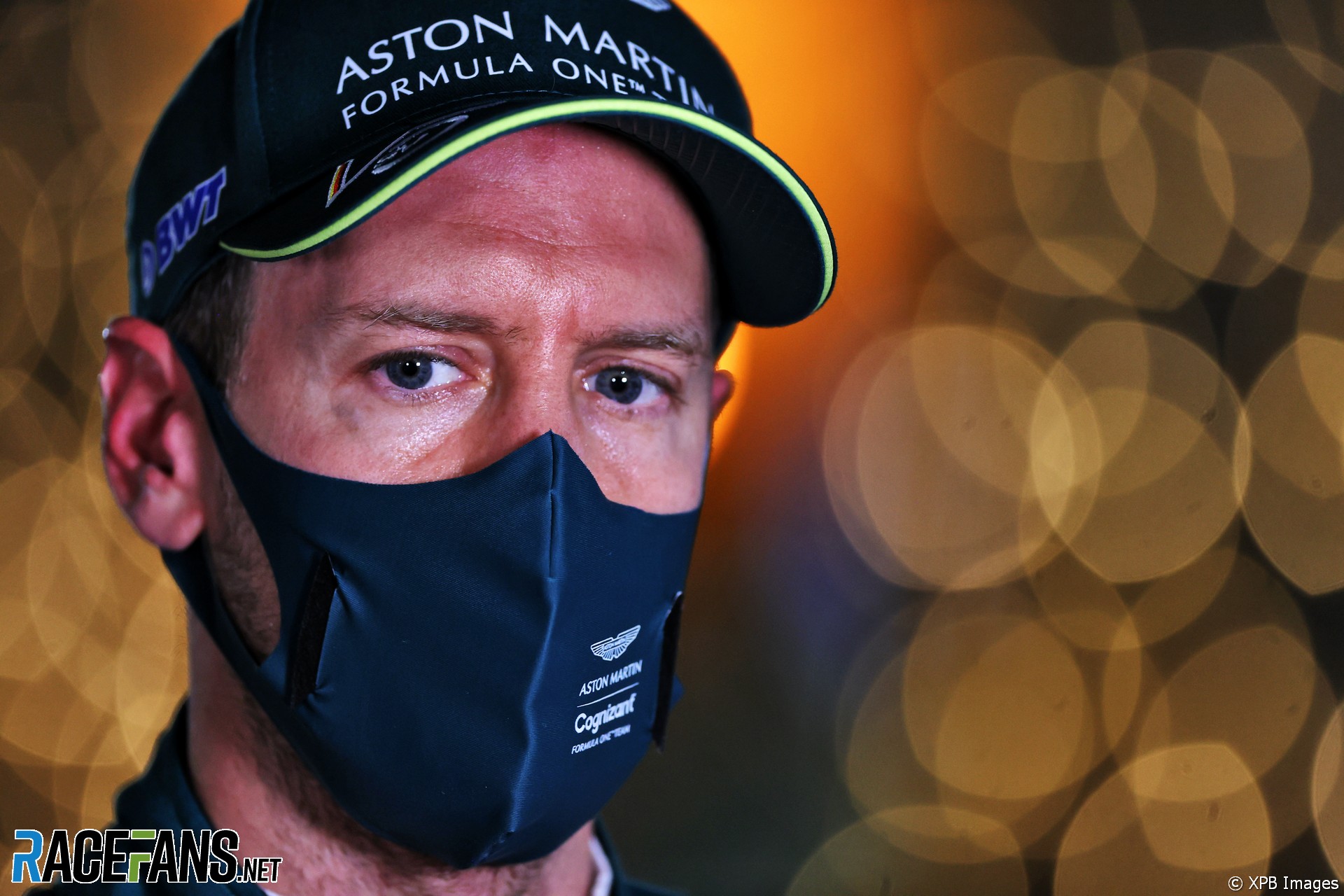 Sebastian Vettel faces the threat of a penalty ahead of this weekend’s Bahrain Grand Prix after being summoned to meet the stewards.

The Aston Martin driver is under investigation for allegedly failing to respect double yellow flags at turn one during Q1.

Vettel and three other drivers were previously cleared after the stewards investigated their reaction to single waved yellow flags at turn eight. These were shown after Carlos Sainz Jnr’s Ferrari slowed in the area due to an engine problem. The stewards noted all four “set a slower time in the sector, drove appropriately by the video, and telemetry showed they took appropriate actions.”

Vettel is now under investigation for his reaction to double waved yellow flags which were shown after Nikita Mazepin spun at turn one.

The race directors notes state: “Any driver passing through a double waved yellow marshalling sector must reduce speed significantly and be prepared to change direction or stop.

“In order for the stewards to be satisfied that any such driver has complied with these requirements it must be clear that he has not attempted to set a meaningful lap time. For practical purposes this means the driver should abandon the lap.”

Vettel has been summoned to meet the stewards at 1:30pm local time on Sunday, six-and-a-half hours before the race is due to start.