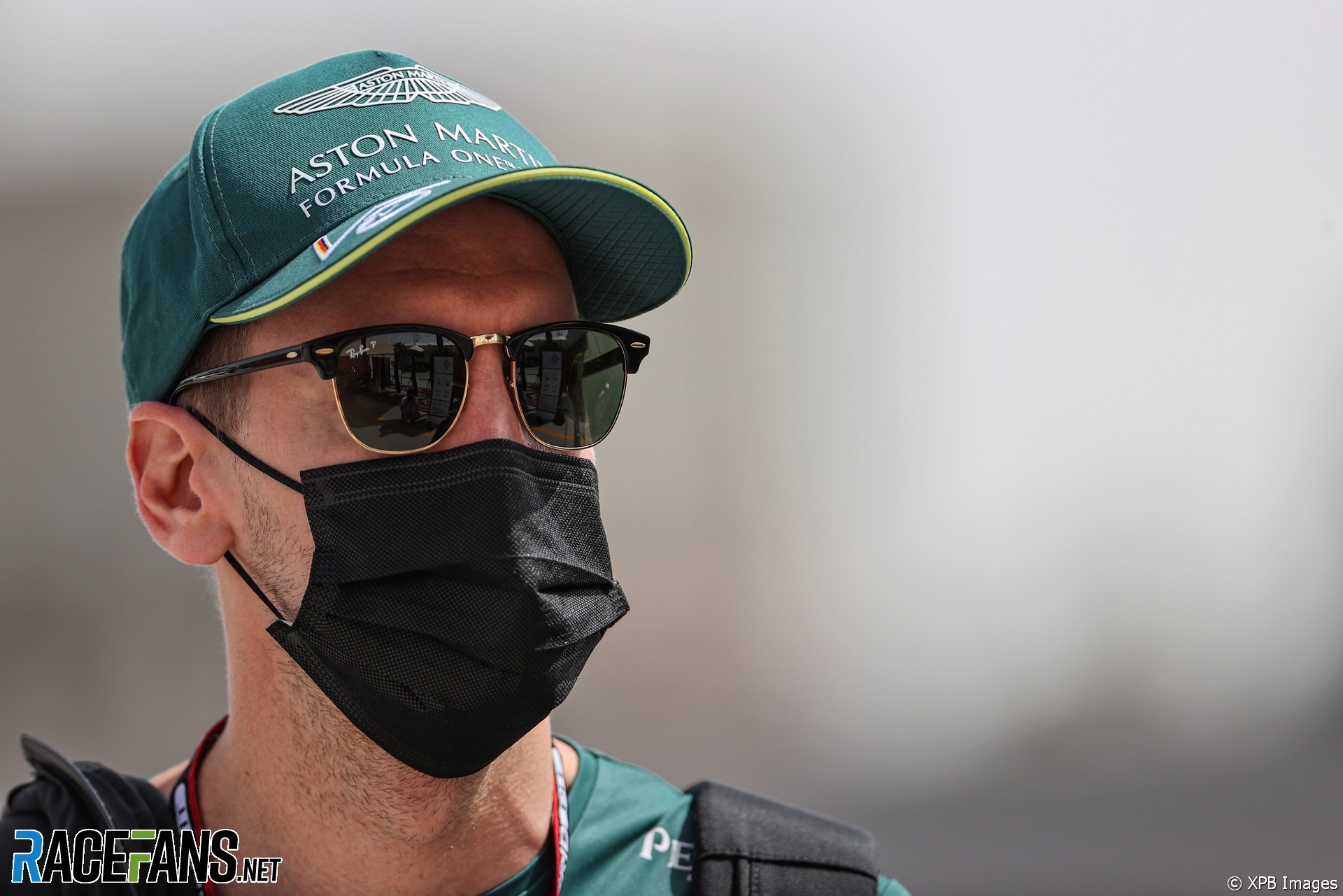 Gerhard Berger: "Sebastian is a four times world champion so he's one of the outstanding drivers, no question. But he never reacted very well on pressure. I remember when Daniel (Ricciardo) came to Red Bull at the time, Daniel was very strong and he put pressure onto Sebastian and for Sebastian it was difficult to cope with it. And in Ferrari the same thing and now I just feel when you watch him, you feel he's not free, he's not relaxed enough. He is maybe like to prove things but at this moment, maybe it's not possible because the car is not good enough or his own form is not good enough."

"The Bahrain GP was watched by an average of 1.98 million viewers, peaking at 2.23 million, as viewers tuned in to watch Lewis Hamilton and Max Verstappen fight for the top of the podium in an enthralling duel."

"There was a time when the driver finishing higher in the championship the previous year got the stall nearest the pit entry. That led to a quite strange situation of Lewis and Jenson swapping sides on a regular basis depending on whether they were turning right or left to go to the pit exit."

An F1 powered road car? Mercedes has cracked it... except for one problem (Motorsport magazine)

"The issue, as I understand it, is doing all the above with an engine that complies with the emissions regulations of every territory in which it is being sold – particularly while sat idle. Think of it that way and the work of Lewis’s motor on a Sunday afternoon seems easy indeed."

"we saw two amazing races, sprint race two and the feature race. To be honest, there was less show in the first sprint race, but having talked to some drivers, they all said that the high temperatures made it difficult for them."

"The second of our special shows in partnership with The Brain Tumour Charity. Our first show in this series focussed on Harry's story of sadly losing him mum in 2018 to the underfunded disease. This week we speak with Williams F1 Team planning director, Richard Williams who lost his sister Ellie in 2020. This show is dedicated to her memory."

“Despite the performance loss Daniel used his experience to cope with the issues and score important points for the team,” said Seidl. “We now look forward to the next race.”

F1 and the FIA has confirmed 12 positive cases of Covid-19 were identified during the Bahrain Grand Prix weekend out of a total of 8,150 tests conducted.

Among the cases are believed to be two members of the Aston Martin team who were isolated after testing positive on Thursday.

Formula E will use two different Safety Cars this season: This Mini Electric Pacesetter will be used at some races instead of the usual BMW i Roadster. It weighs 1,230kg – 130kg less than the standard Mini Cooper SE. It and produces 135kW, covering 0-100kph in 6.7 seconds, 0.6s quicker than the standard model.

Proud of this team and everyone at @McLarenF1 ✊ pic.twitter.com/0kaF35GRZX

Following Ferrari’s step forward, who will emerge on top in F1’s midfield?

It’s definitely a step forward and it seems the power unit is now more powerful than the Renault, but still not on the same level as Honda and Mercedes.

Ferrari seems to have halved the gap to Mercedes in terms of power output, but still some 20-25bhp down. Their car is also less draggy, but not enough in my opinion, considering Norris passed Leclerc easily into turn one and Sainz was having difficulties to pass Stroll until the tyres wore off on the Aston Martin.

Leclerc’s race pace wasn’t that great to be honest, especially his final stint on the hards was far from impressive, as he lost 10 seconds to Norris in the final 20 laps alone. Sainz, on the other hand, had pretty decent pace once he was in clear air. He was constantly 0.5-0.7s per lap quicker than his teammate in the final stint, until he got stuck in Daniel Ricciardo’s dirty air. That means there’s even more pace in the car than Leclerc was able to show.

The next couple of races will be very interesting to watch. Who will come out on top of the midfield? McLaren, Ferrari or AlphaTauri?

I’d expect Ferrari to be stronger in the next rounds (especially Portimao), but time will tell.
Srdjan Mandic (@Srga91)

A selection of RaceFans’s top in-depth reads from last month which you might have missed: