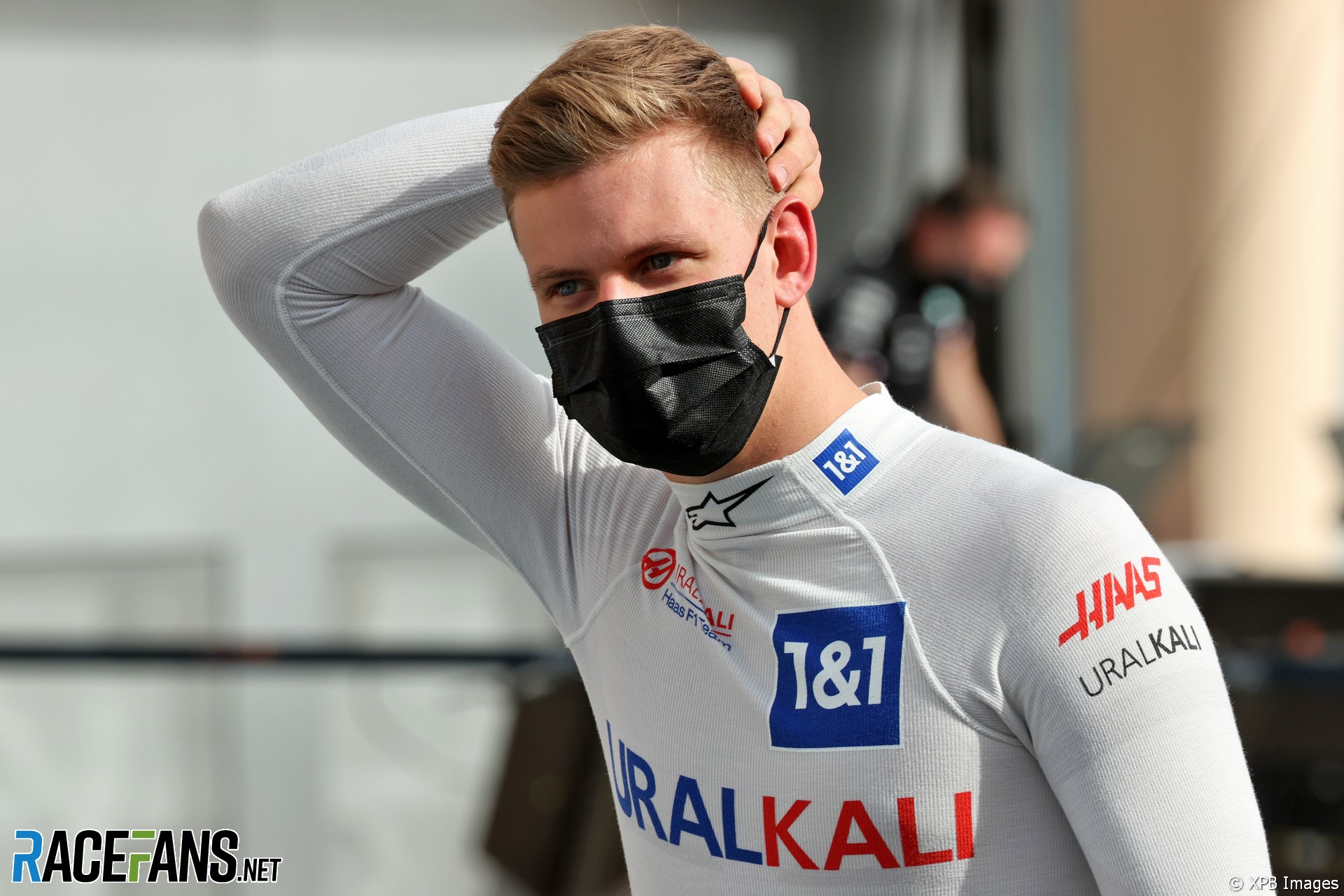 Haas selected Mick Schumacher as one of its new drivers this year on the strength of his performance in Formula 2, not in order to secure the backing of a sponsor, team principal Guenther Steiner has stated.

Steiner admitted last year the team was in a difficult financial situation following the disruption caused by the pandemic. Its new drivers for the 2021 F1 season have links to sources of income the team has obtained for the new season. Nikita Mazepin’ father runs Uralkali, the team’s new title sponsor.

Negotiations between Haas and another new sponsor, German internet services firm 1&1, were shown in the recent Netflix Drive to Survive documentary. The company was depicted as being keen to position their brand alongside a German driver.

However Steiner said Schumacher was chosen for his ability, rather than the income he attracted. “The 1&1 sponsorship is a Haas team sponsorship, it’s not a Mick sponsorship, just to clarify that,” he said.

“There is no direct connection between 1&1 and Mick. Obviously 1&1 embraces Mick being at Haas, but this was a parallel development, not a combined development.”

Schumacher won the F2 championship last year and is a member of the Ferrari Driver Academy which eased his path into one of the Scuderia’s customer teams, Steiner explained.

“For sure it helped us with 1&1 and 1&1 is very happy about having Mick at Haas. But that, it was more like a decision from Ferrari where to send the drivers and we asked if we can have him because he won Formula 2. But it is not a direct negotiation going on between the company and Mick.”

38 comments on “Schumacher’s place at Haas down to Ferrari, not sponsor – Steiner”