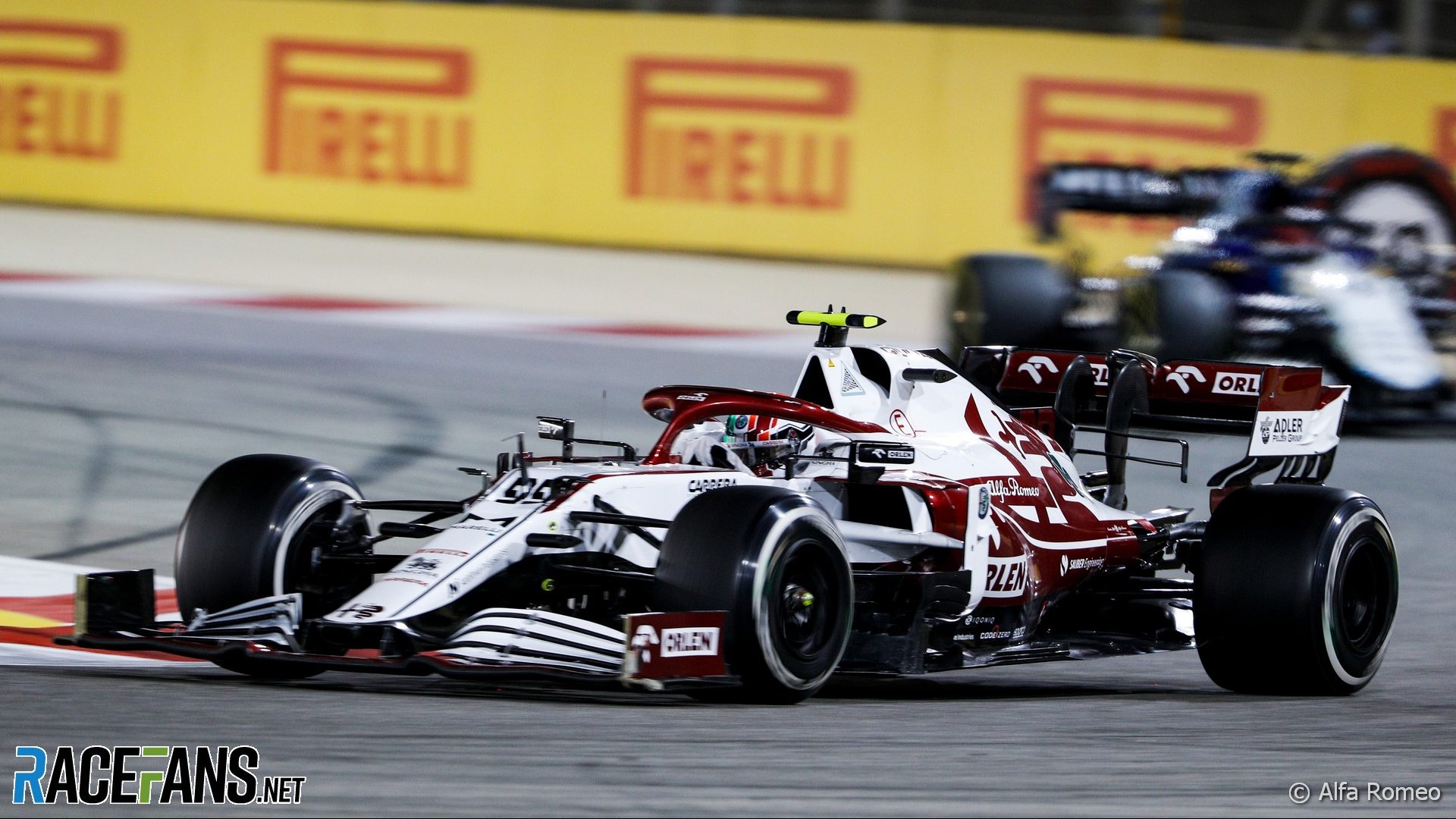 In the round-up: George Russell says Alfa Romeo have made a “massive leap forward” with their new car for the 2021 F1 season.

Russell said his appearance in Q2 last weekend was unexpected given the windy conditions, which his Williams is especially susceptible to. “We know our car is tricky in these conditions,” he said in response to a question from RaceFans, “and I think the Alfa Romeo excels, or probably just struggles much less compared to others, as do Red Bull, so it seems.”

In terms of one-lap performance in Bahrain, Russell said Williams “look slightly stronger than Haas at this moment,” but “Alfa Romeo at this circuit have made a massive leap forward.”

“I think it’s too early in the season to take to a true read because we’re in such a strange and tricky conditions,” he added. “It’s too early to say the true pecking order.”

Formula 3 will begin two days of pre-season testing at Red Bull Ring today, ahead of the start of the championship at the Spanish Grand Prix next month.

The following 30 drivers will participate. They include Juan Manuel Correa, who is making his return to competition following the serious injuries he sustained in 2019, and Matteo Nannini, who is conducting joint F2 and F3 campaigns this year.

Flicking through some of my old photos, found this from the 1985 Silverstone 'tyre test': Prost's McLaren, sporting a remarkably bulbous windscreen. As far as I know, it never appeared again. pic.twitter.com/fS0fdGgFxt

"With the new rules in F1, it should mean that we consider some people of the F1 department. But in any case, our decision is not the consequence of the new rules of F1."

"There’s no need to try and qualify in eighth or ninth or play tactics like that: Zhou qualified at the front, won the Feature Race and left in (first place)."

Ferrari has changed its Covid-19 mask supplier after the authorities in Italy raised concerns over the performance of a product they previously used.

Rosberg: 'To do good you need to get out there, you can’t sit in a cave' (The Guardian)

"'To do good in the world you need to get out there, you can’t just sit in a cave,' he says. 'The problem is the longer we wait, the more difficult it will be to stop the process so it’s more important that we act now,' he says before concluding with eyes that brook little dissent. 'This is the decisive decade.'"

F1’s approach to the boundaries of play wouldn’t pass muster in other sports, says @Eriktorsner:

I honestly don’t get why they even bother painting those white line and name them “track limits” when the actual purpose seem more or less ornamental. Just call them something else. Tracks like Monaco proves that F1 drivers are perfectly capable of keeping the car within certain boundaries as long as they are enough motivated.

Imagine these discussions in football:

Yes the ball was clearly over the side line but the stewards have reviewed the situation and conclude that the attacking team didn’t gain a lasting advantage. But we told them really harshly that they shouldn’t do it again.

Yeah, so for this game we really only going to enforce the rules if the ball goes over the end lines. Teams can just ignore all the the other while lines we painted on there. It’s the same for both teams so… meh.

Yes! It was a physical foul inside the penalty area but for this match, we decided to be a bit lax on that rule in the first half and see what happens. The players was told before the game so it’s beyond us that anyone in the audience would see this as confusing.
@Eriktorsner