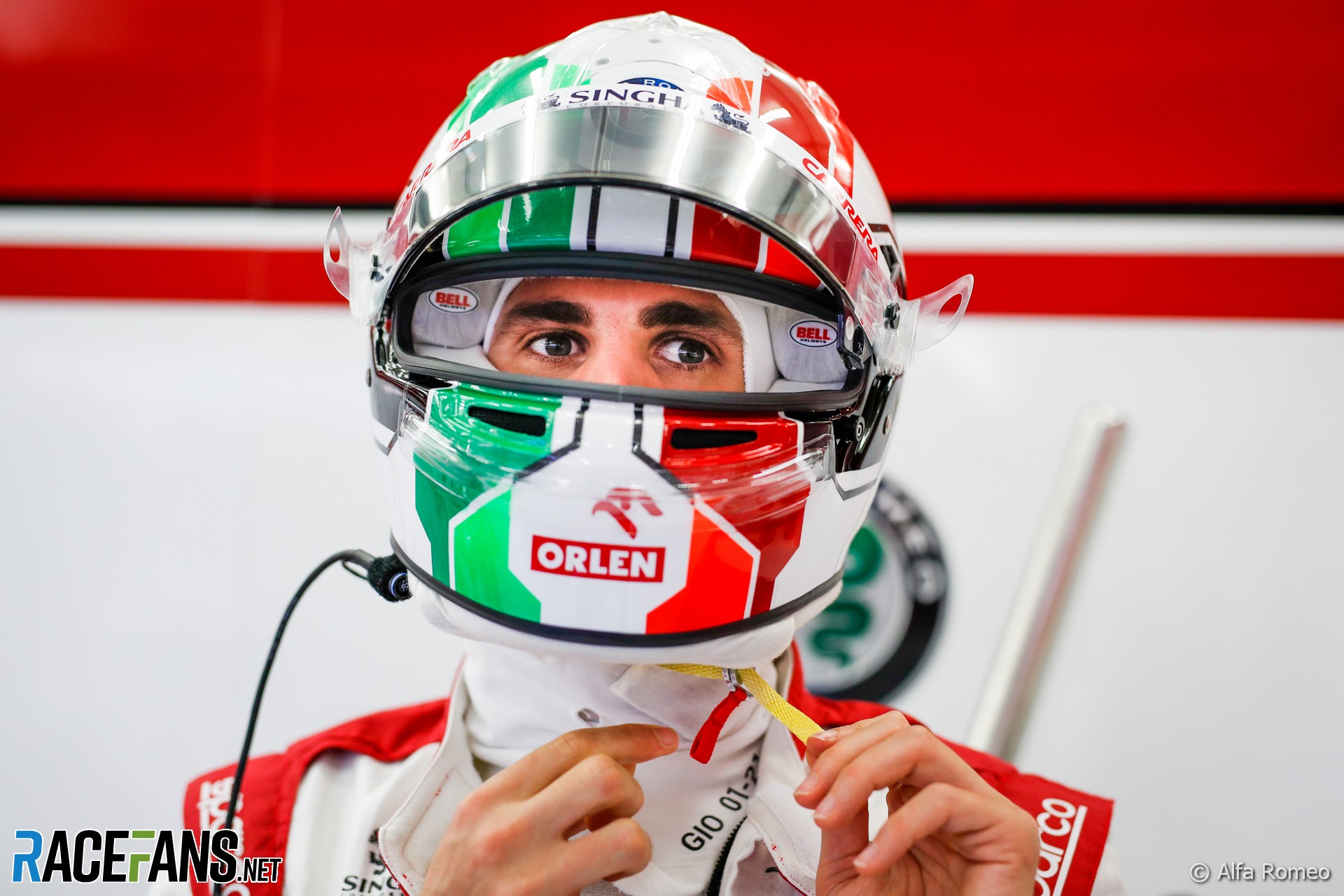 In the round-up: Antonio Giovinazzi predicts a more competitive season for Alfa Romeo in 2021 after their improved showing in the season-opening grand prix.

While Alfa Romeo failed to score in Bahrain, Giovinazzi is optimistic they will be more competitive this year0

“I think what we saw in the test we confirmed also here in race one,” he said. “We are much closer to Q3.”

Giovinazzi was 12th in Q2, less than a tenth of a second away from beating Lance Stroll into Q3. He finished in the same position on Sunday, one place behind team mate Kimi Raikkonen.

“We are confident we have a better car and better power unit as well and we can have fun this year to try to score more points compared to last year,” Giovinazzi added.

ART’s Alexandr Smolyar was quickest in the first day of Formula 3 testing yesterday, lapping the Red Bull Ring in a best time of 1’18.894. Red Bull junior Jonny Edgar was second for Carlin ahead of another ART driver, Frederik Vesti, and another Red Bull junior, Jak Crawford, for Hitech.

Juan Manuel Correa placed 14th for ART as he continued preparations for his return to racing this year.

Magnussen reveals he had the opportunity to join Toro Rosso - now AlphaTauri - for the 2019 season.

Rosberg says sport must have a purpose (BBC)

"I’ve tried to wipe last year from my memory as best I can."

How a broken wrist played a part in Van der Helm’s decision to step up, as he bids for ‘a new beginning’ in F3 (F3)

"I was pretty much driving with one hand. I did try and drive the week after doing it but couldn’t, so I had some work done on my hands, some lasering, and that meant that I could drive, thankfully. However, because of that, we were only able to do one day of the F3 tests."

When Moss joined Fangio in the Mercedes dream team (The Guardian)

"Their first race as team mates was in front of Fangio’s home fans, the temperature at the Buenos Aires autodrome topping 100 degrees at the start of the opening round of the 1955 world championship series. Fangio won, driving solo, but even he needed a pit stop lasting three minutes to cool himself down while drinking several litres of lemonade."

The Drag Reduction System has been with us for 10 years, but to some it seems much longer than that.

I honestly had no idea it was introduced as recently as 10 years again, it seems so normal now, that anyone would think it has always been there.

Surely there must have been something similar before, or was over-taking in the past done ala natural.

Just goes to show how easily the artificial and contrived becomes the normal and acceptable.
Ajaxn