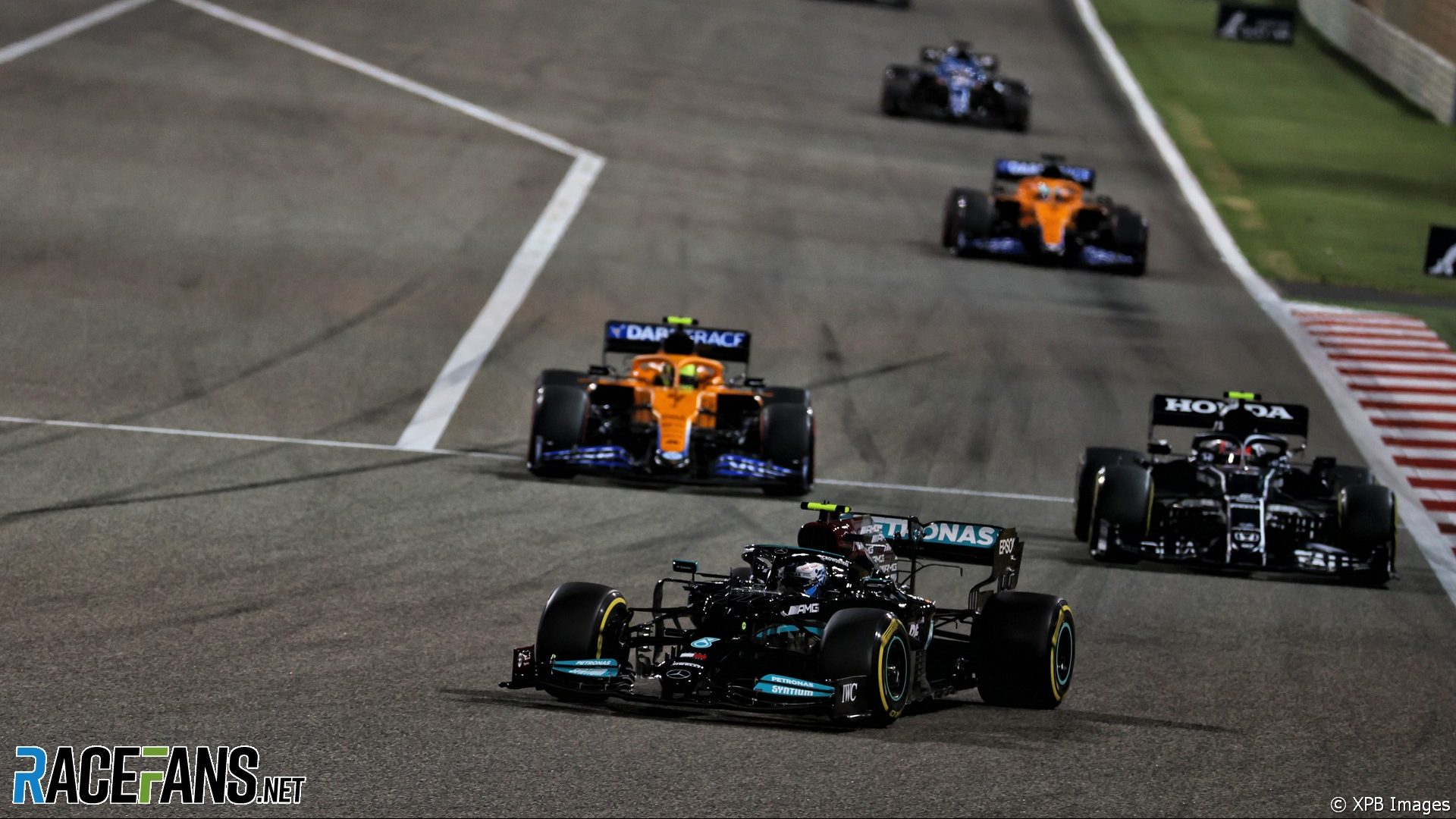 In the round-up: McLaren team principal Andreas Seidl is pleased by how much closer his team was to Mercedes in the first race of the 2021 F1 season.

Lando Norris and Daniel Ricciardo finished fourth and sixth respectively in Bahrain, the lead McLaren taking the flag 46 seconds after race-winner Lewis Hamilton. Seidl declared himself “very happy” with the team’s first race since its switch to Mercedes power.

“The hard work everyone has put in over the winter was paying off,” he said. “It was great to see also in terms of the gap, for example, to Lewis, was only I think around 45 seconds in a race where these guys were proper flat-out. It’s an encouraging sign because it confirms again we made a good step forward with the car and as a team, which is, as I always say, key to get back to the front in some years again and fight for victories.”

However Seidl acknowledged the team faces tougher competition from a reinvigorated Ferrari and, potentially, Honda-powered AlphaTauri.

“A lot of our competitors made some good steps forwards as well. So it was the expected close battle with Ferrari. AlphaTauri are difficult to judge after Pierre [Gasly] had the issue at the beginning.

“But I’m really happy how our team and drivers pulled it off. Obviously it’s the best possible start we could have had to this new season. And thank you also to our colleagues from Mercedes, they worked so hard over the winter together with us in order to make sure we are ready for the first race and now we have the first race together with this new partnership under under the belt and it just feels good.”

Formula 1 CEO Stefano Domenicali says he intends to confirm plans for Sprint Qualifying races this year ahead of the next round of the championship at Imola.

Hamilton, on and off the track (Sky)

"I would say I'm a lot busier than any driver has ever really been."

Pourchaire on strong team mentality following ‘positive’ round one (F2)

"I am still really young, and I did make mistakes. I made a mistake in quali that potentially cost me a place in the top four, and I made mistakes in all three races – but I am learning in every single race."

Mercedes gave to figure out their post-Hamilton strategy, says Gavin:

However great Hamilton is, he is 36 years old. With all the success how long will he continue, how hungry is he? Hamilton has always struck me as someone who is there for the competition – not driving the cars per sae (e.g. Kimi Raikkonen or Valentino Rossi on bikes – They just love racing/driving/riding).

If Hamilton wins another drivers’ championship he moves the bar clear of everyone – most championships, wins, poles, points, laps lead etc… At 37 or 38 will he continue to spend nearly every summer weekend of his life at race tracks?

Mercedes need to risk upsetting the apple cart to have their succession plan in place. The obvious choice for that is George Russell who looks for all the world a top tier pilot. But they need time to bail out of that plan if he turns out to be “only” very good rather than great. Russell on the other hand can’t afford to spend much more time marking his card at the back of the grid.

If Mercedes don’t see Bottas as a potential lead driver there really isn’t a reason to keep him beyond this season (although it depends how “bumpy” the world still is as you need a full pre-season including factory time for any new driver). Russell has been around the team for a while and surely would be no worse than Bottas.

The only way that Bottas stays at Mercedes is if Hamilton signs something like a four-year deal or decides to go at the end of this year (which I don’t see happening – surely he wouldn’t leave to empty stands and a few hand claps from the mechanics?)
Gavin Campbell

Hope you all had a Happy Easter 🐣
For this family, there was only place to spend it together pic.twitter.com/6quCqZe5DC