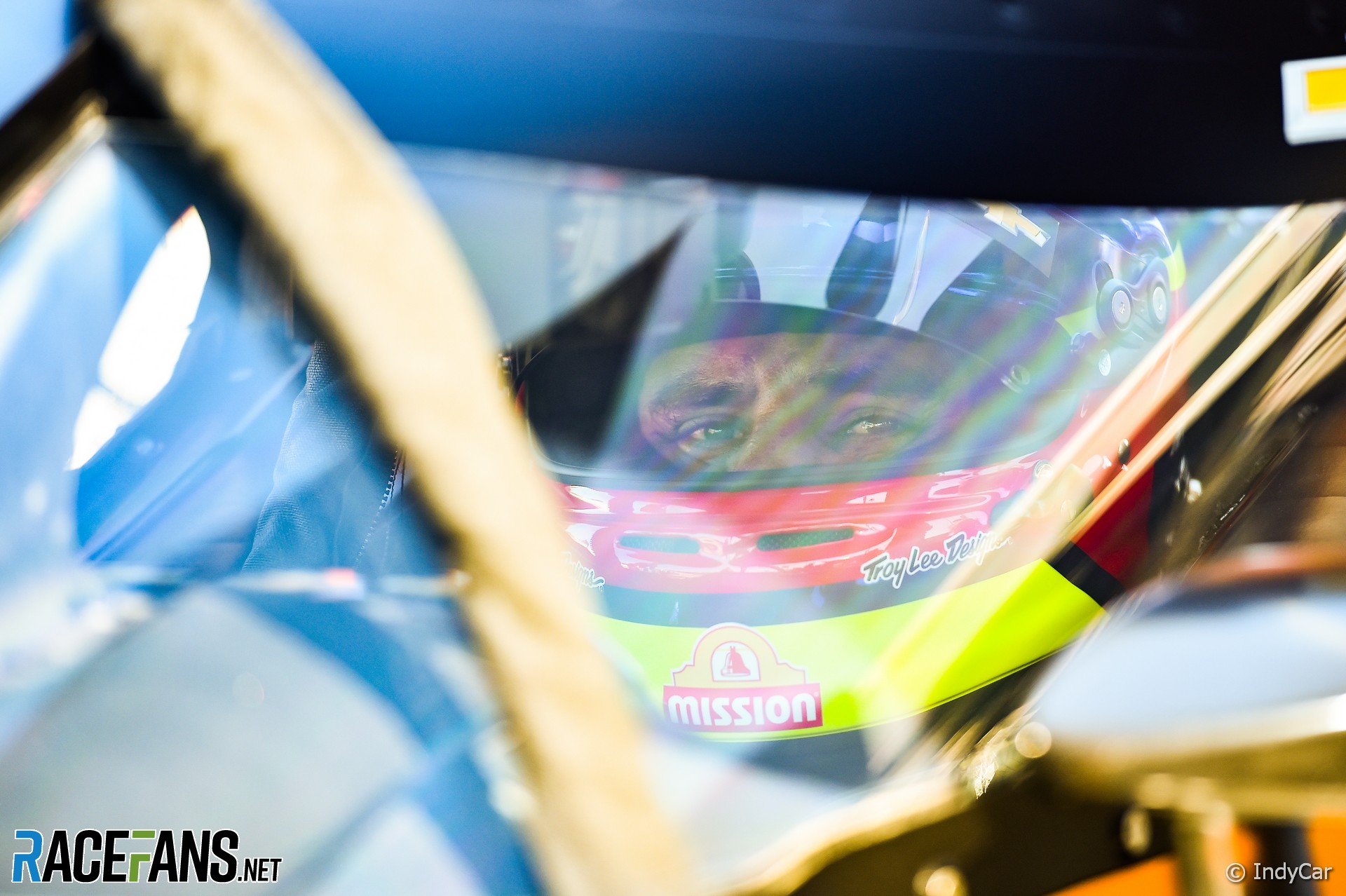 Juan Pablo Montoya said the hotter cockpit temperatures he experienced when he tested an Aeroscreen for the first time left him wishing he could use an open visor.

The former Formula 1 driver, who has chiefly raced closed-cockpit sportscars in recent years, had his first test in an IndyCar fitted with an Aeroscreen last month at Laguna Seca.

“It wasn’t too bad to get used to it,” said Montoya after rejoining McLaren SP for another test at Indianapolis Motor Speedway last week. “I thought it would be a little more intrusive.

“It’s definitely a pain in the butt to get in and out of the car, and it’s a lot hotter. Here it hasn’t been that bad in the oval.

“I did a test at Laguna. In a road course, you don’t get a lot of air. That was kind of shocking.”

The Aeroscreen is similar to F1’s Halo, but includes a polycarbonate laminated screen. That offers drivers extra protection from smaller pieces of debris, but the reduced airflow around the driver also increases cockpit temperatures. Montoya said he would have preferred to use an open visor while driving the car.

“It’s kind of weird because you’re really in a little bubble,” he said. “Once you’re driving it feels a little bit like a sports car.

“But you’re with a closed visor, I still don’t get why you have to run [one]. I don’t think you have to. I think you probably do, but I’m used to sports cars – same thing, you’re with the visor open so you get a little more air.

“It’s good, it’s fine, I think, from the safety point of view. It’s a great thing, it’s a matter of getting used to it more than anything else.”

Montoya said he didn’t find it any harder to drive the car with an Aeroscreen. “Because I come from a sports car and a closed cockpit car, for me, it’s the same thing. It doesn’t really change that much.

“For the guys that are used to the open cockpit, it might be a little harder. I’ve driven a lot of closed cars. Last four years, I’ve mainly been driving sports cars, [LM]P2 cars. It feels about the same.”