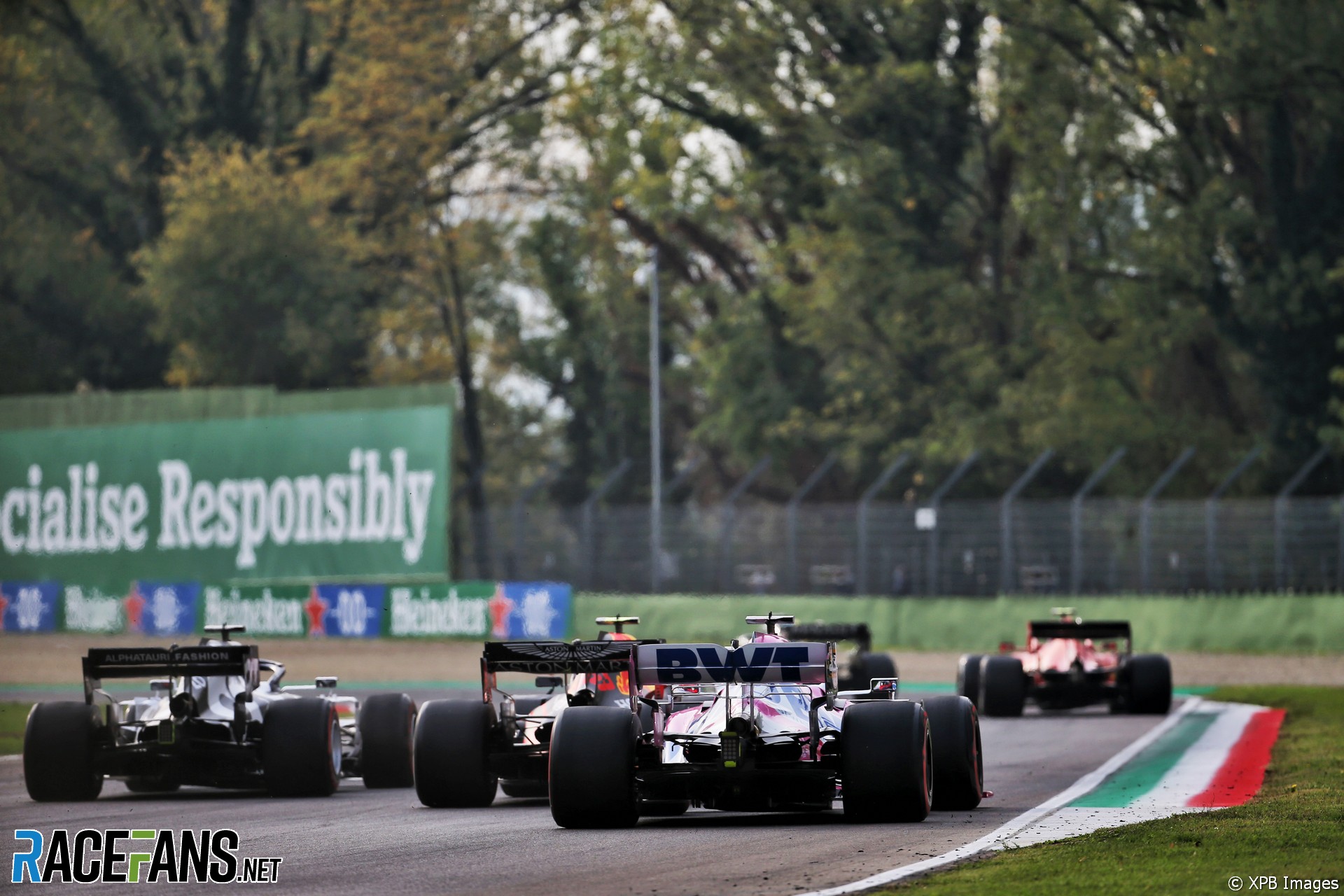 The policing of track limits will be the same in every session at this weekend’s Emilia-Romagna Grand Prix, in contrast to the split approach used in Formula 1’s season-opener.

During the Bahrain Grand Prix weekend, drivers were told their lap times would be deleted if they went behind the red-and-white kerb at the exit of turn four during qualifying but the same limit would not be imposed for the race.

That caused confusion when Mercedes’ Lewis Hamilton was warned for track limits abuse in the race, and Max Verstappen‘s off-track pass there cost the Red Bull driver victory as he had to hand the lead back to Hamilton.

The race director’s notes for Imola show the track limits rules will be applied in the same way across practice, qualifying and the race.

The three corners at the circuit where enforcement of track limits is taking place this year are the exit of Piratella (turn nine), the apex of the turn 13 left-hander and the exit of the Variante Alta (turns 14 and 15).

Yellow kerbing bumps have also been added on the outside of turn 13 and the profiling of the bumps behind the apex kerb at the first part of Variante Alta has now been turned into one long bump in an attempt to incentivise drivers to lower their corner speeds and therefore reduce the likeliness of running wide.

Drivers will be shown the black-and-white flag if all four wheels leave the track three times during the race, unless those occasions include being forced off, with any further repeat offences being reported to the race stewards.

During F1’s return to Imola in 2020 the exit of the Rivazza 2 left-hander, which leads onto the straight that heads towards the start/finish line, was also an area where many ran off the road and particularly in qualifying. The stretch of asphalt immediately after that goes into the pit lane has been resurfaced for 2021, as have many of the service roads around the circuit.