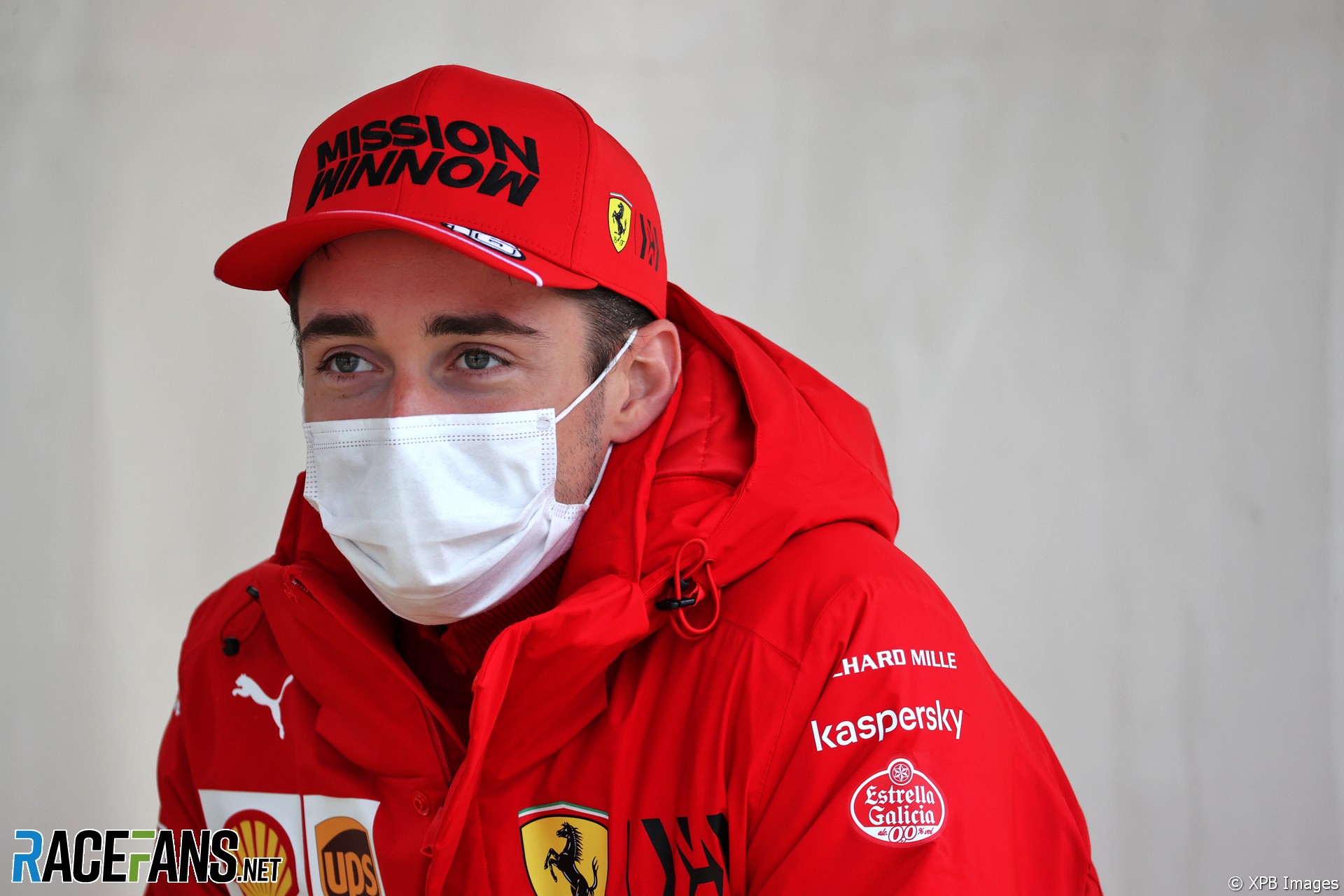 Charles Leclerc says third place in the 2021 constructors’ championship is a “realistic goal” for Ferrari.

The team bagged one place on the second row of the grid courtesy of Leclerc in Bahrain. He and new team mate Carlos Sainz Jnr went on to finish sixth and eighth in the race, putting them fourth in the championship after one race.

“I think a realistic goal for this year would be to be behind just behind Red Bull and Mercedes,” Leclerc said in the FIA press conference before the Emilia-Romagna Grand Prix.

Ferrari fell to sixth in the championship last year. Their 2021 car is closely based on the machine they raced in 2020, but features a revised power unit.

Their development of the current machine will be limited not only by F1’s regulations, but also the team’s focus on designing next year’s car, when a new aerodynamic rule set will be introduced.

Leclerc was asked in the press conference if he believes Ferrari has the right mentality right now to juggle its plans for next year while also making the most of a much-needed recovery after its dismal 2020 campaign.

“I think the mentality is right,” said Leclerc. “On this I have no doubts and I think we are working well.

“At the start of 2020 was difficult to just realise the reality of things and to understand that we were really a step down compared to 2019. But we went through this process in a good way. And then we started to work to reconstruct a little bit of the whole project and, and the mentality is right.

“Everyone is well aware that there’s much more to gain to prepare 2022 in the right way, because these new cars will last for a lot longer, for many years after 2022.”