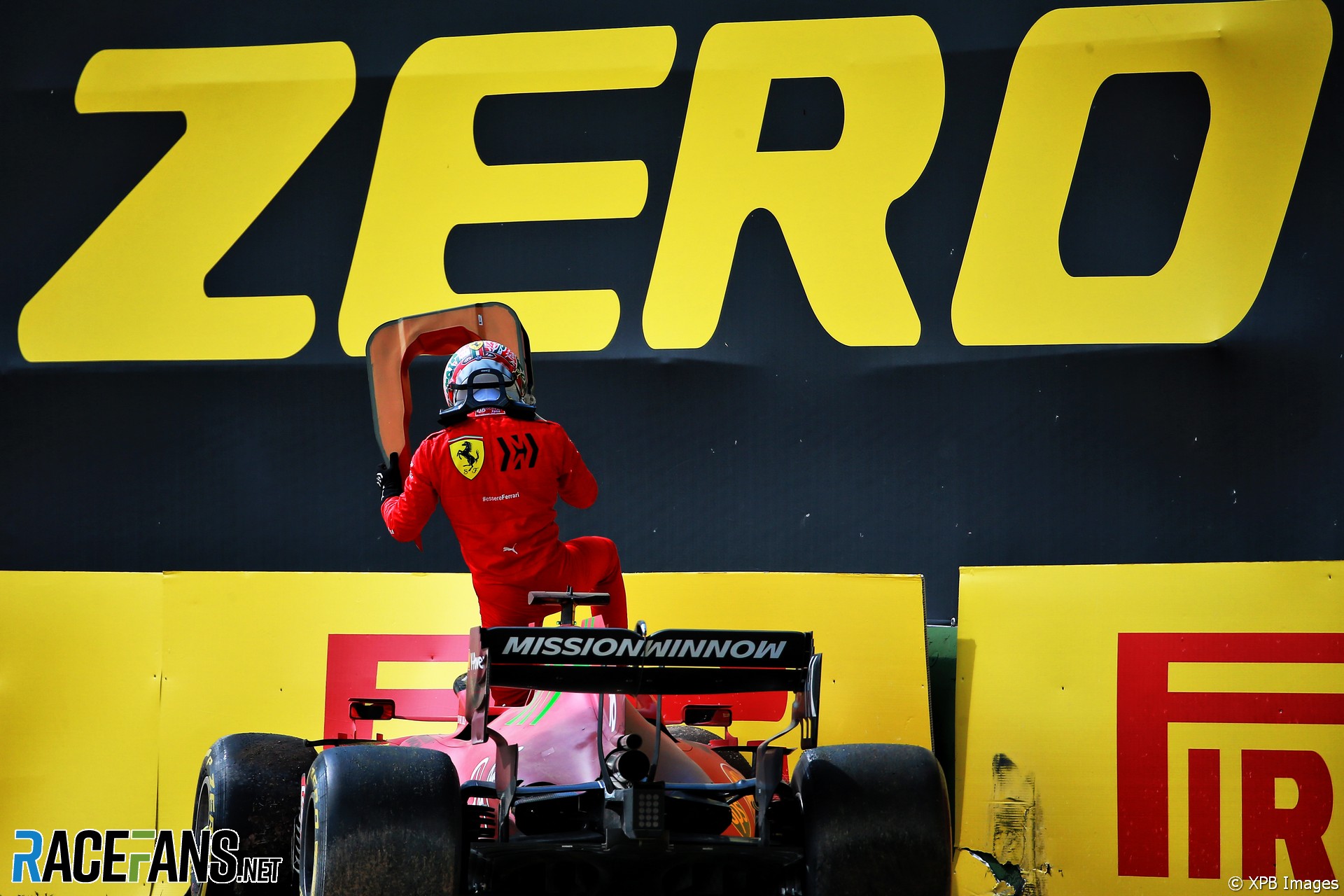 Charles Leclerc is “looking forward” to showing the pace of his Ferrari SF21 in qualifying for the Emilia-Romagna Grand Prix on Saturday, but isn’t sure if Ferrari’s practice position is real.

The team was third fastest across Friday’s two practice sessions. Leclerc even set a quicker time than the pace-setting Mercedes at one stage, but his 1’15.367 lap was swiftly deleted as he strayed beyond the track limits at Piratella.

Instead of finishing the day 0.184 seconds up on Mercedes, he ended second practice 0.820s off the pace and in the barriers. He crashed at Rivazza 2 following a late switch to medium compound tyres.

“Actually there are a lot of positives today,” Leclerc said. “It’s not been an easy day on my side, but the performance has been great for me today.

“Unfortunately we didn’t do the first part of FP1 for a small problem, but then the car felt good, the feeling was good.”

Ferrari team principal Mattia Binotto revealed the problem originated in the power unit, and was worked on so that Leclerc could go on track after the red flag stoppage in first practice, and then run trouble-free in the next session.

“FP2 [was] very competitive,” added Leclerc. “We got our lap time deleted for very small margins in turn nine. But most important is not to do the same in quali.

“But the performance was there too. Also the race pace was good. Then I did a mistake in the last corner and went into the wall. Better do it now than in the race.”

Leclerc put Ferrari’s Mercedes-rivalling pace down to the track rather than changes the team have made since Bahrain.

“It’s all track and temperature-specific because we haven’t changed the car at all. But the car feels a lot better in those conditions.

“The car feels great this weekend, even if we compare to last year. I like the balance of [it].

“If you compare to last year, it felt much better this weekend. The grip is good, the balance is good and I have quite a bit of confidence in the car. So I’m looking forward to tomorrow.”

Despite his optimism, Leclerc said “for now it’s difficult to believe we are so close to the top teams”. He added he’s “pretty sure they have a bit more to come” in qualifying.