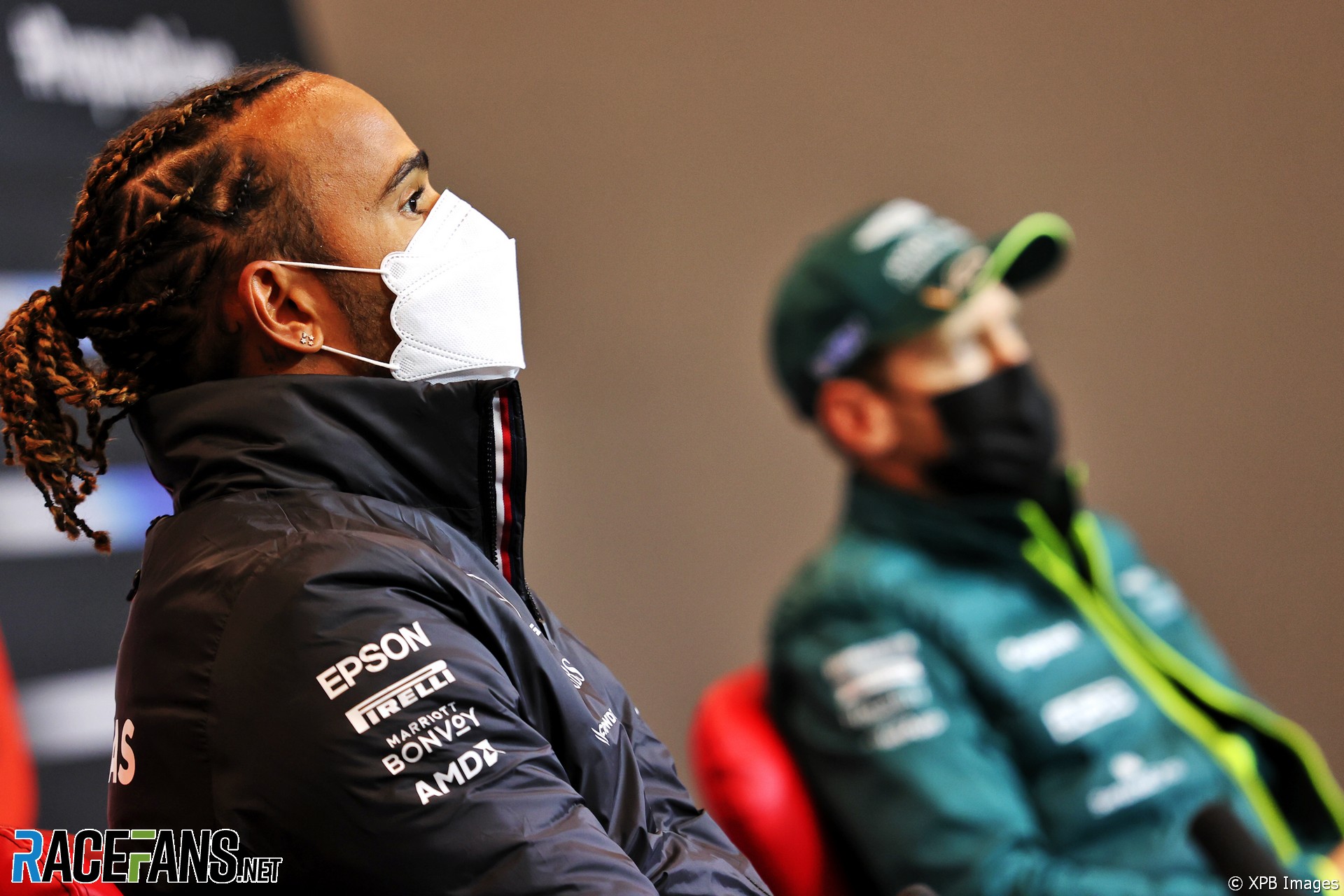 Lewis Hamilton says his past rivalry with fellow multiple times Formula 1 world champion Sebastian Vettel brought him closer to a driver he considers “a great man”.

The 2017 and 2018 championship rivals were paired with each other to face the media in the FIA’s new press conference format ahead of the Emilia-Romagna Grand Prix.

Both enjoyed spells as the dominant driver in F1. Vettel won four titles with Red Bull when they mastered the V8 era, and Hamilton has been the man to beat since the introduction of the current turbocharged hybrid V6 engines in 2014.

Asked about their favourite rivalry from F1 history, Hamilton – the title-winner in 2017 and ’18 – said “mine and Seb’s battles were my favourite” so far.

Hamilton explained what made his rivalry with Vettel, now in a midfield car with Aston Martin, stand out.

“I think it’s just knowing how hard it is to be where we are today, knowing that I was racing against an incredible driver, and not only that, but a great man in Seb.

“He’s a four-time world champion. That is, ultimately, when you’re racing against, and as we were racing against another team at the same time – he was at Ferrari, who were very strong at the time.

“So it took a lot out of both of us, I think, in that period of time to remain focused, to deliver weekend-in, weekend-out. Whilst it was a difficult period for us, I think it probably brought us closer as well because the respect that we have between us I think is huge.”

Hamilton started his season by winning the Bahrain Grand Prix in a fight with Red Bull’s Max Verstappen. Vettel, who has moved from Ferrari to Aston Martin, started last on the grid and finished a lapped 15th in a difficult weekend which included penalties in qualifying and the race.

“It’s different now, of course,” added Hamilton. “If I’m racing with Max, he doesn’t have the background that Seb has, but he’s obviously got the chance of being a future champion and whether that’s now or later depends on the job ultimately that the team and I do.”