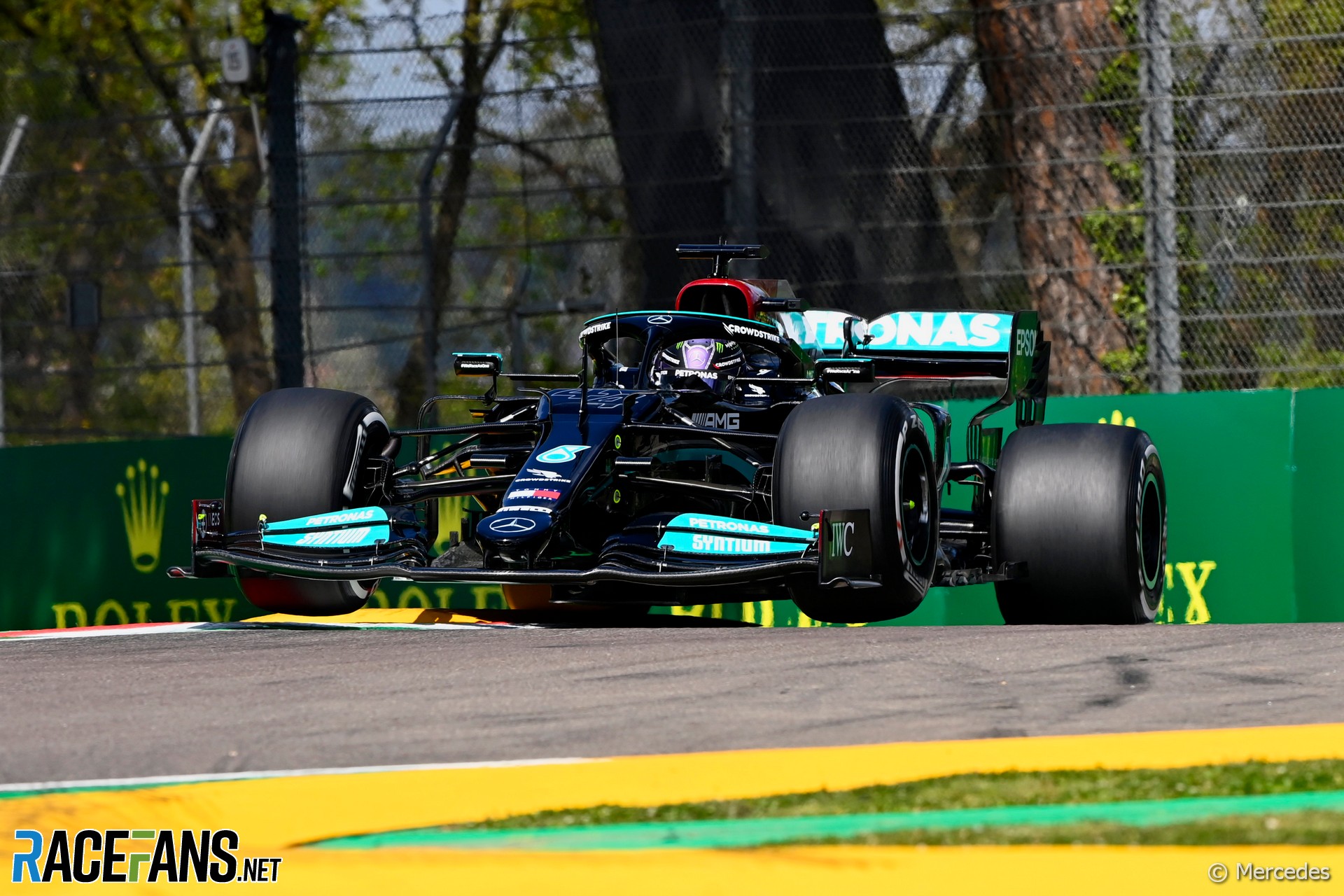 Lewis Hamilton thinks Mercedes’ practice-topping pace at Imola is as much about the circuit better suiting its car as it is gains made since Bahrain.

Red Bull’s Max Verstappen was quickest in qualifying for the first round of the season in Bahrain, though Hamilton won the race. The world champion predicted “it’s going to take everything and more” to beat Red Bull again at Imola.

However Hamilton was buoyed by Mercedes’ apparent progress on the first day of running for the Emilia-Romagna Grand Prix. “The team definitely worked really hard to try to understand what happened in the last race where we were weak and see if we can try to tweak the car a little bit better with set-up,” he said. “But I think the track has also come a little bit more in our direction.

“We started off with a really good set-up, and just small tweaks here and there, but nothing major, no major issues. So far, good pace for us.”

Cooler temperatures in Italy may also have worked in Mercedes’ favour, Hamilton added: “It’s way better. When it’s this cool, I mean it’s obviously a nice day, but the last place we were at obviously in Bahrain it’s so warm so when you go out, already the temperatures are going up.

“The [tyres] are overheating throughout from entry to middle to the exit of each corner. That’s why here you’re kind of in a nice, sweet spot in temperature, so it’s not so bad.”

The track conditions improved between the two practice sessions, with only one support race session occurring between those to add more rubber to the track surface.

Mercedes enjoy a pace advantage of 0.85 seconds over the fastest Red Bull after Friday’s running. But Hamilton isn’t taking that at face value as Verstappen was sidelined with a suspected driveshaft during second practice.

“I don’t think we’ve seen the best from the Red Bulls yet,” said Hamilton. “They look like they’ve had quite messy sessions with traffic and that. So it will be interesting to see tomorrow just how quick they are.”

8 comments on “Hamilton: Mercedes making gains in Imola as ‘the track has come more in our direction’”