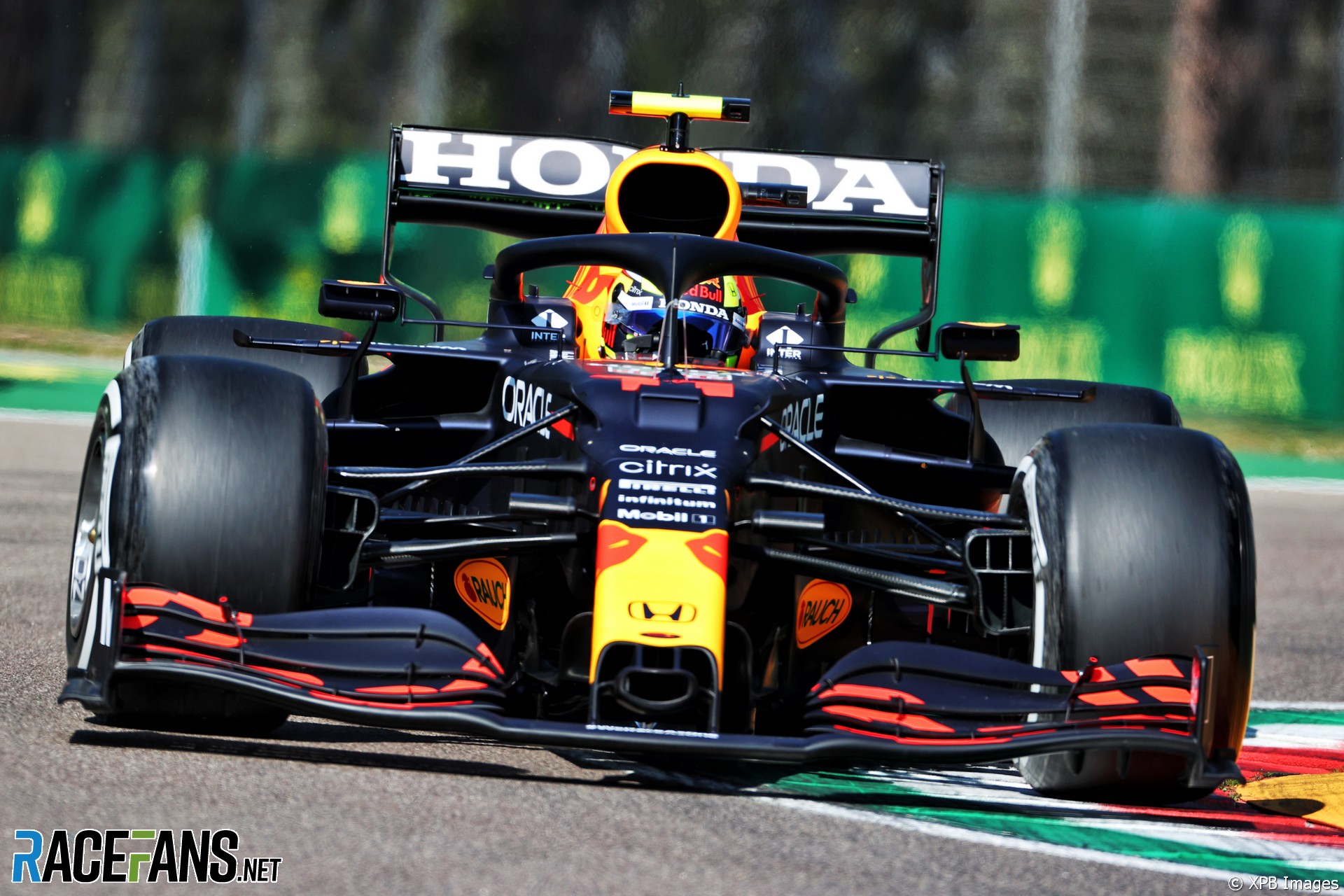 Esteban Ocon and Sergio Perez have been cleared of responsibility for the collision between the pair which caused first practice for the Emilia-Romagna Grand Prix to be red flagged.

The two drivers collided at the first part of Imola’s Villeneuve chicane. Little was shown of the incident due a broadcasting problem at the track.

Teams’ radio communications were also disrupted, which contributed to the Red Bull and Alpine pair making contact. The incident left Perez with a left-rear puncture and Ocon with damage to the front-right of his car.

After speaking to both drivers, the stewards ruled neither was at fault and issued no penalties.

“Ocon slowed before turn five in order to let Perez by, as well as moving entirely to the inside of the turn,” they explained in a statement. “Perez was on a fast lap.

“The two cars reached the apex at the same time, and just barely touched wheels. In the end, both drivers agreed in the hearing that it was an unfortunate miscommunication of timing between them, not helped by the fact that both drivers had limited or no communications with their teams at the time.

“Both drivers agreed that neither was at fault. The stewards therefore take no further action.”

New Red Bull signing Perez and Alpine’s Ocon ended the session in 16th and 17th place, as lap times improved significantly in the restarted session when they were unable to go back on track.

Each of them had been at the top of the timesheet earlier on, when the circuit surface was particularly cool and 19 of the 20 cars were on track to gain crucial mileage of a circuit that, prior to 2020, had not been used by F1 in 14 years.